By applying a human-centric metric, cooling and heating can be optimized for the comfort of occupants.

Purdue University researchers have developed a sensor connected to the internet to help control and cut down on energy consumption through HVAC systems, particularly those used in large office and hospitality industry buildings, but also in smart homes. 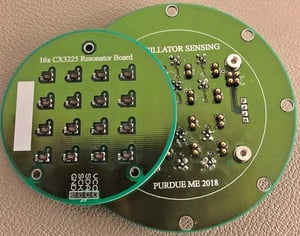 The lower-cost, lower-energy-using carbon dioxide sensor could change the way energy heats, cools and ventilates large buildings and eventually homes, according to lead researcher Jeff Rhoads, a professor of mechanical engineering in Purdue’s College of Engineering.

The technology identifies when carbon dioxide is released into the air by a person, or people entering and breathing inside that space. The sensor detects the CO2 level so that heating and ventilation systems can control the climate and air turnover in spaces that are occupied, instead of using energy to control rooms that are empty.

Rhoads adds that the Purdue sensor also helps address privacy concerns about using camera technology for detecting when someone enters and leaves a room. The researchers are also working to integrate the sensor with other Internet of Things (IOT) building technology.