Recirculating Range Hoods Do Too Little to Protect Your Lungs

The ubiquitous carbon filters such as those installed with over-the-range microwaves show filtration results that go from poor to worse.

While traveling recently, I stayed in an apartment with one of the recirculating type hood fans. I’ve installed many fans that vent to the outdoors, which come with their own caveats (makeup air is required to balance the outflow), but I hadn’t experienced the unpleasantry of indoor cooking without one for many years. 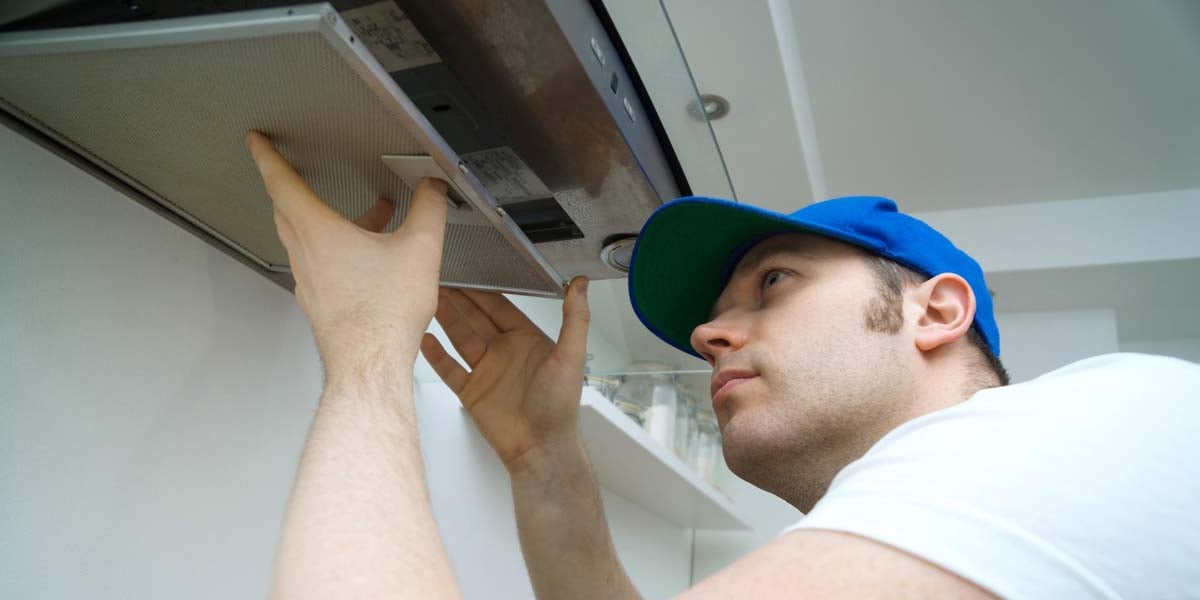 Like many widely used products in U.S. homes, this one’s poorly understood, inadequate to the task, and, frankly, a health hazard. Cooking on the gas top, the smoke alarm in a bedroom 30 feet away would fire off about half the time.

Just how bad do these things perform? I set out to discover some research.

If you follow indoor air quality at all, you’ve heard of pm 2.5. It’s the size of air pollution especially dangerous to human lungs, less than 2.5 micrometers wide. To capture it indoors with any type of filtration media, you need something upward of MERV 10, or a HEPA filter. You also need a certain speed of airflow, and the performance of the filters changes over time (sometimes improving). Gas ranges also produce nitrogen dioxide (NO2).

A study of air pollution from cooking in California made some rough estimates as to how many homes have bad air, based on the popularity of recirculating range hoods. The author writes:

“Logue (Logue, 2014) simulated assuming no use of hoods, that in 55–70% of the Californian dwellings the NAAQS 1-hour acute standard is exceeded during a typical week in winter. By assuming hoods with the effectiveness of capturing 55% of the emissions, the exceedance percentage is reduced to 18-–30% of the dwellings.”

Let me highlight three of the key findings from this study by Plet Jacobs:

The study’s results sum up the problem succinctly. Recirculating hoods remove about 30 percent of PM2.5 particles, and a “fresh carbon filter” starts out removing 60% of NO2, but quickly loses its efficiency, dropping to a dismal 20 percent performance within a few weeks.

So where do you go from here? If you’re a renter or own a home with a central kitchen, adding cooking ventilation to the outdoors may be denied by your landlord, or present a big infrastructure challenge. You understandably don’t want to rip out an entire ceiling to run an exhaust duct to an outside wall. That was your builder’s job, and he frankly failed in an epic way.

Another “fix” suggested by the authors of the study I mentioned is to somehow add filtration to your existing recirculating hood. Ultimately, however, this modification would probably need to be done by the manufacturer, not the end-user. Sorry renters. Your only real avenue for improvement will be to convince your landlord that putting in a proper out-venting hood needs to happen.

One angle you could mention is the fact that recirculating systems, over time, will likely cause staining and odors to lodge in the kitchen. Given the choice of repainting and repairing, installing a ducted system may seem economically prudent.

I’ve seen discussion boards suggesting the addition of an inline MERV filter to a 5-inch duct above the recirculating fan, but no research on how well this filter might work, nor its potential negative impact on the lifespan of the fan. 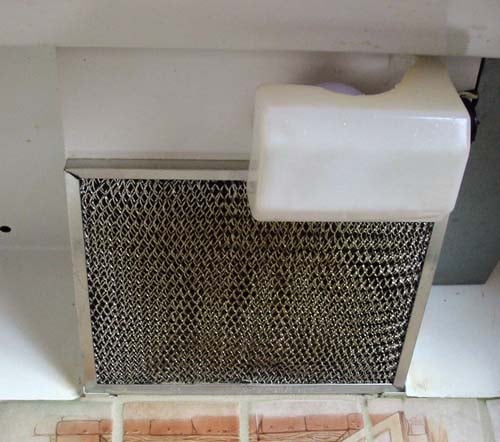 Carbon-type filters in recirculating hoods can drop from 60 percent effectiveness to 20 percent in less than a month. Image: "Grotty Old Range Hood" by lynn.gardner is licensed under CC BY-NC-SA 2.0

I would definitely not recommend a DIY fix, such as taping a MERV filter over the carbon filter. Not only might this create a fire hazard, but it’s also unlikely to work because many of these recirculating fans lack the CFM of airflow to create enough flow through the filter during cooking.

If you take indoor air quality seriously, and many studies suggest that you should, surface-mount the ducting you need and move the pollution outdoors, where it belongs. If you don’t like the look of exposed metal ducts, box it in, and paint it. As a failsafe, to make sure you’re clearing the air adequately, you can add a smart system such as Panasonic Cosmos to your home that senses levels of pollutants in different rooms, then activates bath fans, ERVs, or range hoods as needed to keep pollution down.

To my knowledge, there’s no recirculating hood solution that’s adequate to the task of removing toxic pm2.5 particles and NO2 fumes from cooking. If you believe such a product exists and can document its performance, I’m happy to consider it for an addendum to this article.

The Housing 2.0 program is made possible by the generous support of building industry leaders, including  Mitsubishi Electric,  ZIP System,  Panasonic, and  Schneider Electric.