To House the Many, We Need Smarter Data 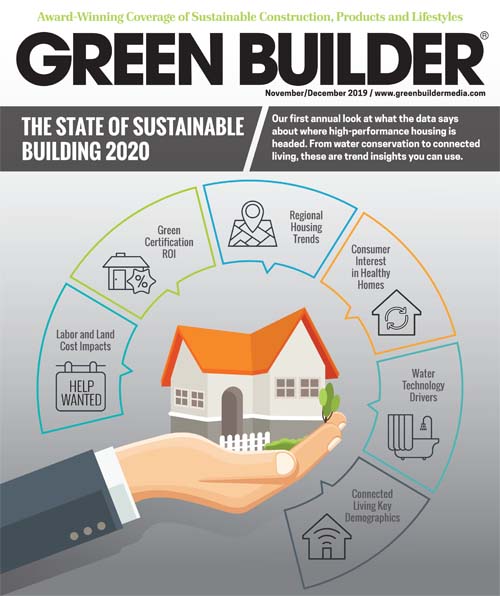 A perfect storm of labor, regulatory, land and materials costs have crushed the housing market to half its former size. Can data transparency revive the boom times?

Builders often take the heat for high housing costs. But often, they’re playing the role of reactors, not actors. That’s not to say there aren’t some operators out there who ask too much in terms of margins and do inferior work that’s destined to cause heartache for homeowners.
But by and large, these are not the readers of Green Builder. What’s facing our sector—the high-performance segment of the homebuilding industry—are powerful external forces, including labor shortages, radical tariffs on lumber, a dysfunctional lending system and populations migrating toward urban hubs.

END_OF_DOCUMENT_TOKEN_TO_BE_REPLACED

The All-Electric Home Has Arrived 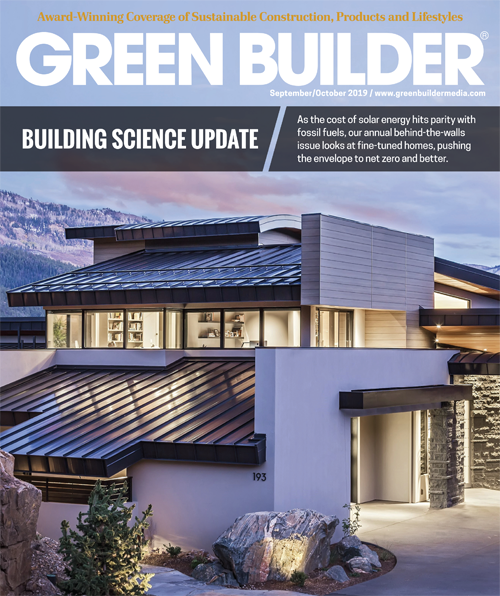 It’s no coincidence that housing’s transition from fossil fuel-based heating and appliances to all electric concurs with the dropping per-watt cost of renewable energy.

I read recently that the city of San Luis Obispo, in Central California, is considering rewriting its building codes to support all-electric living. New homeowners will have to pay extra to install gas appliances, stoves, heater and dryers—and that money will be put toward carbon offsets. The goal is to help the city reach carbon neutrality by 2035.

END_OF_DOCUMENT_TOKEN_TO_BE_REPLACED

Feeling Down? Try Some Actual Reality 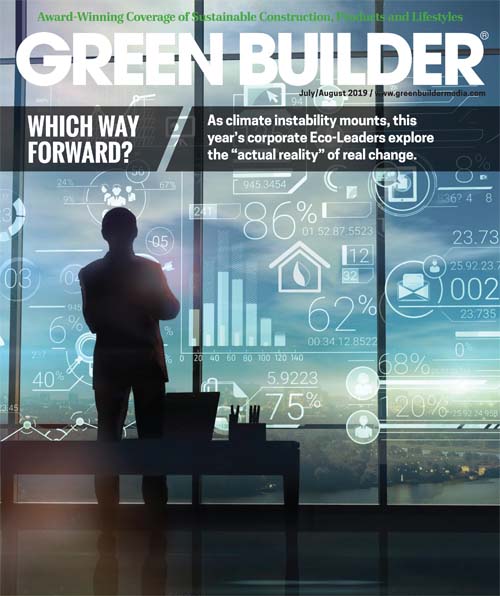 Today’s many man-made crises can be addressed, but not if we listen to hucksters and sociopaths.

More often than not, predictions about the future get it wrong. As recently as the late 1960s, when the population was 3 billion, author Paul Ehrlich’s warnings predicted in The Population Bomb that humans would overwhelm Earth’s resources within 10 years, leading to vast famines, war and collapse. We’d be living in a “Soylent Green” world, eating each other to survive.

END_OF_DOCUMENT_TOKEN_TO_BE_REPLACED

The baby boomer generation has entered the period of life when it needs assistance to live comfortably and independently. Just in time, assisted living technology could offer a pathway to what boomers want most.

Chances are, you’ve already encountered the reality of aging in America, through a family member or on your own. And unless you’re very wealthy or live on a commune, it’s far worse than what you expected.

END_OF_DOCUMENT_TOKEN_TO_BE_REPLACED 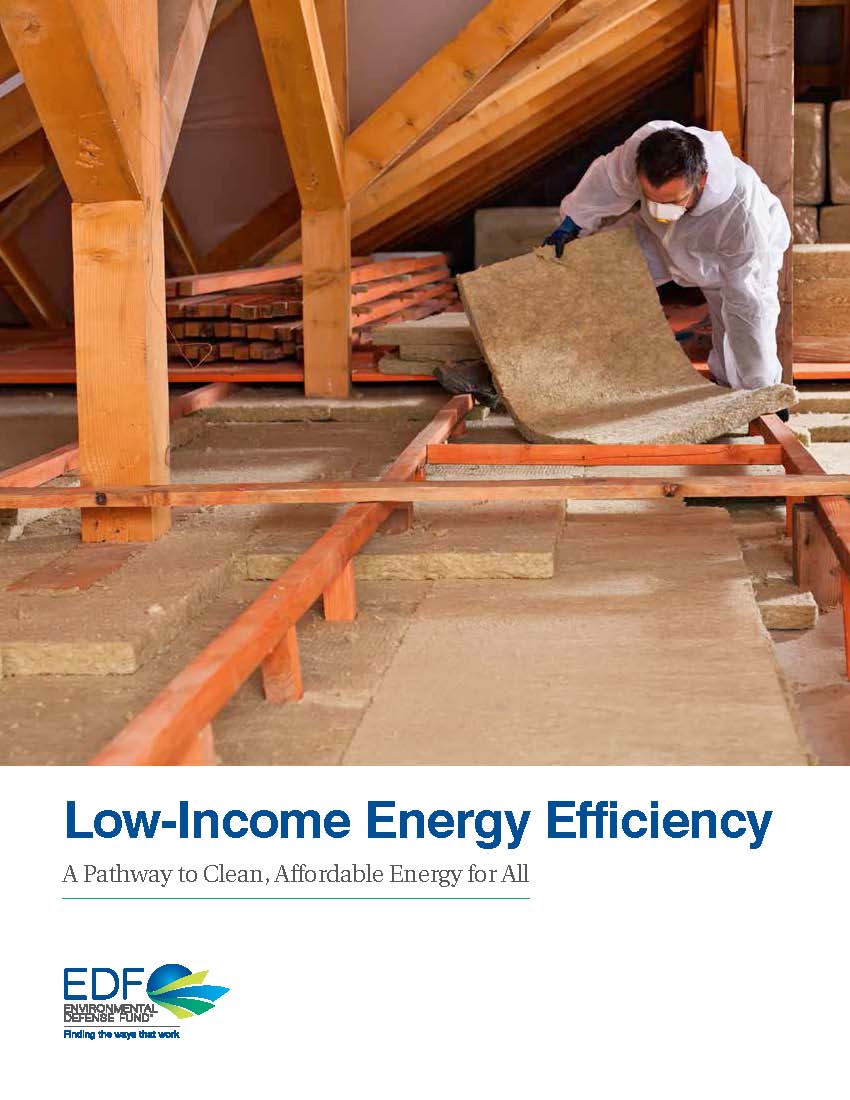 Human nature is  a fickle thing. Builders with good intentions with regard to housing performance and sustainability often run up against would-be homeowners who care about little other than square footage and countertop materials. For years, those of us in the "green" camp of construction have sought the magic bullets that will convert everyone to the side of conservation and responsibility. To date, our strongest allies have probably been the ever tightening parameters of building codes. The time is rapidly approaching when no new home in the U.S. will be built with less than Net Zero-plus performance.

In the meantime, however, we have roughly 130 million existing homes in need of performance upgrades, and with the advent of certain new technology, these under-performing homes, for better or worse, will have no place to hide.

This technology is data sharing via interactive maps.

For example, Gainesville, Florida, has launched a Beta website called Gainesville-Green.com that publishes the relative energy used by different house parcels in the same neighborhood. This interactive mapping system allows homeowners, utilities and city officials to quickly identify individual homes and entire neighborhoods that use a lot more power than their neighbors.

Peer pressure from neighbors has historically proven an effective method of getting people to tighten up. According to Popular Science, studies by Opower and other organizations have shown significant reduction in energy use by neighbors, when presented with the fact that their neighbors are doing upgrades.

END_OF_DOCUMENT_TOKEN_TO_BE_REPLACED 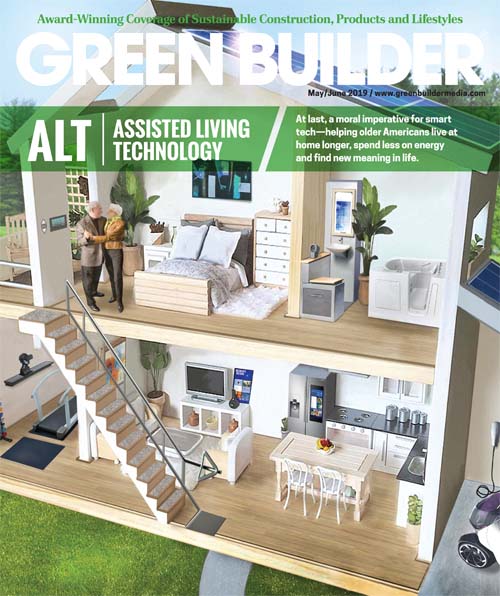 Often, the dark side of technology seems to outweigh its value. Too late, for example, are we learning about Facebook’s role in spreading hate speech, fueling conspiracies and generating false news. Watch a few episodes of “Black Mirror” and you’ll see many examples of technology’s disruptive potential. But does technology have to careen out of control?

END_OF_DOCUMENT_TOKEN_TO_BE_REPLACED 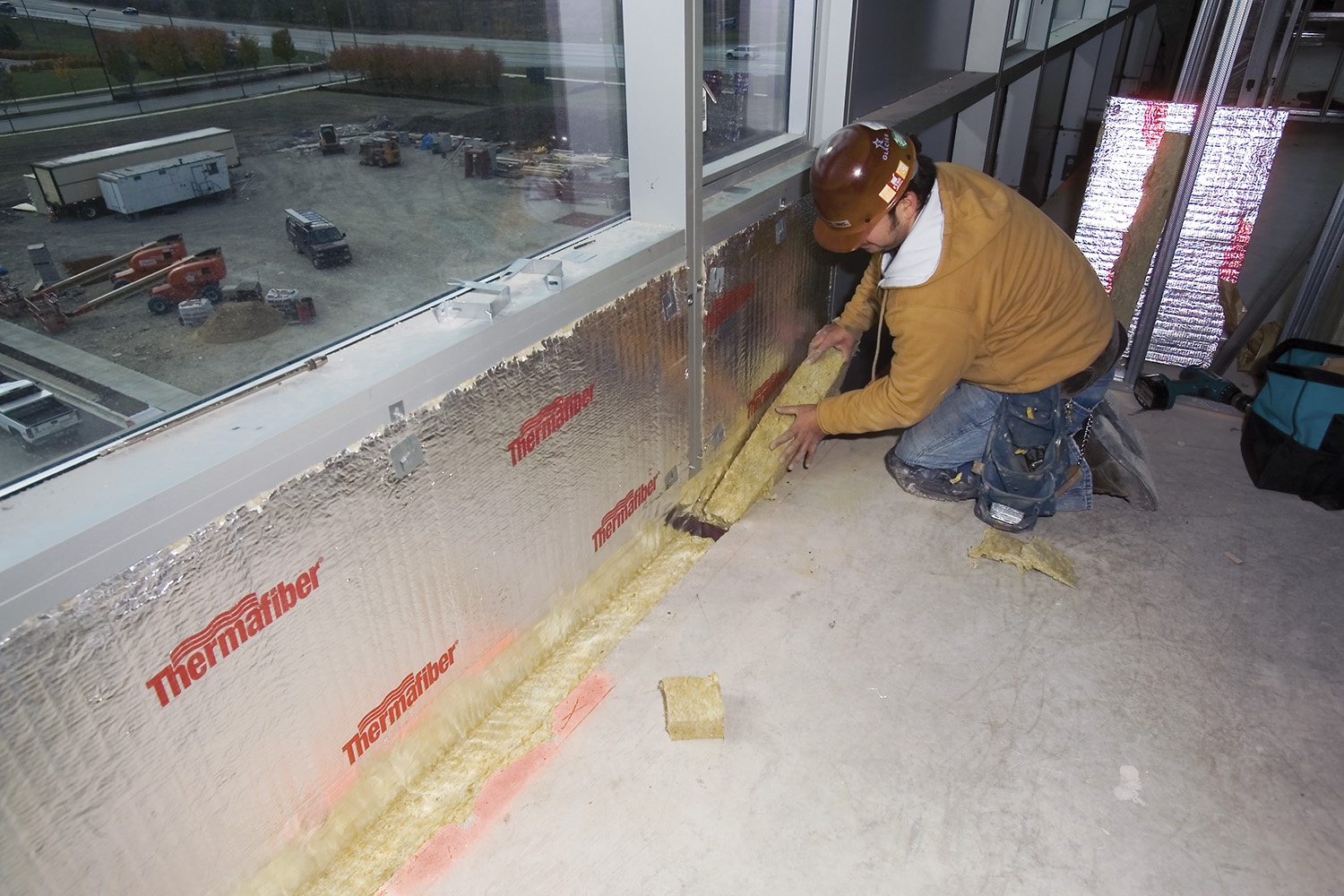 Recent disastrous fires and changing codes suggest that rigid foam cladding is too risky, but mineral wool can fill the void.

Since the catastrophic Grenfell Tower fire in the UK in June of 2017, questions about the safety of cladding commercial structures with rigid foam continue to arise. To be clear, concerns about low-rise residential properties seem less urgent. The issue is whether structures that contain large number of people—apartment buildings, office complexes, schools and hospitals-- are put in harm’s way by continuous rigid foam-based cladding.

END_OF_DOCUMENT_TOKEN_TO_BE_REPLACED

What makes a great brand, when it comes to earning and keeping the mental space of sustainability? Let me give you two examples: Owens Corning and TOTO.

END_OF_DOCUMENT_TOKEN_TO_BE_REPLACED 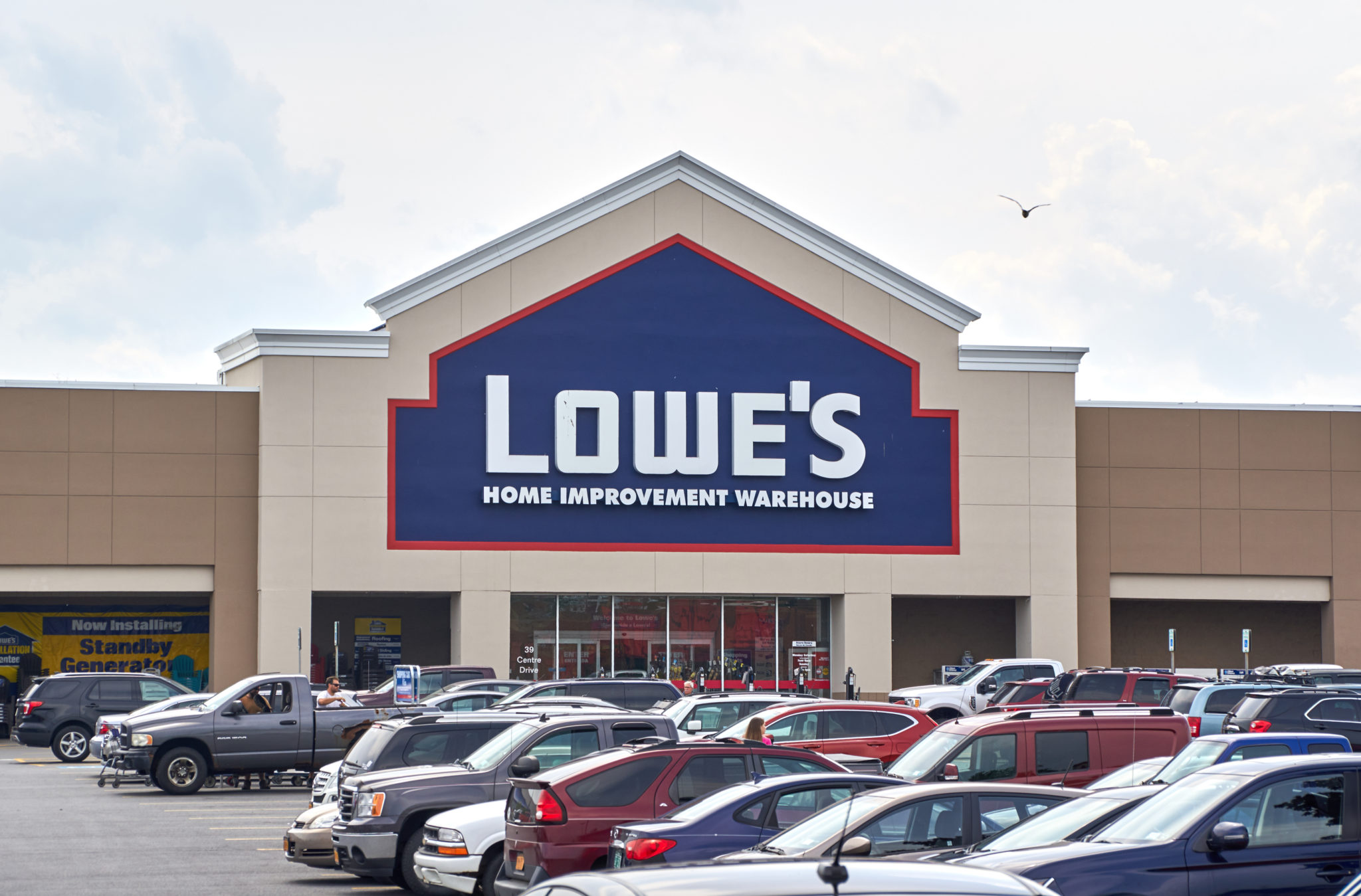 When employees lack the flexibility to fix customer issues on the fly, corporate should bear the blame.

Box stores such as Lowes want a lot. They want to “own” the DIY consumer market, but also to gain the loyalty of building pros. But here’s a message for all of the suits at Lowes, who set the mission statements, goals and employee handbooks. No customer should ever leave the store fuming, as I did today.

END_OF_DOCUMENT_TOKEN_TO_BE_REPLACED 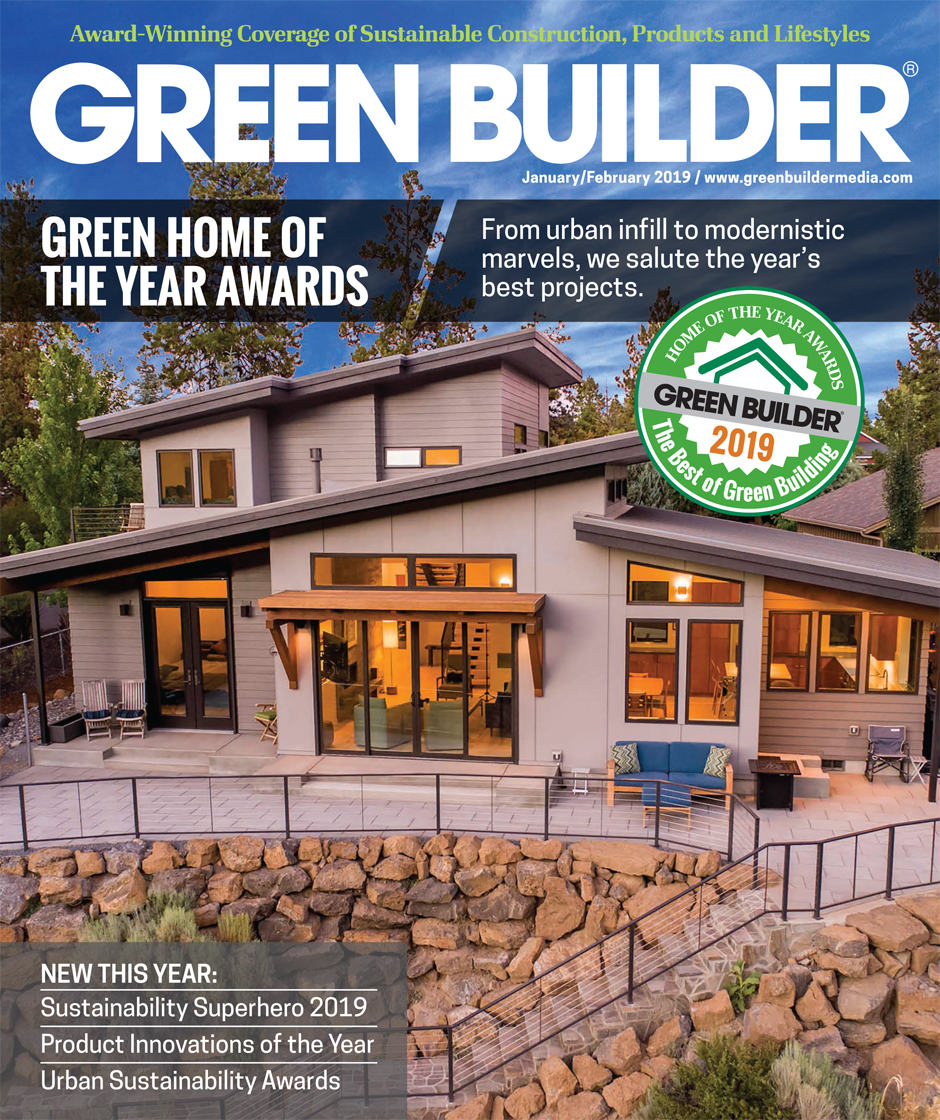 It’s very easy to go wrong. I think of my poor neighbor, who remuddled together some cliché ideas about luxury with efficiency upgrades, festooning his bright and airy apartment building with dark wood floors, crypt-like basement bedrooms, and over-the-top moldings and cabinetry, to end up with a colorless, gloomy space with the feng shui of a hotel lobby.

END_OF_DOCUMENT_TOKEN_TO_BE_REPLACED 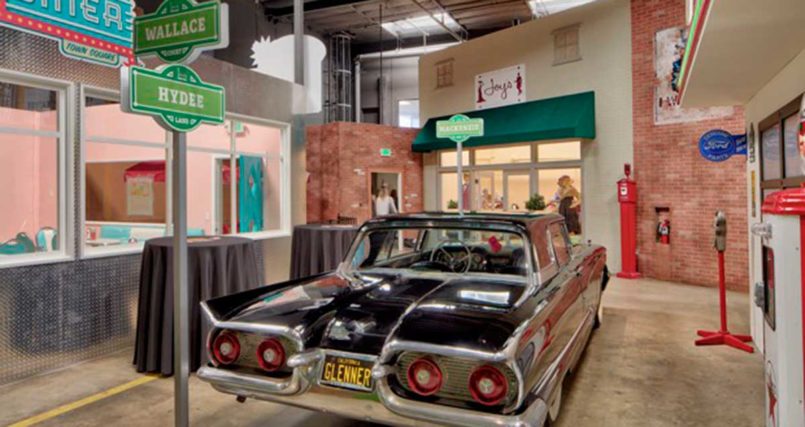 Manifesting an alternate reality that fuses Pleasantville with One Flew Over the Cuckoo's Nest, daycares for the forgetful require some soul searching.

IF A FRIEND HADN'T SENT ME A LINK TO THIS STORY, I would have thought it was “fake news.” But this is no hoax. A place called Glenner Town Square really exists. It’s a faux community, if you will, a partial replica of long-vanished, airbrushed San Diego. The 9,000-sq. ft.  "town" has been carefully constructed to resemble mid- to late 1950s San Diego, built inside a 20,000-sq. ft. industrial building.

END_OF_DOCUMENT_TOKEN_TO_BE_REPLACED 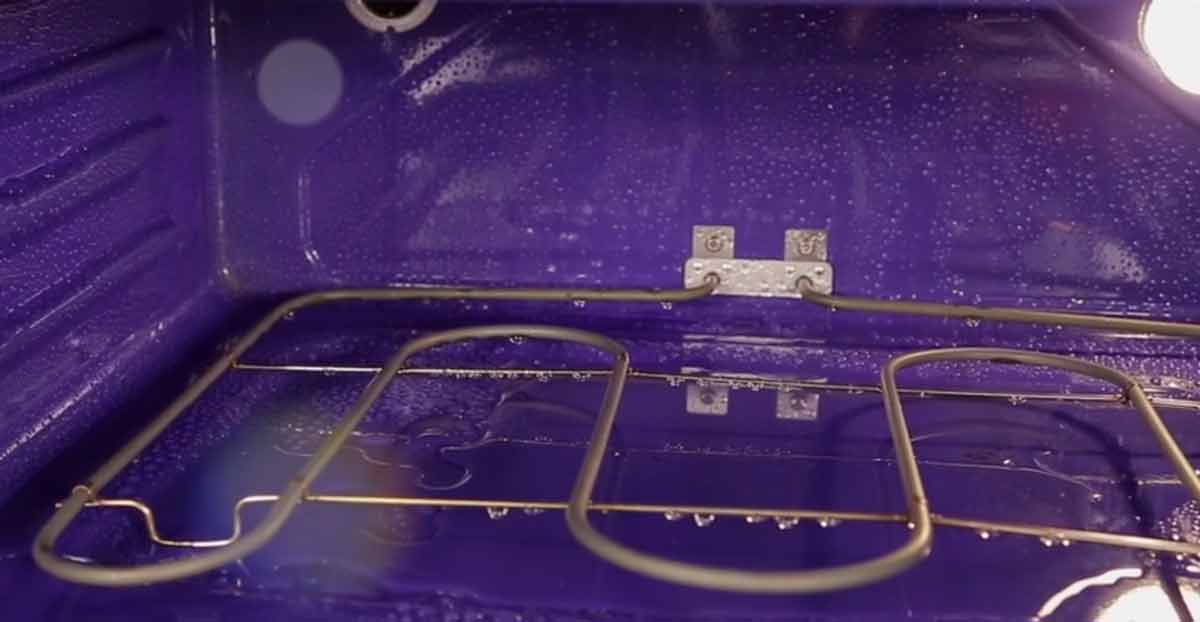 Among the thousands of useless whiz-bangs and comfort enhancers, these gadgets raise the sustainability bar.

IN MY THREE DAY SOJOURN through the thundering carnival of CES, a few products and services cut through the clutter to offer real problem solving. Some save energy. Others help seniors stay in their homes longer. Still others prevent damage to homes or optimize entire apartment buildings so they can "talk" to utilities. Some simply encourage more cooking at home. All warrant a second look.

END_OF_DOCUMENT_TOKEN_TO_BE_REPLACED 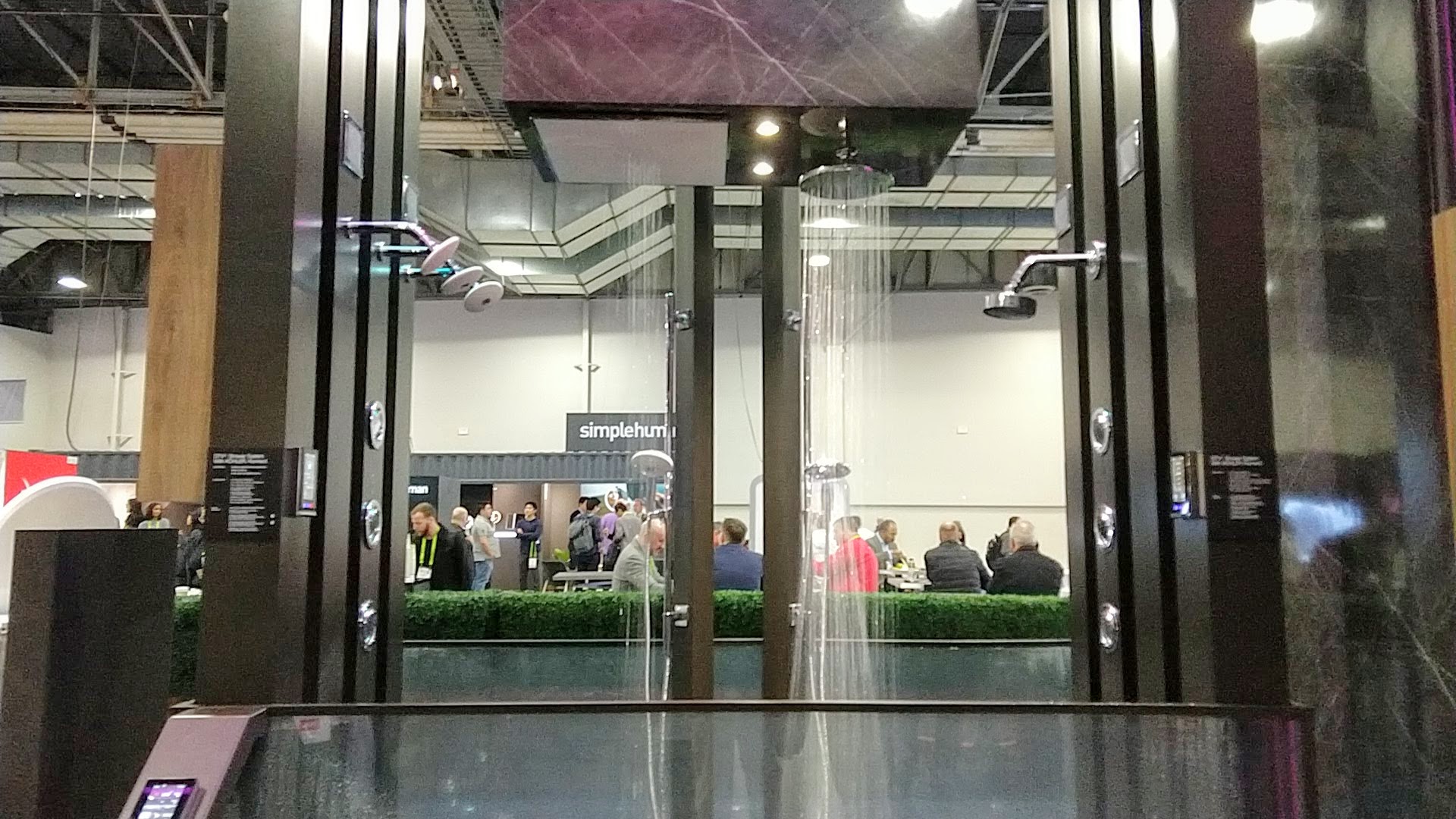 At CES, the company is promoting Alexa-enabled faucets, vanity mirrors and water guzzling showers over performance and efficiency.

Perhaps I expect too much. But in the more than two decades I’ve been attending trade shows and writing about building products, Kohler has consistently been one of the good guys. They always seemed to be making forward strides to reduce water waste, educate the public about conservation, and tighten up their vast manufacturing facilities.