Roads Made with Recycled Plastic Bottles a Game Changer

Adding plastic from 150,000 bottles per lane, per mile, to old pavement, this company claims their repaving lasts 2-3 times longer than standard road improvements.

A new technology from a company called Technisoil Industrial, based in Redding, Calif., is pilot testing pavement made with recycled post-consumer plastic waste. They call the material G5 Binder.

A few years ago, I predicted that highway paving would go plastic as part of my award-winning “Celestia Project” about how life might look in the United States in the year 2100. This step forward into recycled roads (and away from traditional asphalt) is long overdue. They’re not the first company to begin experimenting with polymer-based road construction, but they do seem serious about moving their product into the mainstream.

What makes the road technology and the process compelling are several key aspects of how it’s used to recycle existing roads.

Another aspect I really like about G5 is its qualities with regard to cracking and potholes. The polymer-reinforced pavement so far has been shown to have more resistance to this common type of damage and wear. Most important, use of recycled plastic in this way could reduce the greenhouse gas emissions of re-paving by as much as 90 percent.

Recycled plastic is added to existing pavement that is torn up, reconditioned and reapplied in the same place, resulting in a much more crack-resistant end product. Photo: Technisoil Industrial

What are plastic roads? 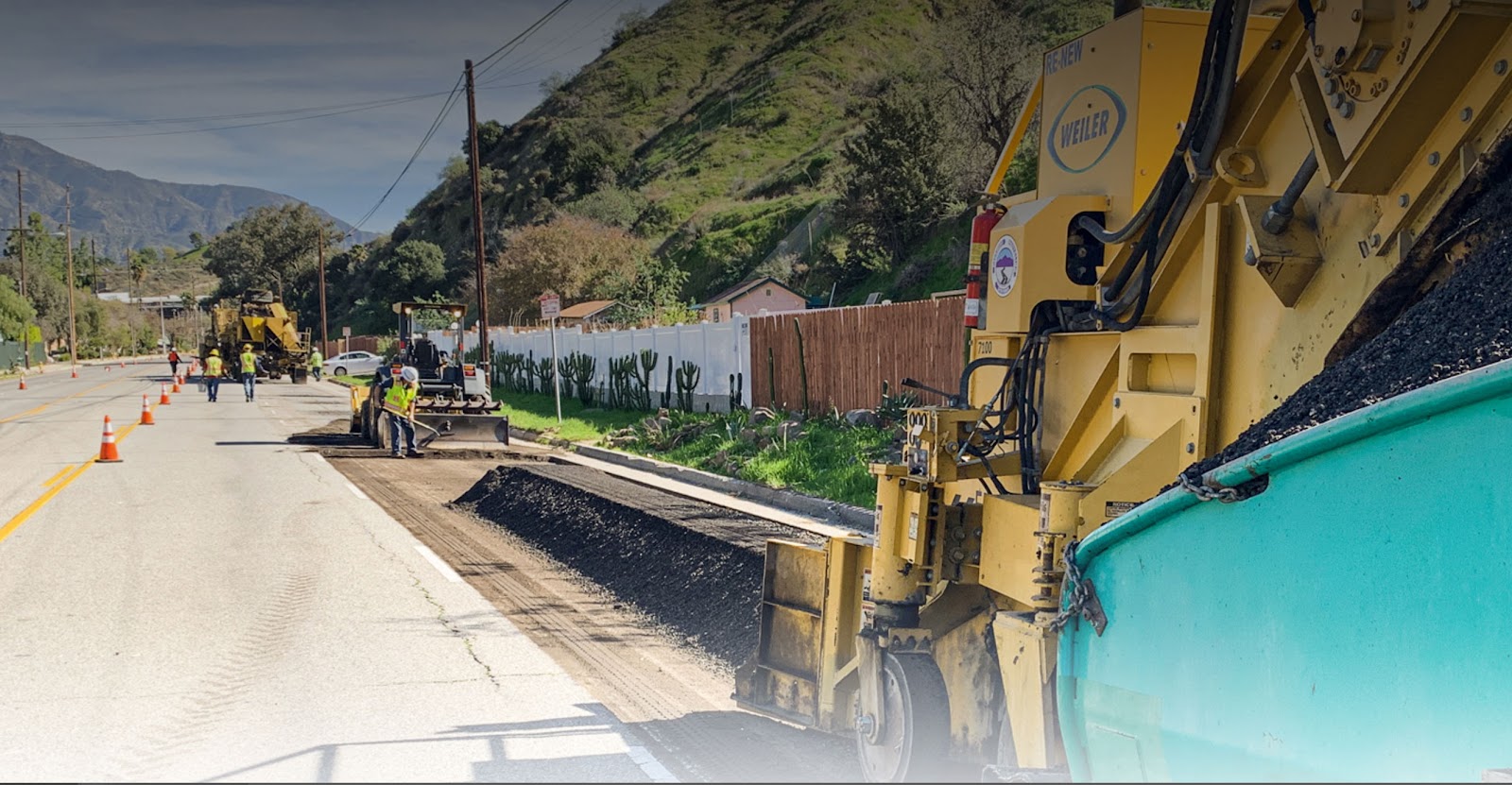 Plastic roads are ground-up recycled asphalt combined with a new type of binder (the glue that holds roads together). This binder consists of virgin or recycled polymer (plastics).  In terms of sustainability, the latter has a lighter environmental footprint. At least two companies, one in the UK, the other in California, are testing and applying plastic-infused asphalt in small stretches of road, although large, commercial applications could be realized soon.

The production of asphalt for use in paving creates numerous health and environmental problems. A petroleum-based product that has high VOC (volatile organic compound) content, asphalt is considered not simply an irritant, but also carcinogenic, by the US Dept. of Labor. In addition, it has a very high embodied energy. In other words, the costs of using asphalt in our public spaces extend well beyond the hard costs of the material. Workers exposed to it can develop serious cancers, and asphalt binders can leach heavy metals and other toxins into waterways for years. New, promising alternatives to asphalt include recycled plastic binders.

Where can I see a plastic road?

Not far from Houston is a Dow factory site, where engineers have put down pavement made with recycled plastic. It’s no coincidence that the road (which existed prior to this pilot) is named Plastics Road, and is located on Dow’s Lake Jackson campus. The company replaced nearly 3,000 square feet of a two-way road that passes by one of their polyethylene plants, with pavement made from post-consumer plastic--primarily melted down plastic bags.