Before you shrug off self-driving cars as yet another future prediction that people won't accept, think like a Bosch executive.

Why would a company like Bosch be spending millions to research autonomous vehicles, if the technology is such a long shot? They see where things are headed. 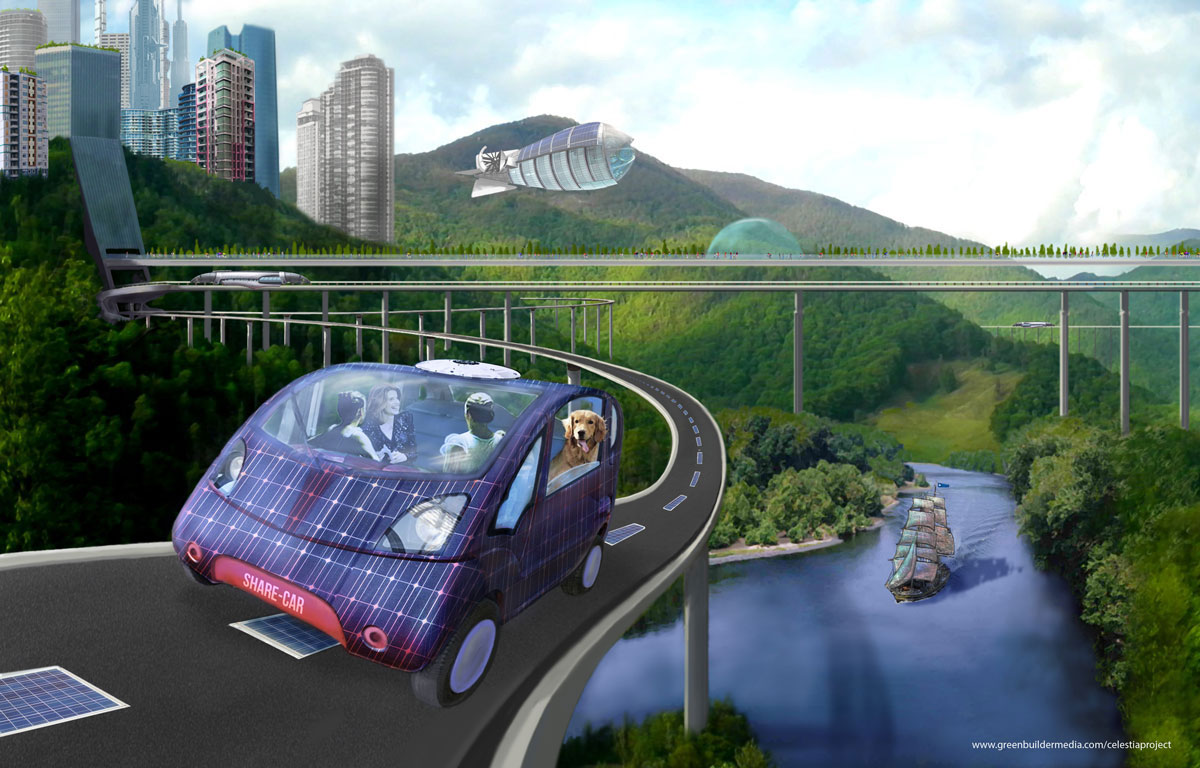 Road Smart. This depiction of an autonomous car of the future from Green Builder's Celestia Project suggests that electric vehicles may recharge along the way, by means of wireless charging systems built into roadways, a technology that already exists.

To understand their enthusiasm for a technology that would ask people (especially Americans) to give up their presumed love of the "freedom" of the open road, of driving where, when, and however fast they want, talk to a Millennial.

The new generation of drivers don't think like their baby boomer parents. To them, driving is not a pleasure, it's an inconvenience that interrupts their ability to stay in constant contact with social circles via texting or other mobile device.

Here's just one of the studies suggesting this trend.

Not everyone agrees with this conclusion, of course (notably some of the more entrenched auto industry PR firms,) but as the father of a 20-something who has no interest in driving, owning or insuring a car, I'm not so skeptical.

WHILE WE'RE ON THE TOPIC, the texting while driving issue is terrifyingly common. Last week, while driving on the New Jersey turnpike, I asked a friend to count how many drivers we saw texting. She counted 10 cars, with 7 of the drivers actively reading or texting on their smartphones in a period of five minutes.

This article lists a bunch of apps that shut down the texting capability of a phone while driving. I see nothing immoral about installing it on ANY phone, not just teenagers. Half the people I saw texting were 40-plus.Let's save some lives. Would you feel bad about hiding a bottle of whiskey from your alcoholic spouse if she had it in her cupholder in the car? Texting is a similarly dangerous impediment to driving.