Winning series highlights a sustainable, joyous life in the year 2100 with resilience, renewable power and a restored natural balance.

The judges have spoken: Green Builder's nine-part series on life in an “Ecotopian” future received one of journalism’s most prestigious awards, winning an Eddie in the national Folio competition, up against top entries from several of the construction industry's biggest publishing companies.

"It really gives you hope that the public is ready for a new direction, a vision that is not dystopian, but positive, constructive and hopeful," says series author Matt Power, Editor-In-Chief of Green Builder magazine. 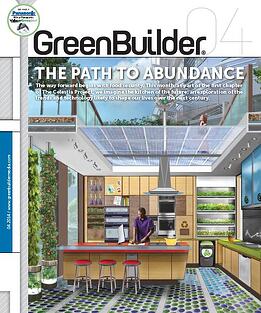 The Celestia Project was a massive project that took a year to produce, and includes dozens of original illustrations, complex timelines, videos and research on current and evolving trends that are pointing toward sustainability. Topics include:

What happens now? Green Builder continues to incorporate the themes from the Celestia Project into its vision of right-sized living, smart cities, and an empathic, compassionate future. Download the free, interactive Celestia Project Ebook.