Dry Times. Tips for Keeping Your Lawn Alive in an Age of Water Rationing

Maybe the time has come to give up lawns altogether, but it you're not ready yet, here's how to squeak by on as little water as possible .

Lawn watering is growing controversial, especially in areas experiencing drought. It might just be time to give up the love affair with grass, at least grass one has to mow. In extreme dry spells, some lawns do go dormant—but how dormant and for how long depends on grass genetics and health. A Buffalograss species is shown below. 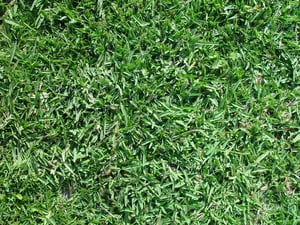 Texas A & M University Extension Service, no stranger to drought, says about grass varieties, “Buffalograss, Bermudagrass and some of the zoysia varieties will probably survive without irrigation. They will become dormant until the drought ends, at which time they should green up again. Grass varieties such as St. Augustinegrass, centipedegrass, tall fescue, and some other species may be severely damaged or die during extended periods of drought. You may have to replant dead areas after the drought ends.”

Arizona has an eradication program for some non-native grasses, such as Buffelgrass. Buffelgrass is an invasive. Buffalograss is much prized, native, drought tolerant and really was buffalo food. University of Arizona Extension Educator/Agent, Rob Call, writes that the difference between the two grasses is like the difference between night and day. “Buffelgrass is an invasive species to be eradicated at all costs, while Buffalograss is a native grass much prized as a drought-resistant turfgrass. Buffalograss is so-called because it was the principal food for the huge herds of bison (“buffalo”) that once roamed the Great Plains.”

Are Lawns Worth Saving?

The Lawn Institute, a turf industry-backed organization, suggests that grass is good, and worth keeping around. They make some good points. Lawns do produce oxygen, sequester carbon and generally keep temperatures in suburbs and urban areas coolers. Of course,.trees and other plants provide the same benefits, but grass is not "evil," per se. A better case may be made against grass when you look at how it's typically managed. Regular mowing reauires polluting equipment, and a lawn, unlike perennial plants or fruit trees, creates no food. So unless you're letting it grow wild, or using it for grazing a goat or some sheep,  most lawns are really just ornaments on your property that don't pull their own weight.

Nonetheless, let's assume you're not ready to convert your lawn to a permaculture oasis: Here are the Lawn Institute's best practices for shrinking water use:

For more information about lawns and lawn care maintenance click on The Lawn Institute.