As solar storage and electric vehicles become mainstream, careful management of batteries can make or break them.

I learned a couple of years ago that the proper way to us a battery is not to simply charge it up, drain it down to nothing, and charge it up again. My learning curve occurred because I had just purchased an electric trolling motor for a small boat. I had two heavy-duty 12-volt gel-type batteries on board, and hoped to travel 6 miles one way for a there-and-back-again day trip.

At about the end of the first leg, however, both batteries had dropped to about 20 percent power, and I had to do some hard rowing to get back to my starting point.

To make matters worse, my batteries were never quite the same. No matter how long I put them on the charger, they didn't achieve more than 80 percent of their former glory. 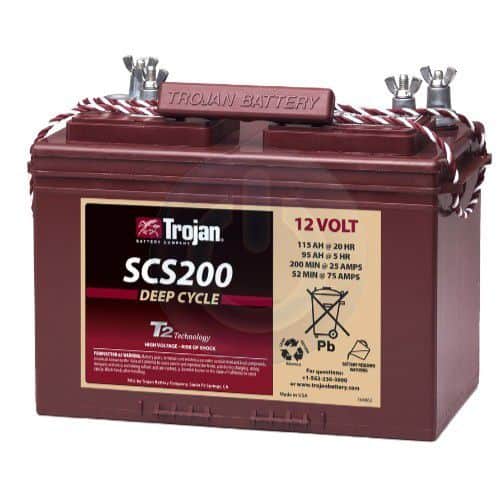 Charge Wisely Even the best heavy-duty deep cycle batteries need careful management if you want to extend their lifespan to its maximum. MORE INFO

So I asked around, and did some research. What I learned is that, depending on the type of battery, deep discharge is a bad idea.

I think what's happened is that we've become used to thinking about the Lithium Ion batteries in our cellphones. We charge them frequently, often draining the phone completely before doing so, without noticing any severe effects on charging ability. But these small batteries have very different characteristics than a deep-cycle lead acid battery of the type used in most solar storage systems.

Deep cycle batteries, can handle more significant rise and fall of charge, but that's true only to a point (typically down to about 20 percent of capacity). A battery allowed to drop too low--to 12.1 volts or lower--now has its lifespan drastically reduced.

According to the Deep Cycle Battery Store, "a deep discharged battery is good for only so many cycles (from as low as 20 in an automotive battery to 180 in a golf cart battery, with the typical RV/marine battery good for no more than 30)."

I'm sure most of us want and expect more than 30 charging cycles from any battery.

The best way to make that happen is to monitor battery health, and never allow the battery to "deep discharge." The chart below can help you in estimating the state of charge of your batteries.

Temperature has some bearing on battery life and performance as well. Batteries generally perform better in higher temperatures, but they also lose their charge more rapidly in storage, if stored in a hot place. The second priority for extending the life of deep cycle batteries, then, is proper storage.

Along with how a battery is used, other variables greatly impact battery life. Trojan Batteries offers the following tips on keeping batteries viable and extending power output: