By using the natural insulating qualities of soil and an innovative, fast assembly method, this company is challenging the sticks-and-bricks model.

Not only do these unique building structures enjoy as much natural light and fresh air in their living spaces as conventional homes, but they require just a fraction of the electrical heating and air conditioning, amounting to significant savings over time.

“Our homes have the same doors and windows and meet all the same building codes,” explains Pearcey, founder and owner of the Durango, Colo.-based Formworks Building. “People still call it a radical design, but it is anything but that. In fact, the homes are safer, stronger and 90% more efficient.” 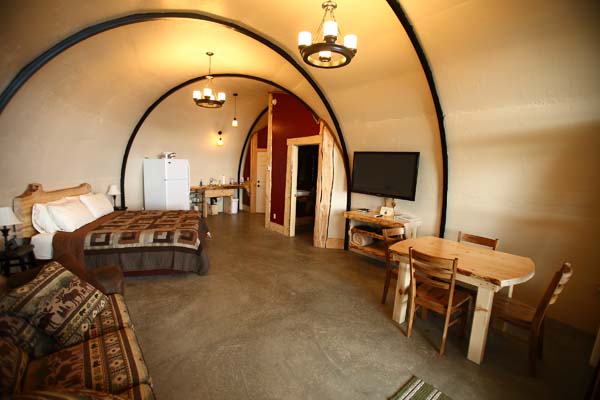 With the majority of the building shell underground, a very high level of protection is afforded, making the homes ideal for people interested in resilient housing in tornado- and earthquake-prone regions. Meanwhile, the Earth’s passive heating and passive cooling properties significantly limit temperature fluctuations inside the space, translating to very small heating and cooling bills.

Living in a Formworks Colorado home himself, Pearcey reports that he consistently keeps the indoor temperature between 72°F and 74°F, and last year, his heating bill amounted to just $250. Add solar energy, or another renewable energy source, and you are looking at a zero net energy house.

“If you took one of our homes and placed it next to a conventional home, both with 30-year mortgages, and if the owners of our home just took the energy savings and applied it toward the principle, 15 years down the road, the Formworks home will be paid off. You’re looking at a lot of savings,” states Pearcey.

Formworks has built thousands of homes throughout North America since Pearcey founded the company in 1979, but the process has yet to kick into the mainstream.

The fact is that most homeowners have difficulty getting past their preconceived notions of an earth-covered structure, so at present, it’s the more progressive folks, along with forward-thinking consumers, who are carefully considering the ongoing costs of operating their home, and willing to stretch their minds. 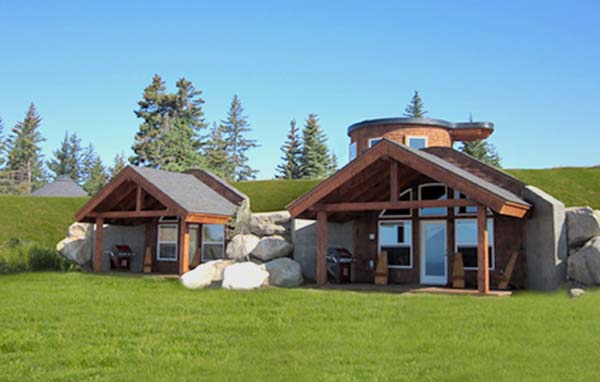 For those who do take the Formworks plunge, the advantages are compelling.

“If you take a close enough look at this, as a homeowner, you have to be asking questions,” notes Pearcey. “At the end of the day, no matter what reason people build for—safety, security, energy efficiency, cost effectiveness, or low maintenance—the fact is that the homeowner winds up with all of the benefits.”

Aesthetically, some may not go for the domed, igloo look, but the building system which Formworks has developed is so flexible that the endless configurations and shapes can be custom created to one’s liking. In fact, the front façade can even take on the look of a conventional homefront, with the rear of the structure subtly tucked underground.

Another neat aspect of Formworks homes is the Frank Lloyd Wright-inspired way in which they elegantly blend into the terrain.

“We go into a building site and we create a pad to work from,” explains Pearcey.

The same dirt which was pushed aside to erect the structure is then used to cover the building, often creating a green roof and the plethora of benefits which come along with it, be it insulation, stormwater management, acoustics, longevity or aesthetics.

In a nutshell, curved horizontal rebar interlocks with structural steel beams to create the wire frame. Once liners are placed on the interior, the dome is sprayed with Shotcrete and then waterproofed.

Over time, Formworks has created a well-engineered, prefabbed system which can be shipped anywhere in the country, and erected without specialized training.

“Once the shell is up, everything converts to fully conventional building practices, so we’ve made it very straightforward and easy to build,” he explains. “Basically, we’re competing dollar for dollar with conventional construction.”

While semi-underground homes are still considered a novel construction approach, the ever-growing sustainable building movement is certain to drive things along. And as more folks become familiar with its impressive list of benefits, “earth-sheltered” is well posed to eventually re-define itself. 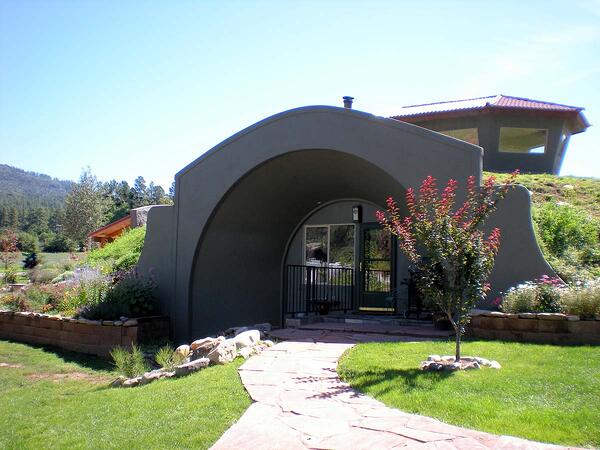 “Our customers fill out a questionnaire and give us site information,” Pearcey says, “and we come up with a preliminary design that fits the structure into the site. The design at least serves as a good starting point. Size and configuration of the shell, where it’s positioned in the ground, where the rooms are located in the interior, the number of openings, etc.—that’s the starting point.

“One of the advantages of this building position is that it’s so flexible,” he adds, “and we’re not tied to certain modules, It’s tough for most people to even think about what they might wind up with. If you evaluate the cost of owning and operating a conventional home, we are so dramatically more efficient.

“In many cases,” he continues, “these homes have turned out to be totally self-sufficient, in that one could live comfortably in the home if the power went out. Electricity is used to tweak the temperature just a few degrees.”

Amanda D’Aleo, Dale Pearcey’s daughter, also lives in a Formworks home. She credits Formworks buildings with reducing heating and cooling costs by 90%, through a process called the thermal flywheel effect. The thick layers of concrete and earth surrounding the dome act as an insulator, neutralizing dramatic temperature fluctuations.

D’Aleo adds that underground homes are often misunderstood by the general public. Far from being damp, gloomy caves, the designs include large windows and a ventilation system to keep air fresh.

Unorthodox, eco-friendly architecture has been in the Pearcey family’s “vision” for decades, beginning in about 1979, after a decade of international turmoil—notably the 1973 oil embargo and 1979 Iranian Revolution—caused fuel prices to skyrocket. In response, Pearcey began designing dwellings with an emphasis on self-sufficiency. Perhaps the “perfect storm” of high energy prices, better educated consumers and extreme weather events will give his company a broader reach in coming years.

Barbara Horwitz-Bennett is a business reporter, writer, and editor specializing in the building and construction industry.

Originally posted in 2014, this article has been republished to highlight its building science topics.