The Internet Trolls Are Coming for Induction Cooking

Before the misinformation gets too deep, here’s an attempt to clean up the mess they’re dumping online. Remember, trolls fear the daylight. Here are 10 myths about induction cooking you need to know. You have to pity journalists. Even when we put out accurate, scientifically based information to the world, we have to brace ourselves for a heaping bowl of hate made up of anecdotes, cherry-picked narratives and wacky non-sequiturs, sprinkled with fragments of truth.

Predictably, when WIRED published an article recently extolling the virtues of electric induction cooking over gas, more than half of the “comments” they received fell into what I would call the “troll” category.

Granted, the article wasn’t perfect. It left out some genuine caveats about induction technology, but  the misinformation excreted by the trolls quickly overwhelmed the good intentions of the writer. Let me try to take a hose, some soap and a scrub brush to these comments, before they start to grow into toxic beliefs.

Also, since we’re stumbling around in dark, stinky underworld of the trolls, It’s only fair to wildly speculate about a counter-conspiracy theory: Is it possible that the oil and gas industry, sensing an existential threat from clean renewables, might be tempted to hire its own army of trolls to put out misinformation about electric induction? Maybe we should filter anything these trolls deposit online through a big lump of cynical earwax.

Induction Is Not the Cause of Your Headaches 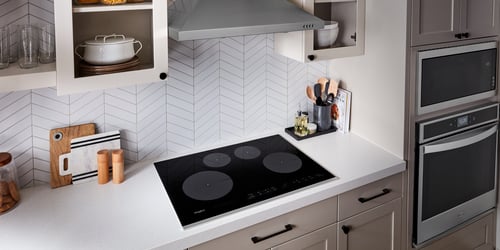 Ann Nolan, a culinary training chef in Chicago for Whirlpool , uses induction cooking for its precise control, speed, efficiency, and cleanability. From a safety perspective, the cooktop can’t be beat: It boasts cool-to-touch surfaces and does not pollute indoor air with carbon monoxide.

One of the commenters said he stopped using his induction stove after he got an “ocular headache” a couple of times while cooking. According to medical experts, however, no negative health symptoms have been linked to induction cooking. These ocular types of headaches are linked to “harsh lighting, long screen time, other visual strain, stress, dehydration, food additives and other causes.”

The reality is that you’re far more likely to suffer health issues from cooking with gas. New research has found that gas cooking releases carcinogens that even a range hood does not capture.

Gas Cooking is Not More Efficient than Induction

One guy from Vermont argued that because his electric bill is $150 and his gas bill is $60, he should do everything with gas, including cooking. Let’s parse that out.

In some regions, natural gas is less expensive per therm than the kilowatt hour cost of electric. (I’ve left out the conversion math here, for simplicity.) You need to use about twice as much of it to achieve the same cooking energy.

Now factor in the fact that all that waste heat from gas goes into your living space. Dealing with it will either require more ventilation, more air conditioning, or both, reducing a home’s energy efficiency. Also, consider that natural gas prices in the US have more than doubled in the past year, and are expected to rise another 25% this summer.

The bottom line: Even if electricity were to cost twice what natural gas does, as it did a year ago, you would be using about twice as much of it to accomplish the same cooking. Factor in the additional HVAC load and even if gas returns to pre-2021 prices, induction efficiency is a least on par, if not superior.

Nuclear is Not “Clean,” and Gas Does Not Outperform Solar

So much is conjectural about these assertions. First, the premise that nuclear power is viable can quickly be eviscerated by the recent experience in places like Ukraine, where multiple compromised nuclear power plants proved how fragile nuclear power is to protect and maintain.

Nuclear power requires a “Nanny State” government to police, maintain, and oversee it for centuries of operation. How many governments last that long? And that’s not even to mention the disposal of spent fuel problem that will haunt future generations.

Fusion power would be great, but is still a distant dream. Even the rosiest scenarios put harnessing it off until at least 2035. Shall we wait until the planet boils to take the fossil fuel problem seriously?

Finally, gas is decidedly not more “efficient” than solar, for cooking or otherwise. A couple of years ago, solar panels actually dropped enough in cost so that they now beat gas in terms of cost per unit of energy.

This is Not a Coal Versus Gas Decision

Another comment from the trolls suggests that gas cooking is preferable, because electricity for the induction top is coming from coal-fired electric plants. There’s a grain of truth there, but no context.

Coal is an undesirable, dirty energy source. But phasing it out has become a Climate Crisis imperative.  And natural gas is not “clean.” Extracting it from the earth causes layer upon layer of environmental degradation.

Conversion to all electric living and induction cooking is the best technological transition available at this time, one of many shifts necessary to avoid suicide for our species. If we hope to hang on to any semblance of our current lifestyle, we simply have no choice but to go electric and renewable.

On the contrary, arguably the best pots and pans for induction are heavy, easy-to-clean cast iron, a favorite of chefs the world over, although you can also use enameled cast iron or most stainless cookware. Does anyone really believe that cooking in aluminum and (PFA coated) Teflon pans is better?

Induction is Not an Exceptional Risk for Pacemakers and Defibrillators

In general, devices with magnets should not be used around pacemakers. For example, you should not go through a metal detector, or hold an electric guitar within 6 inches of your chest. While no one has studied this closely, the science suggests that if you don’t lean down and put your pacemaker a few inches from the magnets, you’re unlikely to have any problems.

Induction Cooktops Do NOT Break Down Constantly, Just Sometimes

Some of the trolls flung out concerns that induction tops will break and need constant repair and upgrading. The reality is that different brands have much different service records.

What’s not shown here is the “average” service rate for cooktops, which is about 9.5%. That means that eight out of ten of these induction brands had a better-than-average service record than other appliances, including gas ranges.

Some of the criticism is valid, however. Induction tops are hard to repair because the magnets are under glass, and technicians may not understand the tech. Let’s hope induction makers develop some products with replaceable components soon.

The service rates above are based on a minimum of 20 cooktops sold, and a total sample of over 400 cooktops.” Induction performs much better than the average appliance at 6.1% for the category versus over 9.5% for appliances overall.” Source: blog.yaleappliance.com

Builders Are NOT Driving the Induction Bus

Apparently trolls haven’t met many builders. (Maybe they’ve eaten a few, and didn’t like the taste.)

Builders generally take the path of least resistance, rather than leaping toward new technology. I just received a couple of letters this week from readers, complaining about a house we gave an award to that had a natural gas boiler in a brand new, otherwise high-performance house. If anything, builders are being dragged reluctantly toward induction because their clients continue to fantasize about gigantic, commercial looking gas ranges.

Mice Are NOT Targeting Induction Cooktops

Do I really need to say more about this one? While I don’t doubt that this troll found an incompetent repair person, did he really have to go “full Hulk” and throw out the cooktop? Why not hurl it into a building or something more dramatic to make his point? Trolls have become so unimaginative.

Just Do It: Induction Is Good Tech

Induction is a good technology, and the benefits of induction cooking outweigh any negatives. It’s also an essential transition product to break our fossil fuel addiction.

Ignore the trolls. Purchase a good model, with a good warranty. Learn to cook differently.

And as you saute those morning eggs, be sure to throw open the blinds, and let the sunshine in. It’s the best remedy for cranky, ill-humored trolls who’ve been lurking on the Internet while the world moved on.

Publisher’s Note: This content is made possible by our Today’s Home Buyer Campaign Sponsors: Whirlpool, Vivint, myQ, Sonos and Jinko Solar . These companies take sustainability seriously, in both their products and their operations. Learn more about building and buying homes that are more affordable and less resource intensive.