LG's solar modules make efficient use of roof space at the ReVISION House Austin, while offering independence from the electrical grid.

Tiana Cooper, millennial Influencer and owner of ReVISION House Austin, always knew that she wanted a home that was self-sufficient, resilient, and could generate its own power.

She had endured the grid failure and power grid failure that affected most of Texas in early 2021, and she had her sights set on solar to reduce her environmental footprint and ensure reliable power for both her house and her electric vehicle.

Cooper’s decision was reinforced as the scorching Texas summer hit full swing and elected officials urged citizens to conserve energy use and limit air conditioning, pool pumps, and large electronics, all of which put too much strain on the electric grid, forcing rolling brownouts and blackouts throughout the state.

To side-step the unreliability of the energy grid, Cooper installed 35 LG 350-watt NeON 2 solar modules to ensure that she didn’t have to contend with an unreliable grid, especially during a prolonged period of triple-digit heat. 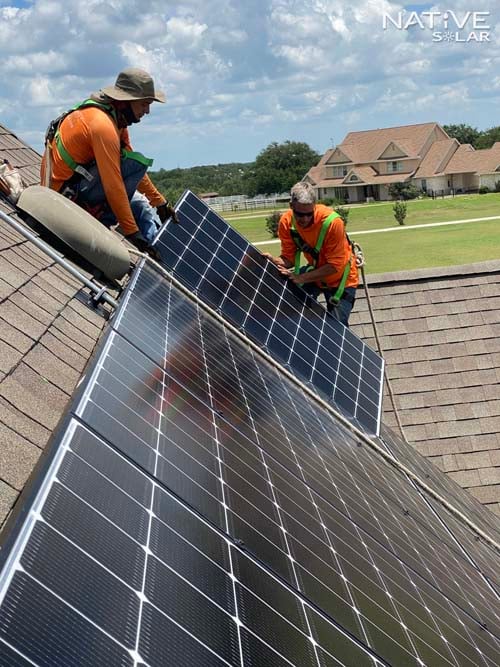 Solar Energy Is In LG’s DNA

LG has been developing related solar technologies, like semiconductors, since the mid-1980s.  “If you think about it, solar is really a big semiconductor from a cell standpoint,” says Brian Lynch, LG Director of Solar and Storage.  “LG has a lot of different businesses like laptops, and consumer electronics, which are very much semiconductor-based technologies," LG has been able to leverage decades of innovation and knowledge to develop solar technologies that meet consumers' demand for green energy.

LG launched its solar division in 2010.  Even at the time, the company was aware of the rising economic push toward full electrification and diversion away from fossil fuels, which motivated LG to aggressively develop clean energy solutions.

According to Lynch, there is a common misperception in the solar industry that bigger is better. “A 400-watt module is better than a 350-watt module, right?” he quips. “Since modules can vary in size and efficiency, that's not always a correct assumption.”

"When you look at a solar panel,” Lynch explains, “not only should you consider its output, but also its efficiency, because the efficiency is a mathematical formula of the output of the module relative to its physical size.”

At the ReVISION House Austin, Cooper selected the LG NeON 2 modules due to technological advances that increase efficiency and generate more electric power.

LG focuses on making a highly durable and high-performing product to achieve long-term power yield instead of having the cheapest option. LG's commitment to durability allows its solar modules to have one of the most competitive warranties on the market. The NeON 2 includes a 25-year product, labor and performance warranty.

Lynch boasts that their "panels degrade at a rate of about half that of a standard module," adding that "the modules used in this application degrade at  0.33 percent/year where a typical solar panel will degrade at 0.7 percent."

In other words, at the end of a panel's life, "a standard panel will typically work about 80 percent relative to its nameplate rating where an LG solar panel will be 90 percent or greater," expresses Lynch. With such a low rate of degradation, Harris can ensure prolonged energy production from her solar panels.

"There's a drive within our company to be fantastic environmental stewards," Lynch says. This drive is apparent through LG's ambitious sustainability goals, which include achieving carbon-neutral operations by 2030. To meet this goal, the company’s plan of action entails onsite power generation for facilities, buying carbon credits on the open market, reducing waste, and introducing recycling and wastewater initiatives.

LG is also highly recognized for their remarkable electronics recycling program. The company aims to recycle at least 95 percent of production waste by 2030 while also collecting their end-of-life products to recycle responsibly. 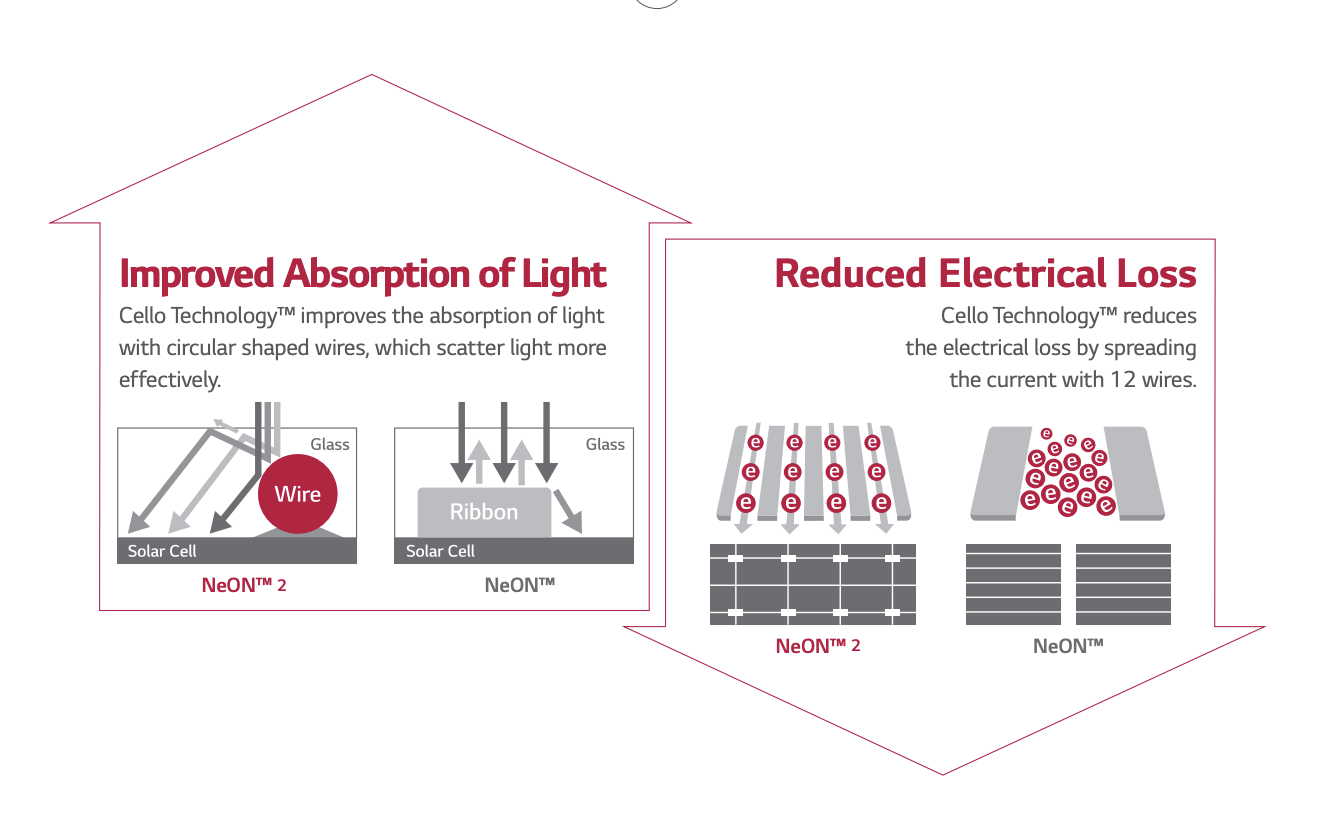 What it all comes down to is embedded carbon. LG is aware of embedded carbon in the supply chain. Solar generation reduces carbon emissions, but, according to Lynch, when factories rely on high-carbon energy, "solar panels themselves can become carbon inefficient. Our solar modules themselves are considered to be ultra-low carbon due to our supply chain and off-stream vendors that we buy from."

Opting for solar-powered operations, LG will reduce the embedded carbon in their products by eliminating the need for fossil fuels. As a result, Cooper can have peace of mind knowing that her LG solar panels are not only powerful and efficient but also require minimal amounts of carbon emissions to produce.