ICC In Hot Seat with House Energy and Commerce Committee

Is this the first step toward turning over building code development to a more objective group?

For more than a decade advocates of energy efficiency—as well as stakeholders responsible for promoting the public good over profit-motivated special interests in the homebuilding industry—have reported a foul odor emanating from the ICC code development process.

Long-held concerns over secret deals and unfair arrangements between the ICC and industry trade organizations, specifically the National Association of Home Builders (NAHB), but perhaps others as well, may finally see the daylight critics have pushed for and reveal the core source of the stench. 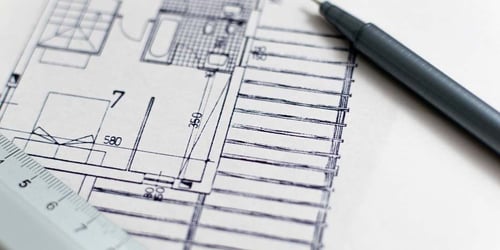 This was shared in an opinion piece “What Will Happen To Your Next Home If Builders Get Their Way?” by Justin Gillis of the New York Times:

In a letter on Tuesday , the House Energy and Commerce Committee demanded information from the council, including a copy of the secret agreement with the home builders.

That is good news. If the council persists in undermining the public interest, Congress or a coalition of states could potentially turn the job of drawing up building codes over to a new, more objective group. And lawmakers ought to adopt a national policy to govern this situation, mandating steady improvement in the energy efficiency and greenhouse gas emissions of new buildings.

With the climate crisis worsening by the year, America can no longer indulge the stalling tactics of the home builders.

The letter referenced above details the complaint. In short, the committee is investigating whether the undisclosed written agreement with the NAHB gives builders disproportionate control over the code development process.

Related: Bill Fay breaks the ICC-Congress situation down in a webinar. Click here to watch!

“Through this agreement, NAHB, an industry trade group representing companies whose work is regulated by the codes, has reportedly blocked changes in building codes intended to make new homes more energy-efficient and resilient to the impacts of a changing climate,” committee leaders wrote to ICC CEO Dominic Sims. “This is particularly concerning because residential efficiency codes play a key role in reducing emissions, with homes reportedly accounting for almost one-fifth of all energy-related carbon dioxide emissions nationwide in 2018.”

The IECC is an important element of national energy policy and a major tool in the nation’s efforts to address climate change. These building codes are incorporated, not only into the laws or regulations of many state and local governments, but also into many federal policies.

The Committee leaders are requesting relevant documents and answers to a series of questions from ICC, including:

The Committee leaders requested a response by February 2.

Ron Jones, Co-Founder and President of Green Builder Media, is recognized as one of the fathers of the green building movement.