Gas cooking is toxic, but so is ALL cooking without ventilation. Homeowners don't have a clue.

Recent studies have "discovered" that cooking with gas stoves in your home has a direct link to childhood asthma and other terrible health side effects. But what's not discussed in the media coverage is the fact that in most homes, use of proper ventilation is sorely lacking. All forms of cooking indoors release toxins into the home, including electric cooktops. Gas appliances simply add a few noxious fumes to the mix. While I'm in agreement that gas stoves need to be phased out in homes, in favor of electric tops that can be powered with renewable energy sources, the reason to do this now is the Climate Crisis, not asthma. Why? Because Climate Change is an existential threat, whereas indoor air quality can be managed mechanically. If you already own a gas range, and are panicked by the prognosis of doom offered by new research, take a breath, and start using your range hood. You may be able to live safely in your home until the gas company goes bankrupt in a few years.

I've written about this topic for several years now. Misinformation is part of the problem. User resistance is the other. For example, many people believe (wrongly) that the recirculating range hoods common on microwaves are enough to clear cooking toxins. That's far from the truth. In fact, after their initial use, most of these catch less than 20 percent of particulates. Range hoods need to take dirty air and smoke outdoors. And they need a place to "pull" in fresh air from outside.

In my many years covering hundreds of new homes and renovations, I'd say that most newer homes have range hoods installed that are almost never used, even when their kids unexplainedly develop asthma. They simply don't believe cooking and poor health could be connected.

Why Homeowners Don't Use Range Hoods 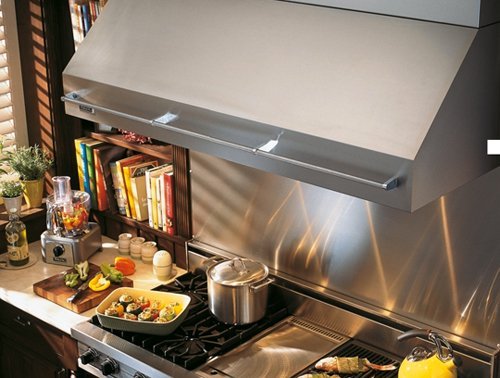 The Gas Must Go, But Make Ventilation Mandatory Now

As you see, pointing the finger at natural gas as a silent indoor health threat is looking at just one murky slice of a much larger pie. What's needed immediately is close attention to ventilation and fresh air uptake.

One way to achieve this is to make range hood technology automatic. Take user resistance right out of the equation. This could be written right into the building code, and could be achieved as a retrofit at minimal cost.

One of the best innovations in range hood technology in recent years have been particle- and heat-sensing devices. In our view, these devices should become the de facto standard across the industry. Further, it's time for range hoods to be integrated with the Internet of Things. For homeowners, reluctant or not, there would be clear health benefits to regular use of range hoods. And for those who choose not to use the hoods, landlords, devices that are "smart" can automatically kick on anyways, clearing the air for everyone else who lives in the building.