Align Your Space: How Much Room Do You Need to Be Happy?

The optimal square footage of our homes and apartments is subjective yes, but key variables influence how low you can go. 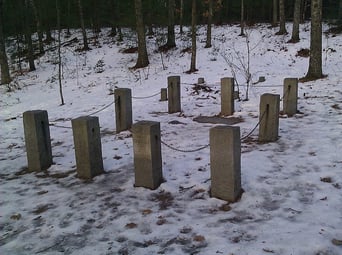 A RECURRING QUESTION (and criticism) of right-sized, or tiny house, living is whether people can really live comfortably in 88, or 399, or 700 square feet.  What metric should be used to estimate this magic number? An obvious answer is “happiness,” but, surprisingly, it's rarely considered directly when planners and pundits talk about how much living space a person needs..

Henry David Thoreau famously lived in a 10 x 15 ft. cabin on Walden Pond, when he researched his famous book about simplicity. That’s 150 square feet—about the size of a 20 ft. travel trailer (original footprint is shown in photo). If you’ve ever lived in a travel trailer with another person (and I have) you know that it’s possible for two people to live in relative happiness in that much space.  And yes, as you’re probably thinking, it depends on the two people.

It also depends on cultural norms and expectations.

American attitudes toward how much space is enough, for example, are as fickle as attitudes toward privacy. According to a recent Pew study, they're willing to give up a lot of personal privacy if the conditions are right, for example, to rewards programs and frequent flier deals, but but loathe to share data for free.

"In extended comments online and through focus groups, people indicated that their interest and overall comfort level depends on the company or organization with which they are bargaining and how trustworthy or safe they perceive the firm to be. It depends on what happens to their data after they are collected, especially if the data are made available to third parties. And it also depends on how long the data are retained."

Another possible pivot point that influences acceptable housing size: keeping up with neighbors. According to some research by Clément Bellet, for example: "Wealth inequality visible in house sizes fueled the mortgage boom that culminated in the 2008 financial crisis." He argues that since the 1940s, American house size has risen, but relative levels of happiness with housing have remained flat.

This line of research suggests that the perceptions of optimal home size are least partly rooted in comparison with the Joneses--not necessarily  a "real" consideration of comfort or discomfort. Couldn't we take this line of reasoning to its logical logical conclusion. If you build small, and surround small homes with other small homes, residents will be happier with smaller spaces. 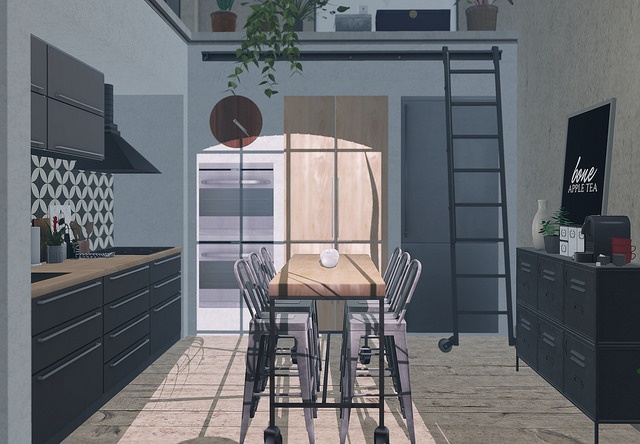 The answer is, yes, it's already happening. It took off about five years ago, when so-called micro-apartments first became popular. And of course, certain well-heeled messengers of the mainstream media were there to warn us off of the "dangers" of small living. The Atlantic cautioned that "Home is supposed to be a safe haven, and a resident with a demanding job may feel trapped in a claustrophobic apartment at night—forced to choose between the physical crowding of furniture and belongings in his unit, and social crowding, caused by other residents, in the building’s common spaces."

If that sounds a bit stretched, the argument gets even more outlandish:

'For all of us, daily life is a sequence of events, he explains. But most people don’t like adding extra steps to everyday tasks. Because micro-apartments are too small to hold basic furniture like a bed, table, and couch at the same time, residents must reconfigure their quarters throughout the day: folding down a Murphy bed, or hanging up a dining table on the wall."

Articles like these are part of the reason, in my view, that tiny living has taken a while to gain traction. They zero in on preconceived horrors of tiny living, without actual behavioral observation of the occupants. In my experience, living small often reduces, rather than expands the number of everyday tasks we face. You can only pile so many dirty dishes in a small sink, so you economize. You can sweep a 160 sq. ft. tiny home in a fraction of the time it takes to clean the floors of a 2,000-sq. ft. house. Folding up a Murphy bed is a lot faster than making your bed every morning. And most people never even use a dining room table, no matter how big the house. The dining room is the least used room in the house.

That's not to say we want to live small for every phase of our lives. Many people shift back and forth between small footprint and bigger footprint living. It's organic and natural. Thoreau, for example, only lived in his cabin on the Pond for two years. He then lived with a friend for three years while he wrote his book, and after that worked in his father’s pencil factory.

According to Quora, German architects in the 1920s and 30s claimed to have developed livable pods that were only 32 square feet.  That’s on the low side, even by today’s tiniest standards.  So-called micro-apartments are popping up worldwide. They range widely in size, but that doesn’t mean they’re inexpensive. In Hong Kong in 2015, a 180 sq. ft. apartment sold for $500,000. Apartments in Rome have been advertised that are as small as 45 sq. ft.

Social scientists and urban planners have set the bar for minimum floorspace at different minimums in recent years. The 2012 International Residential Code (IRC), for example, mandated that any dwelling should have at least one room that’s 120 square feet or more, and other rooms shall be 70 sq. ft.  But that minimum was removed in the 2015 version of the IRC, partly in response to pressure from tiny house advocates.  As  TentCityUrbanism noted, this suggests that the absolute bare minimum for a code-compliant tiny house in the U.S. is now 88 square feet. That’s one 70 sq. ft. room plus 18 sq. ft. of bathroom to accommodate water closet, lavatory, bathtub or shower. (Section 307, 2015 IRC).

When you search online for how much space a person needs, the one reference that seems to recur is a website called Engineering Toolbox, which says 100 to 400 square feet.  Other modern sources such as the London Plan 2011 have created an index of suggested minimal floorspace based on housing type and family size.  (see chart below) 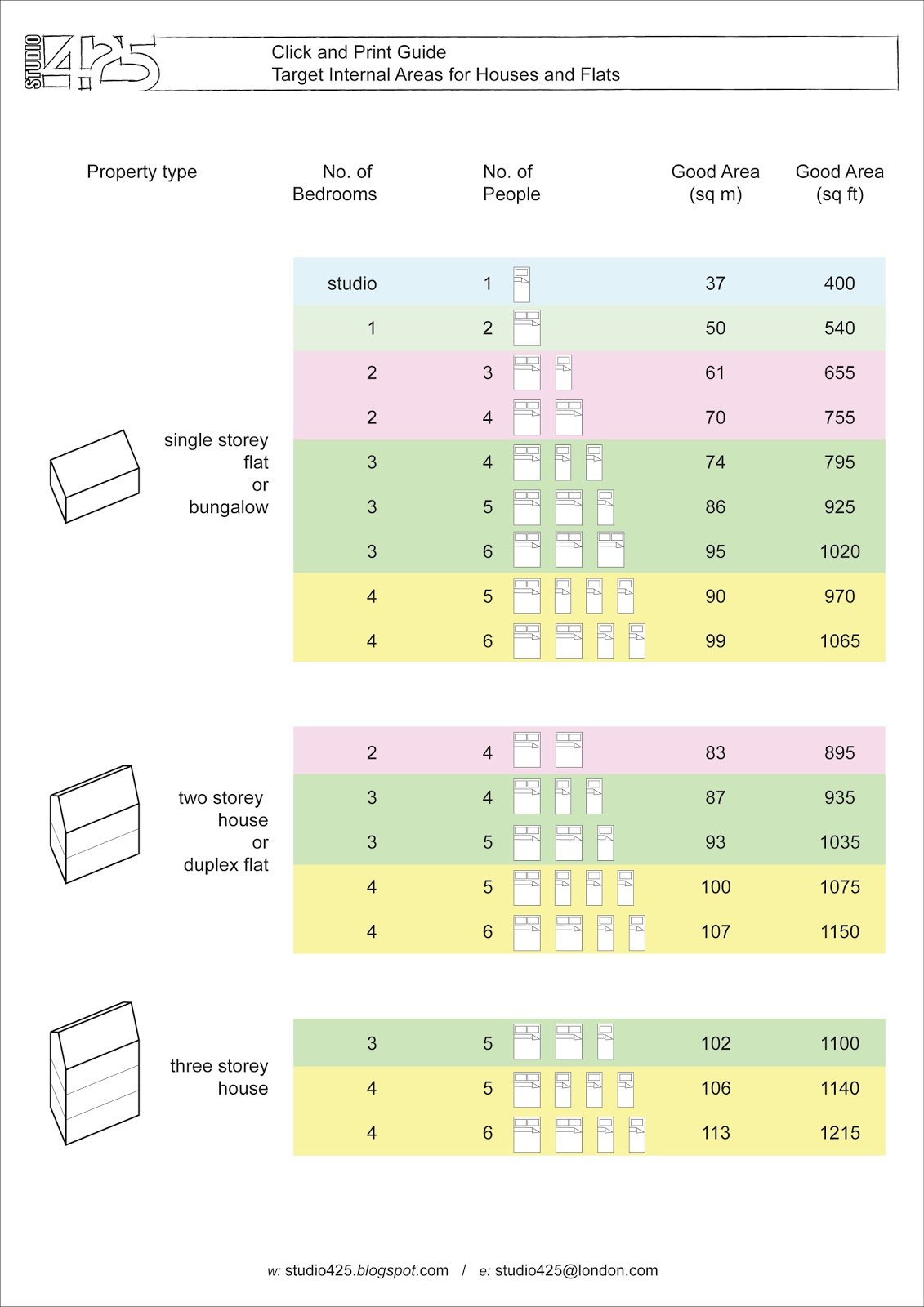 Suffice it to say the “optimal” living space is all over the map. Part of the reason for this is that the comfortable minimum is affected by a wide range of variables (and not just the personalities of the other people living with you.) These variables include the availability of outdoor patios, gardens and other amenities, shared public spaces, and, notably, cultural norms and expectations.

One way to get at optimal living size is to overlay relative levels of happiness with shelter trends. Of course, shelter is just one factor in the overall satisfaction of a person, but, if you refer back to Maslov’s Hierarchy of human needs, it’s one of the most basic physiological necessities. Until we feel well housed and well fed, we can’t move on to more complex psychological desires.

This is, incidentally, a question that only about 20 percent of the world has the resources and economic freedom to ask. The other two thirds, according to the UN, live in less than 20 square meters each (about 230 square ft.), and have little choice about the matter.

The answer, of course, is contingent on what index you use to indicate comfort and/or happiness. The Happy Planet Index in 2017 identified the following countries as the happiest

Note that none of the most affluent industrialized countries made the top ten. So people in these countries must live in big, elbow room mansions, right?

Not so. Take Mexico, for example. A blistering article in the LA Times recently criticized a housing type that emerged recently in Mexico called “mini-casas.” A million homes of about 325 sq. ft. were built and quickly occupied. If those million families skewed the national mood toward unhappiness, it’s not apparent from studies of national contentment.

Other countries high on the “happiness” list also defy the stereotype that compact living is by definition equated with misery and overcrowding. In Bangladesh, for example, with about 4.5 residents per unit, much of the population lives in compact homes and apartments built with traditional materials.

And of course, not every location in the “developed” world is spacious or content with their close-packed density. London is facing such an intense crush of population that heat maps of the city show people packed into apartments and flats like prisoners in a slave ship.  One “secret” that places such as Bangladesh have over western cities is that tiny living is simply one component of a broader tapestry of lifestyle of shared communal spaces, close community ties and social connection.

Maybe that’s the real answer to this complex problem. Humans can live comfortably in very small spaces. Trying to put an exact figure on that “sweet spot” is academic.  We’re launching a new Vision HOUSE an exhibition this fall and winter, called The Align Project, to explore whether the typical U.S. citizen can live comfortably in 390 sq. ft. of space, given a balanced relationship with the outdoors, the right design and an open minded attitude.