Before a plan to help control global warming can work, people need to reduce air pollution.

Solar geoengineering, a method of cooling Earth’s atmosphere and reducing the impact of climate change, holds great promise but will only succeed if carbon emissions are kept under control, according to researchers at the California Institute of Technology and Pacific Northwest National Laboratory.

As such, the highly touted process, which includes the reflection of sunlight off of an aerosol-derived sheath to reduce temperatures on a planetary scale—is not a “get-out-of-jail- free card” from the climate crisis, scientists note. 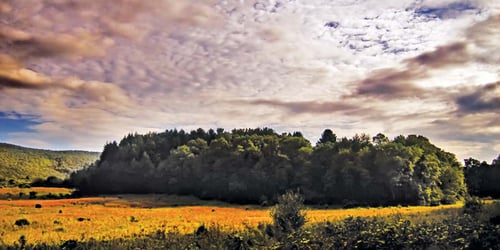 Clouds, which are Earth’s first defense against excessive sunlight, will vaporize as global emissions rise — leaving the planet even more vulnerable to climate change. Photo: Nicholas A. Tonelli/Flickr

That’s because low-lying stratocumulus clouds, which also shade the earth from sunlight, break up as carbon dioxide gasses increase. If the clouds were to break up entirely, there could be an almost instant 12 degrees F increase in global temperature, researchers note.

It could also harm agricultural yields, change rainfall patterns or set off an irreversible feedback loop, according to Caltech professor and report co-author Tapio Schneider. So why consider pursuing the technology? Because if it is used properly solar geoengineering could cool down some of the world’s hottest, driest regions, such as parts of Africa and the Sahara, making them more habitable, according to Dr. David Keith at Harvard, a longtime field researcher who was not involved with the current study.

It could also more quickly reduce warming in some of the world’s largest cities, which also produce most of the planet’s greenhouse gasses.