10 Steps Forward: Best Green Building Innovations of the Past Decade

In celebration of our 10th anniversary—here are our picks for some of the most important innovations to hit the mainstream of the building industry.

GREEN IS A VAGUE WORD, one that’s often overused and misused. But it’s still arguably the term that consumers relate most to conserving water, energy, biodiversity and raw resources. And when you dig deep enough, these are the “deep green” concerns—the issues likely to impact human survival. On the next tier are “medium green” issues that affect human health: air quality, water purity and so on. In the “light green” arena, I would relegate issues such as plant efficiency and packaging reduction. That’s because, as important as these efforts are, simply making a production facility more efficient does not necessarily mean it will use fewer resources or more recycled material. Often, any decrease in impact is lost as the facility ramps up volume.

So, for our pick of the top 10 innovations in recent years, let’s start with the big ticket items, and work down the “shades of green” ladder:

In many parts of the U.S., space heating and cooling consume more energy than anything else, followed closely by water heating. Traditional heating and cooling equipment has improved significantly, of course. Heat pump water heaters also deserve an innovation shout out, as do “on-demand” wall-mounted water heaters. But perhaps the toughest obstacle to greater efficiency has been the behavior of end users. That’s why we’ve chosen next-generation thermostats as one of our top 10 innovations.

I sometimes think we gush too much about wireless thermostats. The technology they bring to the table is not a revelation, it’s a culmination of technologies. What the thermostat companies did was to merge stuff that was already out there—sensors, remote data mining, wireless communication and HVAC control—and put it to use controlling climate in homes. 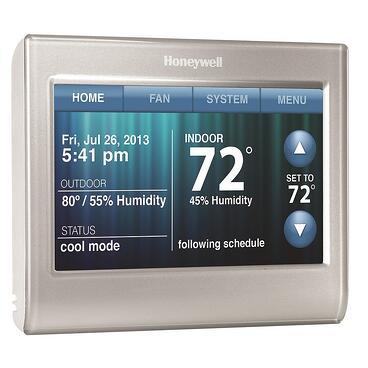 That said, the portfolio of thermostat devices is growing quickly. Let’s hope that we soon see prices drop as competition heats up. We’re all familiar with Nest, of course, but they’re not the only game in town. Both Trane (shown) and Honeywell now make several wireless thermostats, with features especially helpful for rental properties—a part of the built environment where there’s a major gap in the energy conservation.

The availability, reliability and performance of geothermal systems has matured to a very high level. Companies such as WaterFurnace and Bosch have been able to take advantage of new types of plumbing and efficient pumps to offer flexible systems for almost any type of site. This is especially key to the residential retrofit market, where older homes were often built on smaller lots.

There was a time, 15 years ago, when on-demand gas boilers got a bad rap among builders. I remember, in fact, being talked out of putting one in a house I was renovating. But those engineering problems have long since been solved, and among more reputable brands, such as Navien or Noritz, you can expect many years of high performance and extreme energy savings over a conventional oil burner.

Editor’s Note: Not all on-demand hot water brands are created equal. I’ve got two Baxi wall units in my basement and I’ve replaced the motherboard in one of them twice in five years. It’s a regular source of trouble. The problem, according to my heating expert at Revision Energy in Portland, Maine, is the Baxi brand. The U.K.-built units are quirky, unpredictable and not long for this world (in the five-year range—though some have warranties even shorter). How can something that costs this much wear out so quickly?

Next on our list of priorities comes the energy use of major appliances: refrigerators, clothes washers, dryers and ovens, followed by lighting, computers and everything else. While many devices now use less power to accomplish the same work, the rise of “phantom” power devices and proliferation of small electronics such as smartphones have erased a lot of these gains.

LEDs are finally affordable, with individual lamps that can replace incandescent bulbs, often sold in the $3 range. According to the DOE, the energy savings are significant. They note that “By replacing your home’s five most frequently used light fixtures or bulbs with models that have earned the Energy Star, you can save $75 each year.” That figure may be even higher with LEDs, because they include CFLs among the Energy Star options.

It may be small, but it’s powerful. Until the last couple of years, most of the sensors on the marketplace were used in commercial applications, or for security lights or high-end smart lighting in custom homes. Now we’re seeing them as part of door and window security systems, (Here’s a Schlage option for under $50) home faucets, single-gang dimmers, and in basements to alert us to plumbing leaks. Add wireless capability and a smartphone app, and sensors become a truly affordable tool for conservation in homes.

Inside the modern home, you’ll find water-saving technology in faucets, showerheads, dishwashers and especially toilets. Manufacturers have made huge advances in reducing the wastewater from their products without sacrificing performance. But until recently, the other major source of water waste was ignored: irrigation.

The days of putting a sprinkler on a 24-hour timer, rain or shine, are at an end. Smart controllers with multiple program periods have been on the market for decades, but until recently were the purview of commercial farmers and nurseries. Now you can walk into Lowe’s and buy a four-outlet sprinkler timer for about $30. But the next generation of equipment, just hitting the market, taps into the Internet for geographic and weather information, and can even be programmed to water different plants on different parts of the lot.

Developers and planning officials need no introduction to the problem of dealing with the flow of stormwater. Impervious surfaces such as roofs and asphalt driveways disrupt the natural percolation of water, and can result in flooding and damage to ecosystems.

Permeable pavers from companies such as Boral have become common. And developers are beginning to include them in site designs, as a tool for reducing runoff. For large expanses of concrete, such as driveways, BASF offers a concrete admixture (shown below) that allows rapid water movement with help from gravity. 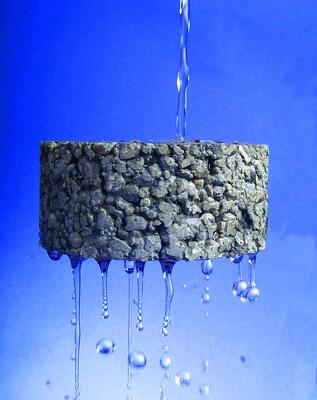 One of the main reasons for roofing failures is not the roofing products themselves, but the underlayment. Clay tile roofs, for example, could last 300 years, but often have to be pulled off after 20, because the traditional felt or hot-mopped underlayment no longer acts as a backup system to keep out extreme rains.

With cement composite roofing, standing steel, slate and even recycled rubber roofing now available, the “weak link” of underlayments is the last “kink” in a roof’s armor. But new textiles and manufacturing techniques from companies such as Owens Corning (www.owenscorning.com), InterWrap and other companies have created a half-dozen well-established brand names that should last (almost) as long as roofing.

Utility costs aren’t the only thing to worry about. A number of building flaws and behaviors contribute to unhealthy indoor environments: damage to bathrooms from trapped moisture; damage to ceilings and persistent odors from unvented cooking appliances, disconnected clothes dryer vents that send moist air into living spaces; windows left open in mid-winter.

The test results are in: There’s no excuse for not installing range hoods in any kitchen you build or remodel. In fact, you could be setting up kids for asthma and other problems if you don’t, and that’s lawsuit material. Along with that health risk, you’re saturating walls and ceilings with smoke, grease and permanent smells. Sold on range hoods, yet? Research shows that people rarely use range hoods if they are too noisy, or optional. Fortunately, there are a few models now available that are both quiet and automatic—and not overpowered.

Last, but not least, in my list of 10 innovations are bath fans. Excess humidity in bathrooms contributes to the premature failure of a lot of custom tile enclosures. And like range hoods, bath fans of yesteryear tended to get used too little because of noise issues and human laziness. Fortunately, fan makers have solved both problems at the same time. New models such as the Panasonic WhisperGreen are highly customizable. You just click in the added feature you want: night light, humidity sensor, etc., and you can make the base model as responsive as desired. GB