Window film technology has improved since it was first conceived. Newer films are high-tech products that adhere well and greatly improve an old window's performance at a modest cost. As this advocate for films suggests, they definitely should have a place at the green retrofit table.-Editor

WHEN IT COMES TO ENERGY EFFICIENCY, windows may be homeowners’ Achilles' heel. Between 10 percent and 15 percent of the energy a home uses is lost through windows, according to the U.S. Environmental Protection Agency (EPA). Also, windows may be responsible for as much as 25 percent of a home’s heating bill. Nearly 75 percent of existing windows are not energy efficient. 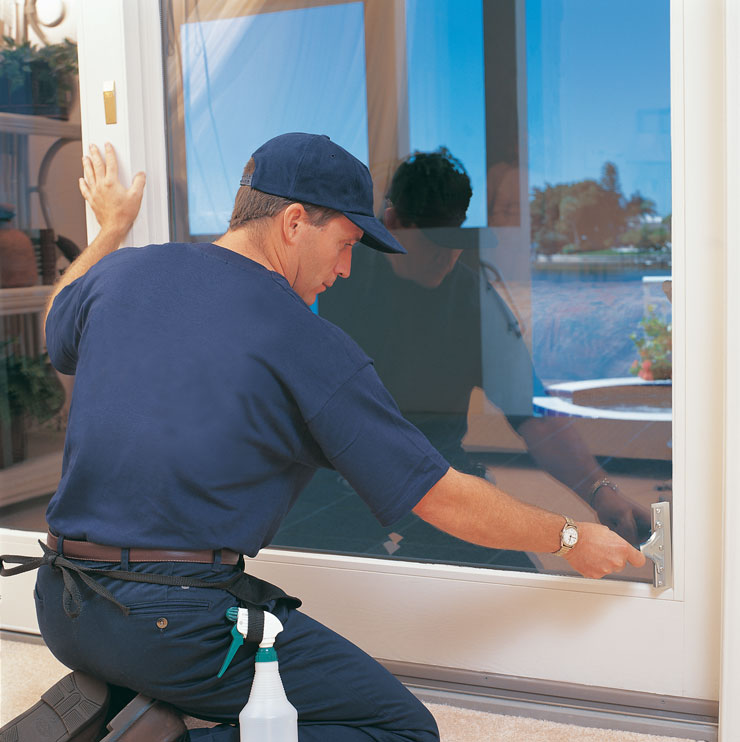 Windows can also have other impacts on a home. The sun’s harmful ultraviolet rays can do major damage to interior furnishings, carpets, flooring and desks. UV rays are responsible for as much as 40 percent of the fading that occurs inside a home.

The obvious solution is to completely replace those old windows with higher performing glass, right?

Maybe. But a more cost-effective and environmentally sound solution might be installing window film on the existing windows, enabling a powerful combination of improvements, including better energy efficiency and reduced UV rays without losing light and views, while preserving furnishings. Consider it “repurposing” your windows instead of buying new ones!

What is window film?

Some people may have a memory of window film as the purple-tinged, bubbly material seen on many cars in the 1970s. Today’s window films are much higher performing and technologically advanced.

Window film is a flexible product usually made up of multiple layers of coated or chemically treated polyester, often with a lightly metalized layer for better solar properties that can be installed on glass. Films range in thickness from 1-mil to 15-mil. For residential structures, it’s primarily used for retrofit applications to existing windows.

There are literally hundreds of types of window film, but the most common are solar control films, which are designed to help protect a home or commercial building from the harmful effects of the sun including heat, fading, and UV radiation. There are also films that can enhance security, increase privacy or add decorative features to a building.

Window film can reduce the amount of heat transmitted through glass windows or doors, and also help buildings retain heat during the colder months. A home or building’s HVAC system doesn’t have to shoulder as much of the cooling and heating load when the proper window films are installed.

As an added safety benefit, window film can hold the glass shards of a window together if the glass is broken during a storm or man-made incident, preventing flying glass from doing harm, and continuing to offer protection from wind, snow and rain.

While replacing windows is an option, many older windows may actually be of higher quality than the newer windows one may install. Installing films on existing windows is far less intrusive and is done in a very short period of time. In older dwellings and multifamily buildings, it may be possible to achieve similar energy efficiency, at a fraction of the cost, by installing window film on existing windows rather than full replacement.

It is important to take the climate into consideration in making your decision.

To determine how energy efficient a window is during the winter months, an organization called the National Fenestration Ratings Council has developed a rating called the “U-Factor.” The U-Factor is a measure of the amount of heat that’s allowed to pass through a window, measured in BTUs per square foot, per hour. The lower the U-Factor, the less heat is lost. For example, a window with a U-Factor of 0.5 will lose half of the heat that a window with a U-Factor with 1.0 will lose.

As an example of the benefit window film can offer, let’s use the energy analysis report of window film residential performance in California for the International Window Film Association by energy consulting firm ConSol in 2012.

This analysis looked at a standard single pane window with a U-Factor of 1.09, without any film installed. Installing today’s high-performing window films that are designed to limit heat loss could give that window a U-Factor of 0.9. A double-pane window could see a difference in the U-Factor from 0.71 to 0.65.

If the glass is also treated with a “Low-E” (low-emissivity) coating – which improves the thermal efficiency of a window – the U-Factor of that same double-pane window could be as low as 0.55. Many of today’s most advanced window films can be used in conjunction with a Low-E coating, to help further reduce heat loss.

In warmer regions, the goal isn’t so much managing heat loss, but minimizing heat gain through windows – which helps reduce the cooling costs. For this purpose, a different standard – called the Solar Heat Gain Coefficient (SHGC) – is used. The SHGC is measured on a scale of 0 to 1. The lower the number, the less heat is emitted through a window into a home.

As shown in the examples cited above, the installation of window film can make a dramatic difference – either for keeping heat in a home during colder months, or rejecting heat during warmer months. Before you make the decision to replace older windows, consider your specific energy efficiency goals. As noted in the examples above, you can dramatically improve the comfort of a home and energy performance of existing windows by investing in window film, at a fraction of the cost of a complete window replacement.

An energy audit of a home can help determine the expected energy savings from a professional window film installation. Considering factors such as the local climate, whether the existing windows are structurally sound, and how quickly you’d like to get a return on your investment, will help you decide what energy saving measures will work best for your home.

Jeffery Plummer is the senior vice president of sales and marketing for Madico Window Films based in St. Petersburg, Fla. He can be reached at jplummer@madico.com.