Electric vehicles, heat pumps, smart tech and smart panels can work together to smooth the transition to net-zero-plus housing.

One of the trends I watch closely is the growing move toward “all-electric” living. In the past few days, for example, I’ve seen numerous articles about communities, mostly in California, phasing out gas-powered equipment in new construction. For example, the cities of San Mateo, Atherton and Portola Valley all have gas phase-outs on the table. The concept is simple: accelerate the move away from fossil fuel-based living toward buildings that can run on renewable energy such as solar, wind and hydropower. But the details of this transition could determine the effort’s success or failure. 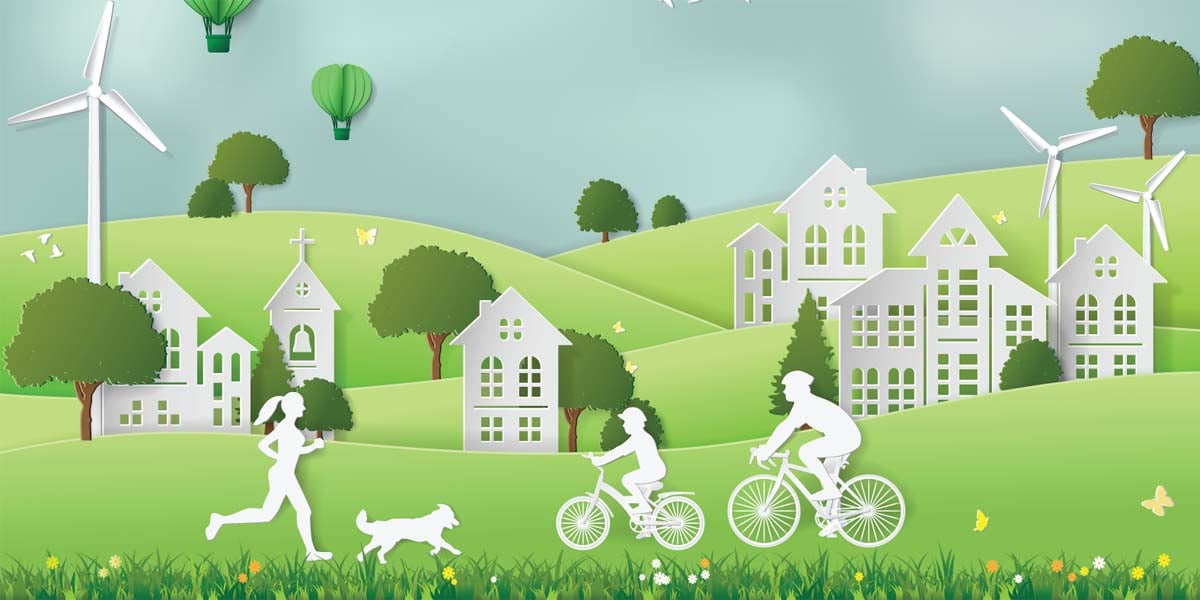 They’re partially right, depending on where you live, but they’re also missing the point. The all-electric push depends on change. It’s predicated on the belief that renewables will quickly overtake other forms of power generation.

However, the next ten years will be the toughest part of the energy transition. This means that homes need to manage and redirect heavy energy loads to off-peak times. Along with cooling, heating and hot water, electric vehicle charging will add massive power demand in the next few years. Fortunately, tools already exist that can do most of the heavy lifting.

A recent study looked at what would happen if Texas homeowners shifted completely away from gas and electric resistance HVAC to heat pump-based electric space heating and cooling. The study showed that even by switching to standard efficiency heat pumps, overall carbon dioxide from heating and cooling pollution would decline with “a 4.1% reduction of CO2 emissions and a 5.8% reduction of NOx emissions from the residential sector.” The reduction would be closer to 15 percent with high-efficiency heat pumps.

In order to provide enough electricity to run all those heat pumps, however, the State would need to add an additional 10 gigawatts of power capacity. That upgrade is in the plan. The Electric Reliability Council of Texas (ERCOT) says that it plans to add 14 to 27 gigawatts of solar capacity over the next 10 years. The tough part is the gap between now and 2032.

One way utilities hope to smooth this change is by leaning on small-scale battery storage to “fill in” energy capacity. In California, this translates into a new mandate for “storage ready” homes, as part of the new Title 24 rules in 2023.

But large batteries add another layer not only of cost, but also of power management in the home. In one scenario, they’ll be charged with rooftop solar rather than tapping the grid, and that stored energy will become available to the local utility when demand peaks, such as for winter heating in Texas. Problem solver. A new “smart” panel from Schneider Electric acts as the brain of the electrical “nervous system” of a house, taking the guesswork out of managing home power production and demand. The Square D Energy Center is a storage-ready panel with a unique split-bus feature, making it compliant with the latest Title 24 regulations. It does dual duty, saving the costs of adding a secondary load panel. Accessible via a smartphone app, it offers a heads-up display, to help optimize when and how electricity is used on-site, including battery charging and management.


Fortunately, home battery storage is about to get a major boost from the transportation sector. California will phase out gas-powered vehicles by 2035, meaning that electric vehicle ownership will begin to surge dramatically.

That’s a lot of battery power parked in the garage.

Nick Valentino, VP of market operations with Bellhop Movers, notes that electric vehicles are the technology that’s simultaneously in step with where home power is headed. “Electric cars have the advantage of working with much of our existing infrastructure, and already existing on something like a mass market scale. This is going to make high-capacity car chargers, as well as things like home-based battery storage systems and rooftop solar panels, home essentials before too much longer.”

While not everyone agrees with the fast-tracked approach to reducing CO2 emissions from housing, the genie is unlikely to go back into the bottle.

For example, in some California districts that have adopted a partial ban instead of a full ban on new gas appliances in homes, utilities have warned that rates for the remaining customers may rise dramatically, as maintaining all those gas lines is spread to fewer and fewer clients. How long will it take homeowners to ditch the high-priced cost and switch to electric?

For builders or homebuyers trying to navigate the transition, it’s best to focus on the biggest energy users first:

Cooling and Heating. Specify high-efficiency electric heat pumps with good performance in extreme temperatures. Employ smart thermostats that will adjust temperatures automatically and can save up to 20% on electric demand.

Domestic Hot Water. Select hybrid heat pump technology that extracts moisture and heat from surrounding air. Install it in a place where it can do double duty and provide dehumidification. Look for products with wifi control and smart features such as automatic leak detection and vacation mode.

EV Charging. Electric vehicles are becoming one of the biggest energy guzzlers in new homes. The timing of charging needs to be managed to optimize use of renewables on site. In fairness, however, this is a power source shift from the transportation sector to the housing sector. The home’s wiring infrastructure needs to be set up for both supply and discharge to the grid, with help from smart panels (below).

Smart(er) Appliances. One problem with “smart” appliances to date is that they have focused more on lifestyle than energy efficiency. For example, our research shows that most people never use their smart oven features. The same is true of smart refrigerators. Instead, appliances need to offer ways to reduce electric and water demands whenever possible. For example, short washing cycles for dishwashers and clothes washers offer a painless way to cut energy waste.

Rather than itemize every electrical appliance in the home, however, the best tool for homeowners is the ability to see where they’re using power in real time. Behavior differs widely, and can impact conservation efforts.

For example, one family may leave all of its computers running 24 hours a day, thinking they are more efficient than they really are. Another may find that “phantom” power used by standby TVs, cable boxes, and other electronics plays a significant role in their energy footprint.

Products such as Schneider Electric’s Square D Energy Center (shown above) give people a way to centralize control of all of their energy inputs (renewable or grid power) with all of their end uses. Some of the panel configurations also offer automatic protection and power switching during blackouts and outages.