The 2021 Energy Code Is Final–and More Efficient than Ever

The final results of the 2021 International Energy Conservation Code (IECC), the model code that establishes the minimum energy efficiency of America’s new buildings, were released this week, and it’s official: we have a new building energy code that is the most efficient one yet. This could lead to significant energy savings for consumers and the environment.

The upcoming model code covers building components like insulation, lighting, and water heating efficiency, and will represent the biggest energy efficiency gains in at least a decade for constructing or renovating homes. New commercial buildings also will be required to be more efficient. This is great news for homeowners, businesses, and the planet because more efficient new buildings cost less to operate and have a lower carbon footprint. 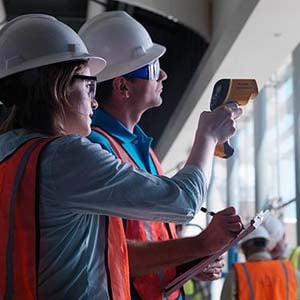 The International Code Council (ICC) released the final results and a comprehensive report on the current code development cycle. The ICC board unanimously certified the results of the code development process, upholding the fantastic results that were preliminarily announced in late December 2019 – and the voter turnout was at its highest level ever, with 4 to 5 times more votes cast than in previous code cycles.

The critical progress to make our buildings more efficient is thanks to the government officials who voted for the energy code: code officials, state and local government employees, sustainability offices, and others, who recognize the importance of new buildings that use less energy and emit less carbon.

Every three years, the IECC code is reviewed and updated to account for improved building energy technologies and practices to enhance efficiency for both residential and commercial projects. This includes requiring improvements in building components like windows or doors, adding greater levels of insulation, or flexible compliance paths that specify the efficiency of the home, but leave it up to builders to decide which improvements they want to make to get there. The new code is then available for adoption by states and local jurisdictions. Developing an updated code involves submissions for proposed changes, committee review and approval, public hearings, a comment process, and voting by members of the International Code Council.

The ICC made voting more accessible in 2015 with an online option for participation by qualified voters, who are employees of local governments that are members of the ICC. That development allows more people to weigh in, rather than the traditional set of local and state fire and building code officials who comprised the majority of in-person votes in previous code development cycles.

The online voting system is increasing voter participation as intended. Take, for example, a proposal (CE217, part 2) to add a new requirement for electric vehicle charging in residential buildings, which NRDC strongly supports. At the public comment hearings in Las Vegas, it was one of the final proposals heard and received just 32 total votes (13 in favor, 19 opposed). However, thanks to online voting, the proposal ended up passing with 856 votes in favor and 351 opposed, a 71 percent margin. When more voices are heard, more good things can happen.

The Opposition to the New Code

After the preliminary results of the new code were released in December, opponents raised three main issues (detailed  here): (1) that voting members were not properly validated by the International Code Council, (2) votes on proposals strengthening efficiency in the model code, which were approved by two-thirds of the voting members to override the committee’s initial rejection, should be invalid, and (3) two proposals related to building and vehicle electrification do not belong in the scope of the code.

But the release of this week’s final results – cleared by a unanimous vote of the ICC Board of Directors - sends a clear and unambiguous message that the opponents’ concerns are not valid. Indeed, the ICC’s report explicitly states that voting members were properly validated by the ICC and there were no voting irregularities, the committee decisions that were overturned by the online voting members were done so in accordance with ICC bylaws, and the vehicle and building electrification does have an appropriate place in the efficiency code.

The final results also include the vote count, which shows there was unprecedented interest in developing a better building code. Many of the key efficiency proposals received over 1,000 votes in their favor, passing by wide margins even when they required a two-thirds majority to overturn the decisions of the technical committees. To underscore how remarkable this is, in previous code cycles most proposals received between 200 and 300 total votes.

This skyrocketed voter interest is the direct result of the energy efficiency community’s education and outreach effort. For the past year, NRDC and our partners at the Energy Efficient Codes Coalition have worked hard to educate local government officials about the importance of a strong building energy code, and helped them get involved in this critical process. Given that buildings account for 40 percent of emissions, we simply can’t achieve our climate goals without better buildings. Thousands of local government officials agree, and they’ve taken action for a better future.

Now that the ICC Board of Directors has approved the final voting results, a 30-day window to appeal them begins. We don’t know yet if there will be appeals, but here’s what we do know: the voting members have spoken overwhelmingly in favor of a better building code, and their votes have been validated and accepted by the ICC Board of Directors. And that’s progress in the right direction.

The 2021 code will be published sometime this fall, after which it can be adopted by cities and states. And adoption is crucial: a good model code is a first step, but even the best code won’t save energy unless it’s adopted and enforced at the local level. We’ll be working hand-in-hand with local governments to keep up the momentum for better buildings and a better future.

This article was republished with permission and originally appeared here.