A tiny Utah city’s ban on new housing could be where all of the parched Western U.S. is heading.

Severe drought in the Western United States has forced the small Utah city of Oakley to pull the plug on new construction until at least the end of the year. The 1,750 member community, about one hour east of Salt Lake City, is one of the first in the nation to purposely stall growth due to a megadrought-induced water shortage, according to a report in The New York Times. It may be a harbinger of things to come in a hotter, drier West, experts warn. 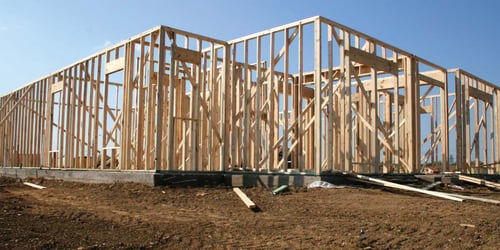 There will be no new homes in Oakley, Utah until the city’s—and region’s—drought concerns are relieved. That’s not going to happen in the near future, according to weather experts. Credit: SDI Productions/iStock

Utah’s population shot up 18 percent from 2010 to 2020, making it the country’s fastest-growing state, according to Census data. But now almost 100 percent of Utah is locked in severe drought conditions and reservoirs statewide are less than half full, The Times notes. Locales like Oakley, which is spending  $2 million to find new water sources through drilling and pumping, are struggling to hang on as lawns and fields go brown, and four-figure fines are issued for water conservation offenders.

This past summer, Utah Gov. Spencer Cox asked for a weekend of prayer to ask for rain. “It’s just brutal right now,” Cox says. “If we continue to grow at the rate we are now, and have another drought like this in 10 years, there will be real drinking-water implications.”

At the Sonders Project, builders aim to optimize indoor air quality with interconnected home...
2 min read
Investor demand has led to a surge of companies adopting an environmental, social, and governance...
4 min read
Solar panels can take advantage of one of nature’s most powerful, free resources: the energy...
2 min read
Architects employed a host of storm-proof ideas for a home built in a hurricane zone.  After being...
2 min read
If we do, the transition will still be tough, but better days lie beyond. You might have heard the...
2 min read