A new set of scientific findings released last week by the United Nations’ Intergovernmental Panel on Climate Change (IPCC) issued a stark warning: Climate change is unequivocally here, and the worst is yet to come.

If you haven’t read the IPCC’s recent draft report on climate change, here’s what you missed: Scientists from across the globe confirmed that human-induced carbon dioxide emissions are the main driver of intensifying climate change, and we need a full-scale elimination of all greenhouse gas emissions to keep global warming to 2 degrees Celsius. If we surpass that threshold, we’ll encounter irreversible impacts that will lead to widespread species extinction and ecosystem collapse. 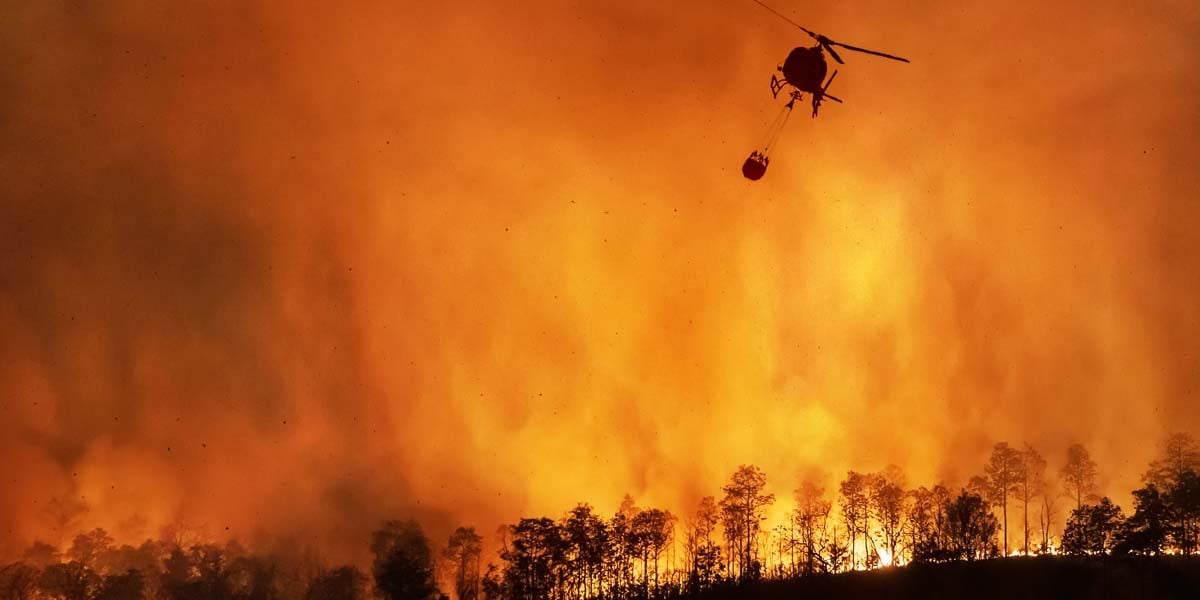 And that’s the good news.

The report stated in no uncertain terms that the worst is yet to come: As the planet warms, we can expect even more extreme temperatures, rising sea levels, intense super storms, raging wildfires, extensive flooding, and severe drought.

The authors of the report agree that climate change will fundamentally reshape life on Earth in the coming decades. They depicted a sobering picture of an unforgiving world if we don’t immediately curb our fossil fuel addiction, cease destroying forest and ocean habitats, and transform our industrial and agricultural practices—a disastrous future in which billions of people suffer from starvation, drought, and disease.

The report’s distressing conclusion: “Life on Earth can recover from a drastic climate shift by evolving into new species and creating new ecosystems … humans cannot.”

Which brings me to the gnawing question that is top of mind for many sustainability experts: Is Paris enough?

While the commitments outlined in the Paris Accord aim to keep global warming below 2 degrees Celsius by the end of the century (compared to pre-industrial levels), many climate scientists believe that those targets aren’t aggressive enough, especially given that the planet has already warmed by 1.1 degrees Celsius. At our current trajectory, we’re expected to surpass 2 degrees Celsius within a shockingly short five years.

The report also confirmed that climate change has already affected every region across the globe—no ecosystem on land or sea has been spared.

Unfortunately, many of the changes to Earth are irreversible for centuries, even millennia. Ocean temperature changes and acidification, mountain, and polar glacier melt, and sea level rise are all expected to continue over hundreds of years, regardless of actions that we take now to mitigate climate change.

With each passing day, we creep closer and closer to the threshold where life as we know it is irreversibly changed. And the grim truth is that we may have already passed it.

Unless we transform our entire socioeconomic system before we reach a point of no return, we are destined to fall precipitously into a new age of fire—the Pyrocene Era—which threatens to completely unhinge the planet.

If this happens, Arizona State University professor Stephen Pyne predicts that we’d find ourselves in “a no-narrative, no-analogue future, so immense and unimaginable that the arc of inherited knowledge that joins us to the past will be broken.”

A daunting outlook to be sure, and one that begs the question: Will the heartbreak derived from ruthless temperatures and relentless disasters help us marshal the inspiration and innovation needed to solve for our climate emergency, or will the future witness our continued dystopic demise, brought about by Faustian agreements resulting from greed and short-sightedness driven by our desperate quest for the seduction of more?

Will we allow the threat multiplier of climate change, which has already forced us into scary uncharted territory, to deepen our understanding that we are one integrated organism, and that every action we take is just a ripple in a pond, affecting every other living species across the planet? Will it help us appreciate that we must take care of ourselves, our communities, and the only place that we can call Home?