Calculate Nearby Noise Levels Before You Build

Use commons sense and math to get a quick read on whether the site you've chosen will be quiet enough to satisfy your client or your family. 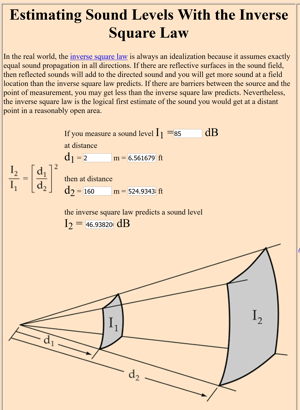 Some people love the sound of train horns and the rumbling sound of wheels on the tracks. Others quite literally hate the noise. Perceptions of "acceptable" noise levels are often arbitrary and subjective, especially in the "middle" range of 40-60 decibels or so. One person's pleasant white noise in the background is another person's source of endless unhappiness and complaints.

One way to approach this unpredictable aspect of human perception, is to practice "pre-emptive" noise management. Let's say you've identified a prime parcel somewhere near an active railway line. What kind of noise level can you expect at the finished home? Make sure you look at all the variables.

Schedule. How often does the train run? You can usually find this out by looking at who owns the train line and checking their daily schedule. A route that's only used once or twice a day is much different from a busy track with 20-plus trains running in 24 hours.

Distance. Measure the actual distance from the train track to the property. Keep in mind that where trains cross other streets, they may be required to blow their horn at about 1/4 mile from the crossing. The horns operate at about 140 decibels, much louder than the passing engine. Some crossings require no horns. These are preferable, obviously. But if the buildable parcel is 1/4 mile from a crossing and next to a busy track, you may have a noise problem that really hurts the property livability.

Train Speed. Most U.S. freight trains are only allowed to go 60 mph max. In suburban areas they often go slower. Test suggest that they create an average of about 85 db of noise (at close proximity). Will a high speed train be noisier? Not necessarily. Older tracks, if not well maintained, can make additional noise as trains rattle over them.

Friendly Obstacles. Trees, other houses and natural topography can aid in reducing decibel levels as sound travels. In my opinion, however, you should not include these in your calculations. Think of them as "bonus" buffers, that may or may not reduce overall noise on the property. If they do, great. If not, you don't end up with a noisier-than-expected outcome.

What's Acceptable? This is a tough question, and one that only the future homeowners can really answer.

Research does show that that as decibel levels increase, more people are likely to find the noise level "annoying." The reality is that until you get to higher levels (say 70 db or so), aversion to noise is highly psychological. An old window air conditioner that runs day and night, for example, can produce 72db right outside a bedroom. But the same homeowners who own it may complain about the guy next door using a leafblower occasionally at the same noise level. Anything from wind chimes to barking dogs can get under the skin of an unhappy neighbor.

So let's make sure you (and the homeowners) know what kind of noise to expect at their new home. I'll continue with the train track example, Once you know the distance from the tracks to your lot, you can use one of many noise calculators online to get an idea how loud the impact will be. Here's one of the best ones I found:

Plug in your numbers, as shown in the image above. When I put in the distance and 85 decibel train noise, it turns out the sound at my hypothetical lot, located 524 ft. from the tracks, will hit about 49 decibels. That's not bad, about as quiet as a modern refrigerator. And this is assuming no other obstacles between the track and the property.

It's not impossible to mitigate environmental noise, using barriers, fences and even land berms. But these come at a cost. You may be better off simply moving on to a different building site. Proximity to a noisy highway, train track or industrial plant could seriously impact your building value.