When listening to young people talk about what’s lacking in their lives, the idea that clean air is precious and in short supply comes up repeatedly.

Five years ago, the phrase “struggling to breathe” probably would have shown up in the obscure footnotes of a few medical journals. But that was before COVID-19, before the suffocation of George Floyd, before the smoke from runaway wildfires reshaped our new normal. 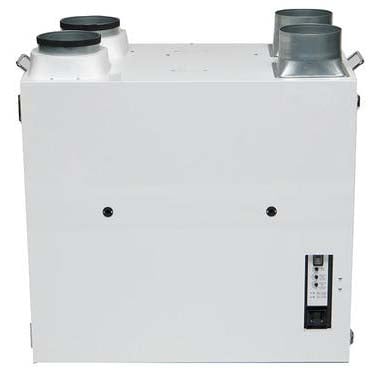 Panasonic just released a new energy recovery ventilator (Intelli-Balance 200) that accepts MERV 13 filters, a step toward solving the growing problem of importing smoke from outdoors into the home.

We’re all gasping for fresh air.

This past summer, our staff sat down with a group of young people from all over the United States to discuss their housing priorities and concerns, with “healthy living” as a baseline. They spoke with a lot of candor about the frustrations of renting older properties; their aspirations for safer, healthier living situations.

You couldn’t help but feel their anxiety and concern, as they described living situations where they were caught between toxic wildfire smoke outside their windows, and an indoor environment laced with unvented cooking fumes and poorly conditioned air. It’s hard to get on the treadmill or work out to “Yoga with Adriene” when your lungs are filled with crud.

As a group, these new homeowners, renters, students, and would-be buyers want better building science in their lives. They’re not fooled by cooktop and microwave range hood vents that exhaust smoky vapors back into living spaces. They know what energy recovery ventilators are, although their landlords may not. They know their homes need better insulation, better-sealed windows, and doors. They’re nobody’s fools. 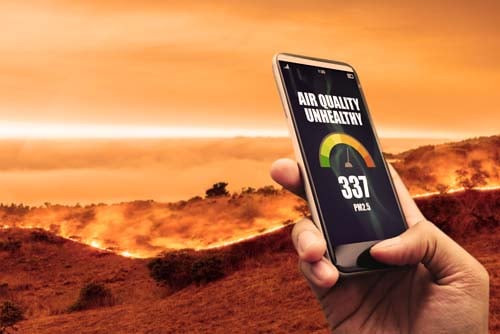 How do they know? Because they can quantify their discomfort through the lens of new technology. The question of “which came first?” may be academic at this point. They know that their homes are toxic with VOCs and excessive humidity, thanks to Awair or Foobot air sensors. But they also know that a dry cough that started when the wildfires did has only become worse. Diagnosis and symptoms align all too closely.

For building pros, this awareness is a warning that if you ignore these issues, you could face costly retrofits, even lawsuits down the road. Better to see it as an opportunity: By replacing shoddy ventilation equipment, and installing ERVs and better filtration, most of the legitimate concerns of these young people can be addressed.

If a Tree Falls “In my house in Maine, drastic temperature changes are a big issue. We have no air conditioning. We used to have a tree, but we lost that—so now, the sun beats in, and it’s hard to focus because it gets so warm. I go down in the basement to use my treadmill because it’s 20 degrees cooler." “We have an air monitor, so now that I own a house I’ve been thinking about fun things like radon and mold. We’ve also been affected by wildfire smoke, even here. These problems are global, so I sleep at night knowing I’m doing my best on climate justice issues.”—Kristen Fulmer, Recipric, Portland, Maine

Landlord Re-Education 101 “We’re renting an older house in Orlando, so insulation and all-around sealing is something we’ve repeatedly tried to work with the landlord about…but we say: ‘Hey, it’s still really hot in here, and you’re wasting all this energy.’”—Holly Bridwell, Climate First Bank, Orlando, Fla.

The Gas Must Go We love to cook. But we have an Awair monitor that’s shown us one of our biggest obstacles [to healthy living] is cooking with gas. So, we’re moving to electric induction cooking. Healthy living to me is a space with privacy, function, and good indoor air quality. But mental health is also huge—having space to escape.”—Christopher Matos-Rogers, Realtor, Atlanta, Ga.

Trapped by Toxic Air “The one thing I wish I had in my [rental] house is a kitchen exhaust vent that goes to the outside, instead of just blowing fumes around the kitchen. What I end up doing is cooking food that won’t put out a lot of smells, because there’s no exhaust fan, and I don’t want to breathe all that stuff. I mostly stick to frozen vegetables and ground turkey. I cook often, but cook the same thing a lot.” “We also have no air conditioning. If you open the windows, it’s all smoky outside, so we sit inside and sweat, or breathe terrible air. Thankfully, the smoke doesn’t always make it over here to the west side of the mountains.”—Brent Webb, Performance Insulation Energy Rater, Seattle, Wash.

Gasping for Air “I’m at the stage where I just want more fresh air. My old apartment was 600 square feet with no control.  Now I’m renting a house, but still have no control over my indoor air. “We live in San Francisco, so sometimes I want to open the window. But then the humidity goes up, or wildfire smoke comes in, so it’s hard to find a balance. Since I’m renting the house, I can’t exactly put an ERV in. I haven’t really broached that subject with the landlord.”—Dean Young, Awair, San Francisco, Calif.

Longing for Smarter Tech “I’m trying to work out more, to live a healthier lifestyle. I’d love to have a Nest thermostat in my home like I did at my last place. I didn’t have to think about it. It allowed me to save energy and mental space.”—Nicole LeBlanc, Whirlpool, St. Joseph, Mich.

Homesteading with a Conscience “My wife and I are avid cooks. We have a garden, and we get all of our meat from ButcherBox, so it’s all grass-fed, grass-finished organic chicken. My No. 1 upgrade would be an induction cooktop … that’s the last gas appliance I need to replace in order to get off gas completely. The worst thing about our home is probably the poor foundation waterproofing. It creates periodic wetness in the basement, which is bad for air quality.”—Ryan Meres, Program Director, RESNET

Primed for Transformation “I live in a dorm in New York City. One thing I wish I had was more space-saving things is my apartment, things that have multiple purposes. I’m interested in housing and living and creating communities that have architecture that’s in tune with nature, windows that follow the wind pattern, housing that isn’t so monotone.”—Jerome Foster II, Executive Director, One Million of Us, NYC

Three Dog Nights “I have one dog and my partner has two dogs. The problem is that the return grill (for the air handler) is on the ground, so it fills up and clogs with pet hair all the time. Aside from that, a kitchen exhaust is definitely on my most wanted list. I don’t like how air just creeps into my place and there’s no way to control it. In a lot of places in Texas, operable windows are not an option.” —Jon Young, DVR Engineering Consultants, Houston, Texas