“When It’s Too Hard For Them, It’s Just Right For Us”

As the Marv Levy quotes intones, there is magic in every moment, although I will confess that there have been many times in 2020 when the magic has been hard to feel.

Stunned by a global pandemic with all the grief and suffering it continues to cause, slammed by an unprecedented and unrelenting stream of natural and man-made disasters, assaulted day after day by countless media reports depicting the bitterness of perhaps the most divisive election cycle in our nation’s history, we’re all understandably feeling shellshocked and even a bit paralyzed.

On top of all that, we are trying to come to terms with nationwide civil unrest reminiscent of the 60s as our society wrestles yet again with issues around pleas for impartial justice, the end of economic inequities, and balancing individual freedoms with pursuing the common good, all in the shadow of eroding trust for authority and fierce disagreement about the true meaning of law and order.

Those of us old enough to remember might be excused for contemplating the lyrics of the iconic 1966 Buffalo Springfield song, For What It’s Worth, in particular the line that goes “and nobody’s right if everybody’s wrong” because battlelines do seem to be drawn just about everywhere. 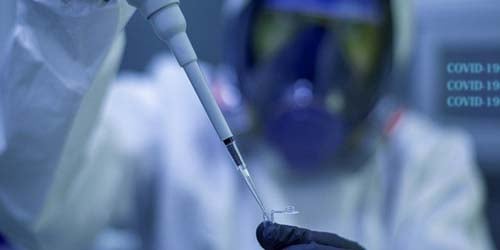 And yet, I admit to having my vision momentarily blurred and being choked up when seeing the news reports of the tireless heroism of our health care providers, first responders, and the scientific community as they battle the incredible Covid crisis. I’m humbled and grateful as I witness the generosity of so many of our neighbors as they distribute food and other necessities to countless families who never imagined they would ever find themselves unable to feed their children.

And I have become even more of a sucker for those “feel good’ stories, like the one about the guy who left a $3,000 tip on a $7 bar tab, or the fellow who rushed into waist-deep water to save his little dog from a hungry alligator, or the countless examples of little kids who come up with simple but ingenious ways to help others in need.

And I pause for a private moment of thanks for all those wearing our nation’s uniform and recall what it was like to spend Thanksgiving on a different continent because that’s just one of the ways we are keeping our part of the bargain. They, perhaps better than anyone, understand and embrace the meaning of Marv’s words.

And speaking of his best-known quotes, in 1954, on a cool and crisp autumn afternoon in Albuquerque, Coach Levy spontaneously asked his team,

“Where else would you rather be than right here, right now?”

We could be forgiven, I suppose, if we find ourselves wishing for things to go back to the way they were before, or maybe for things to move on beyond where they are now to some better place. But then we would miss out on the magic of the moment, this moment, and our opportunity to be thankful for it.