The Tangle of Transparency

Fly ash may finally come clean, as the “big guns” follow their self-interest.

An intriguing study came across my desk yesterday, titled “Environmentally hazardous coal waste diminished by citric acid.” What’s intriguing is that, for years now, I’ve been trying to find definitive information about whether fly ash is a safe additive for concrete and other building products such as porous pavers or cement board. It matters, because fly ash is plentiful, relatively inexpensive and when used in place of cement, actually results in a slightly harder concrete. 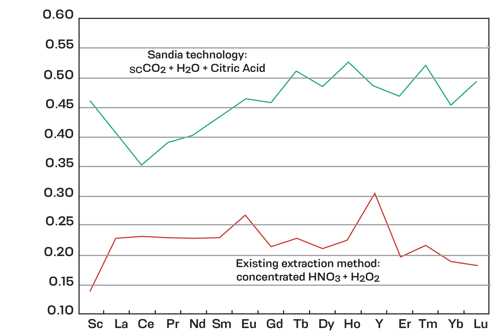 I’ve assigned freelancers to dig into the topic too, with mixed results. We’ve been told by industry experts that there’s no definitive measure of just how many heavy metals and other toxins remain in the post-industrial residue left behind from burning coal—and every batch is different.

But concerns about leaching and human health after contact with fly ash linger. It turns out that these concerns are not unfounded. The study I mentioned touts the performance of a new citrus-based additive. This solvent removed about 42 percent of the rare earth metals found in a test batch of what the author refers to as the “environmental pariah”—coal ash (of which fly ash is a part).

The more typical method used to achieve the same goal involves nitric, sulfuric, or phosphoric acids, which “leave the environment in worse shape than before.” And they only remove about half as much of the bad stuff.

But entities such as Sandia National Laboratories, which sponsored this research, want those metals for their fighter jets, submarines, and other military-industrial complex profit centers. Sandia also plays a large role in America’s nuclear arsenal. Is it cynical to suggest that the company’s interest in cleaning up coal ash has less to do with sustainability, and more to do with selling drones, missiles, and surveillance?

Some of you will say, “What does it matter WHY they’re doing it?” I understand that viewpoint. Ultimately, the research may unlock fly ash as a resource, reducing the vast footprint of cement, which is responsible for about 8 percent of the world’s CO2.

On the other hand, the U.S. military and its hired contractors currently rank among the world’s biggest polluters. Will the gains in cement zero out the additional CO2 released by future bombs and hardware made possible by rare metals?

Fly ash offers just one example of why it’s so hard to make real change in the status quo of Climate Change. Why did it take 10 years to find a less-intensive way to clean fly ash? Where were government regulators in solving the problem? Were they simply underfunded, or uninterested?

It’s great that private industry may solve the problem of toxicity, but the impetus for change shouldn’t arise from the material needs of bomb makers. That’s a low bar at best, with a net ecological gain that’s clouded by entanglement. Let’s put technology together with the public interest for a change. Let’s put our tax dollars to work directly on solving ecological problems, not subsidize military contractors to “solve” them for us.

The computing power and tools are widely available. We can look at complex data and weigh cost-benefit, just like the “big guns” do. Unless we look at the Climate Change problem with full transparency and neutrality, we may never escape our current downward spiral toward self-induced oblivion.