Like the perplexing home rebuilds in known flood zones, fire-prone areas are seeing an uptick in new residents as well.

As reported by Laura Bliss in the Bloomberg CityLab article “More Americans Are Moving Into Fire-Risky Areas”:

Megafire is colliding with America’s demand for cheaper housing near the great outdoors, and the pandemic sharply accelerated that costly trend. In an investigation, Bloomberg CityLab found that during the first year of Covid-19, the number of U.S. households moving into areas with a recent wildfire history jumped 21% from the previous year. Meanwhile, areas without a recent wildfire history saw household moves decline by 15%. 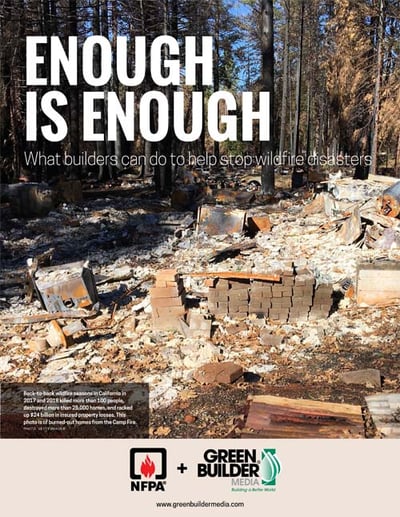 Bliss and colleague Marie Patino analyzed U.S. change-of-address patterns from March 2020 to February 2021 to see how they fit into wildfire perimeters over the last 11 years.

All over the country, we saw that the pandemic sped up an ongoing exodus into the “wildland urban interface,” or WUI—the edge between highly developed communities and the highly flammable wilderness—including in areas that have recently burned. In this map, the bigger the red dot, the greater the number of Covid-era household moves into census tracts that have been touched by wildfire since 2010.

“These are places that have burned and will burn again and despite that—despite the very visible indication of that in many cases—people are still moving,” said Kimiko Barrett, a researcher of community wildfire planning and policy at Headwaters Economics, a think tank.