Understand the reasons for your construction goals, and you’ll be happier and more successful than ever.

This is Sam Rashkin’s first in a series of articles based on his second book Housing 2.0: A Disruption Survival Guide. It is intended as a roadmap for high-performance builders to become the most successful in the industry.

This article is about the extensive (and exhausting) journey it took to get to Housing 2.0 — a journey that goes all the way back to my first day of kindergarten, when I took to drawing and playing with toy blocks like a fish takes to water. 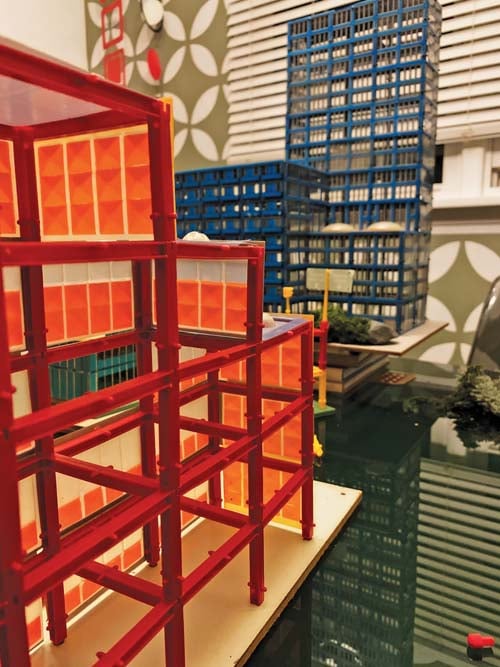 For Sam Rashkin, the classic “Girder and Panel” construction set was a catalyst for a long, successful career in energy efficiency-based architecture. Credit: Ron Frazier/flickr

Somehow, at this young age, I surmised a connection between these two proclivities and the work of an architect. How I did that remains a mystery to me, but as a result, “architect” became my go-to answer whenever adult relatives asked what I wanted to be when I grew up.

At six years old, I had an after-school play date with a friend who introduced me to a toy called “Girder and Panel.” It was an ingenious set of plastic pegs resembling steel columns and beams that could be assembled like a structural frame on a pegboard base and finished with plastic panels that resembled curtain walls. Since my parents did not believe in toys, I finagled frequent invitations to this friend’s house and would spend joyous hours creating skyscrapers. To be clear, I genuinely liked this friend, but, admittedly, I liked his toy even more.

By age 12, I was sketching and designing homes. I even built a cardboard model dream home for my best friend’s parents, as if they were architectural clients. When allowed to select an elective course in middle school, I chose mechanical drafting and continued to make this my elective of choice each year through 12th grade.

I went to college and completed my Bachelor of Architecture degree. An elective course during my last semester, on solar energy and energy efficiency, established a complementary passion for sustainable buildings long before it was fashionable. After three years working under a licensed architect, I passed my license exams. Soon after, I started my own architectural practice, excited to specialize in energy-efficient housing. 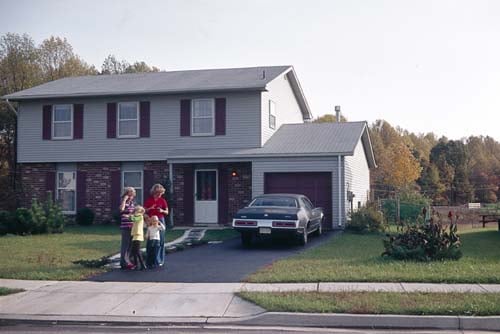 A resource-burdened and economy-strained 1970s helped usher in interest in sustainably built homes, such as this one in Ohio from 1976. Credit: Atlantic

Timing is everything. It was the late 1970s and the economic gods intervened. On the heels of two oil supply disruptions, mortgage interest rates soared to 20 percent, effectively killing interest in residential projects. After being forced to diversify my practice with less-appealing commercial and urban renewal projects, I decided to pursue an alternative career path that would allow me to focus on housing and energy efficiency.

I secured a list of the nation’s 100 biggest builders and sent each a letter, prospecting for jobs focused on integrating energy efficiency in their homes. The results of my efforts were a full-day interview with one builder and a psychological profile test with another, but no job in the housing industry.

Eventually, I secured a position managing energy efficiency and renewable energy programs for the State of California. On the side, I developed an architectural practice where I again focused on energy-efficient residential projects. If clients did not share my passion for energy efficiency, I would secretly sneak it into the design process.

This California experience led to an invitation to lead a national initiative for a new program at the U.S. Environmental Protection Agency (EPA) called ENERGY STAR Certified Homes. It was 1994, and ENERGY STAR was far from the widely recognized product label it is today.

Regardless, I knew my dream job had finally arrived. I was given the opportunity to work with the U.S. housing industry to construct energy-efficient new homes. After a great run transforming ENERGY STAR into a prominent housing program, I moved on to the U.S. Department of Energy (DOE) to lead the Zero Energy Ready Home (ZERH) program and further challenge the housing industry.

I often think back to when I arrived in Washington, D.C. to lead national housing programs. In particular, I vividly recall the moment soon after I arrived when the ENERGY STAR division director made it abundantly clear that my job security was dependent on substantial results in making the housing industry more energy efficient.

This was not your typical government job. But it proved to be the career opportunity of a lifetime. There are now more than 2 million ENERGY STAR Certified Homes and ZERH is on track for exponential growth.

Along the way, I had the opportunity to train and engage thousands of housing industry stakeholders. And as a special bonus, I have also become good friends and acquaintances with builders, subcontractors, home energy raters, manufacturers, suppliers, sales professionals and energy consultants across the country. 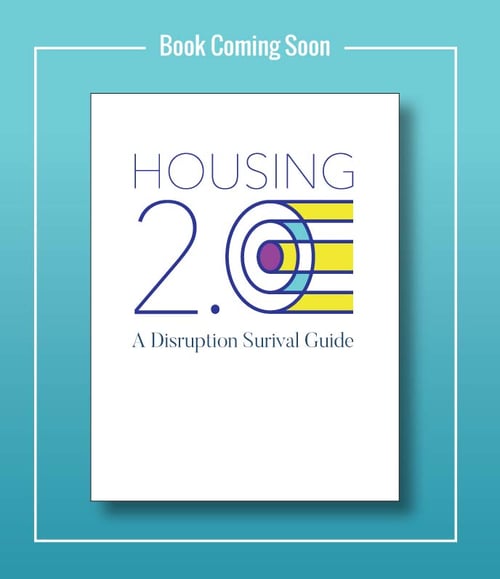 At this time, the housing industry is forced to navigate a protracted fallout from a global pandemic and related economic challenges. Many housing industry stakeholders will be impacted emotionally and financially, and these are my friends. Housing is very personal. This all leads to the three-word “why” statement that has influenced all of my life choices: I love housing.

I know I love a partner, friend, place, or even industry when I have a genuine deep interest in their happiness and success. That understanding informs almost every life decision I make, including my long career in housing. Life is so much easier, more directed and more rewarding when grounded in your “why.”

Sam Rashkin is a building industry luminary, influencer, and architect. Author of the book Retooling the U.S. Housing Industry: How It Got Here, Why It’s Broken, and How to Fix It, Sam has led housing programs resulting in more than one million certified high-performance homes. He served on the national steering committees for USGBC’s LEED for Homes, NAHB’s Green Builder Guidelines, and EPA’s Water Sense label, and on the development team for EPA’s Indoor airPLUS label.