If it costs $15 million to build a machine that removes the same carbon as getting a few hundred cars off the road, why not skip the middle man?

A new contraption called the “Orca,” now under construction in Switzerland, will remove about 4,000 tonnes (about 2,240 U.S. lbs) of CO2 from the atmosphere each year. It’s an oil man’s dream, a device that will allow us to keep burning fossil fuels as we kick the ball down the road until 2050, with the promise that big tech will save us. What could go wrong? 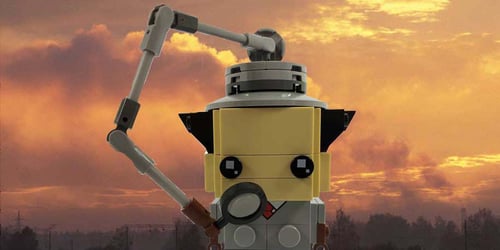 How much CO2 pollution is 4,000 tonnes? Not much. The Guardian reports that: “According to the US Environmental Protection Agency, that equates to the emissions from about 870 cars.”

That’s pretty meager air-cleaning bang for the buck. Dive in a bit deeper and you learn that this reverse Deathstar won’t be fully operational for about 10 years. And it’s hardly a passive device. To pull the CO2 from the air, it uses fans to drive air through filters, then “injects” the captured carbon dioxide 1,000 meters into the ground to “mineralize” it. No figures are offered for how much energy all that will take, but it sounds substantial. And producing energy produces more CO2, unless it’s captured with renewable technology.

What else will $15 million buy?

But let’s ignore the obvious technical hurdles and focus on the value proposition for technotopian fixes like this. To begin, let’s think about other ways we might spend that $15 million to reduce CO2 emissions.

I could go on all day with examples like these, demonstrating why technological solutions to Climate Change are quite simply a waste of money at this stage of the Climate crisis. We don’t need new technology. We need a shift in focus, and a shift in big subsidies to industries and ideas that can make the biggest difference.

Sure, if this were 2050, and we mere mostly off fossil fuels, CO2 extractors might provide a little climate stabilization, but until then, they’re a distraction--a dangerous example of what others have called “magical thinking.” We need to change the conversation every time someone comes up with a new gadget that promises to allow us to keep misbehaving and keeps the fossil fuel people running the world.