As this Eco-Leader demonstrates: When it comes to encouraging net-zero status with customers’ homes, it never hurts to start with your own.

About 36 percent of its power in North America is now breeze-generated. The company has set 2025 as the year for the entire operation to reach all-green status.

This year, about 2.2 million kilowatt hours (kWh) of the distribution center’s wind-generated energy will come from its participation in the Dakota Electric Association (DEA)’s Wellspring Renewable Energy program, according to DEA President and CEO Greg Miller. That’s enough to power 263 residential homes for a year.

Uponor is the first major manufacturer to participate in Wellspring, he notes. “[We] provide a way for businesses to receive all their power from renewable sources without having to build infrastructure or get in the energy business,” Miller says. “Uponor has demonstrated its environmental commitment in a tangible way, and we are happy to assist the company in achieving its environmental goals.” 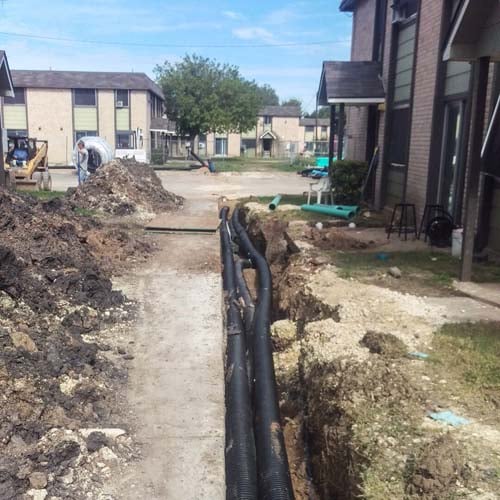 Globally, Uponor’s sustainability platform is centered on four key areas: conserve water, reduce waste, improve energy efficiency, and empower labor, according to Bill Gray, president of Uponor North America. “The milestone reached at our Lakeville facility,” he says, “is a leap toward achieving not only our goals for improving energy efficiency in North America but also on a global scale.”

Uponor took on environmentally sound water management a few years ago, when it expanded its Apple Valley, Minn., facility by 90,000 square feet—almost tripling its size—largely through the use of its own products such as the AquaPEX plumbing system and Wirsbo hePEX radiant heating.

Upgrades included rainwater collection to be used in landscape irrigation and toilet flushing, waterless urinals, low-flow toilets, and sensor-activated faucets. These features reduced potable-water usage by up to 100 percent, when collected rainwater is available, equating to 34,000 gallons of saved city water per year.

“It was important to the company to design a sustainable facility that would provide a superior environment for workers with respect to safety, work environment, and amenities,” says Dan Hughes, Uponor’s director of Real Estate, Security and Environmental Health and Safety.

Uponor, also known for its Phyn Plus leak detection technology, has been helping other entities work toward goals such as these for years, and there have been a lot of them. There was, fittingly, the $64 million new research facility for the National Renewable Energy Laboratory (NREL) in Golden, Colo.; the Fairway Village Apartments and the replacement of its 45-year-old plumbing in Austin, Texas; and even a green plumbing system for a Tiny Home that has toured the East Coast since 2015, to name a few. 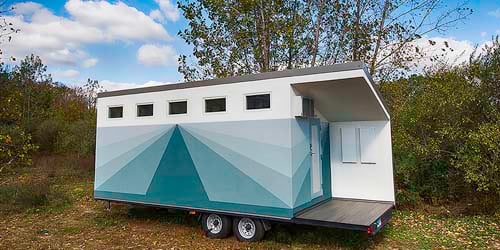 The company has also set 2025 as a deadline for reducing waste on its building sites to half of 2015 levels, with 100 percent of the scrap and packaging to be recyclable or reusable. At this point, 40 percent of 1 million square feet of plant and office space is LEED-certified, Uponor notes.

“How we manage our most precious resources affects the well-being of people and the planet for generations,” the company notes. “As pioneers in water and energy efficiency, Uponor takes that responsibility seriously.”