Toyota (NYSE:TM), creator of the Prius hybrid and the Mirai fuel cell vehicle, is committed to building vehicles for the way people live through our Toyota and Lexus brands. Over the past 60 years, we’ve built more than 36 million cars and trucks in North America, where we operate 14 manufacturing plants (10 in the U.S.) and directly employ more than 47,000 people (more than 37,000 in the U.S.).  Our 1,800 North American dealerships (nearly 1,500 in the U.S.) sold nearly 2.7 million cars and trucks (2.4 million in the U.S.) in 2017 – and about 87 percent of all Toyota vehicles sold over the past 16 years are still on the road today. 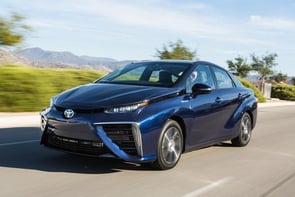 Toyota’s Mirai is the world’s most advanced electric vehicle with a small, lightweight FC stack and hydrogen tanks that are located under the floor of the vehicle, ensuring sufficient cabin space for four people. The vehicle's exterior design evokes two key characteristics of a fuel cell vehicle: the transformation of air into water as the system produces electricity, and the powerful acceleration enabled by the electric drive motor. The bold front view features pronounced air intakes, while the sleek side view conveys the air-to-water transformation with its flowing-liquid door profile and wave-motif fuel cap. The theme carries to the rear view, which conveys a catamaran's stern and the flow of water behind. Mirai’s design is meant to convey uncluttered, open and seamless space, soft-touch and contrasting textures and surprising refinements. 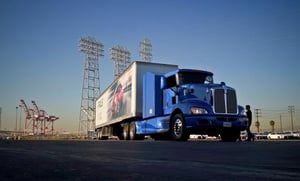 Revealed in April 2017, Project Portal is the next step in Toyota’s effort to broaden the application of zero-emission fuel cell technology that can serve a range of industries. It is a fully functioning heavy duty truck with the power and torque capacity to conduct port drayage operations while producing zero emissions. Heavy duty vehicles make up a significant percentage of the annual emissions output at the Ports of Los Angeles and Long Beach, and the Portal feasibility study may provide another path to further reduce emissions.