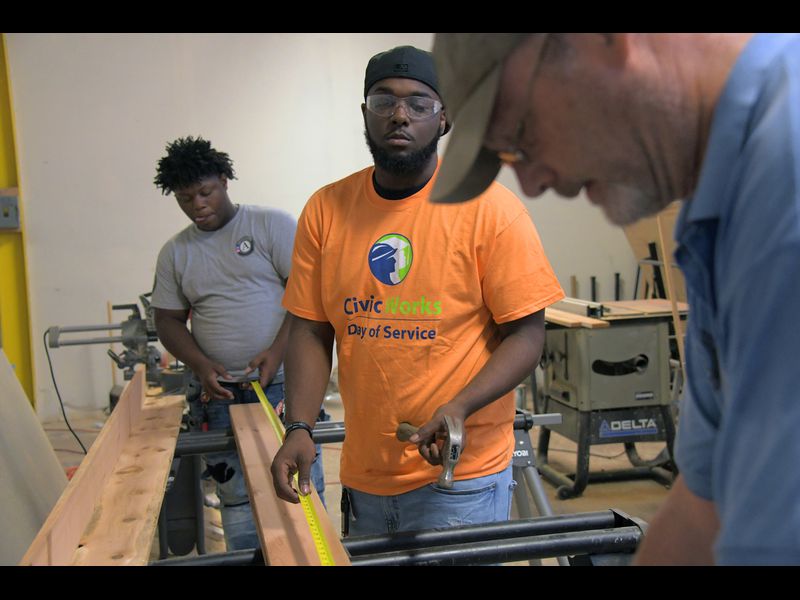 An article in the Baltimore Sun this morning explains the program, and the proposed changes to codes and zoning. Here's an excerpt:

"Still, city zoning laws can cramp the tiny house lifestyle. Most tiny houses are built on top of trailers to make transportation easier, but city zoning laws prevent tiny houses on wheels. That means even if people own a lot, they cannot park their tiny house there and live in it, says Kennedy, who is now deputy commission of homeownership and housing preservation in the city’s Department of Housing and Community Development.

Instead, people can build a tiny home on top of a concrete slab, she says.

“You own the land, you have a design that meets the building code requirements, you obtain the permits, you build the home to code through the process, then you will have a tiny home in Baltimore City built on a concrete slab foundation and can start living your tiny home dream,” she says.

The city has also worked with tiny house advocates to modify designs so they meet code, including changing where a bathroom door opens and hallway widths, Kennedy says. Within the next year, the city expects to adopt a tiny home amendment to the international building code, which would make the entire process easier for architects and designers, Kennedy says.