Although still behind other countries in solar power usage, the French Parliament takes a huge step forward.

Très bon French parliament! On March 19, the assembly took another step toward utilizing solar power by mandating that all new roofs in commercial zones be partially covered in either plants or solar panels, the choice would be left up to the business owners. 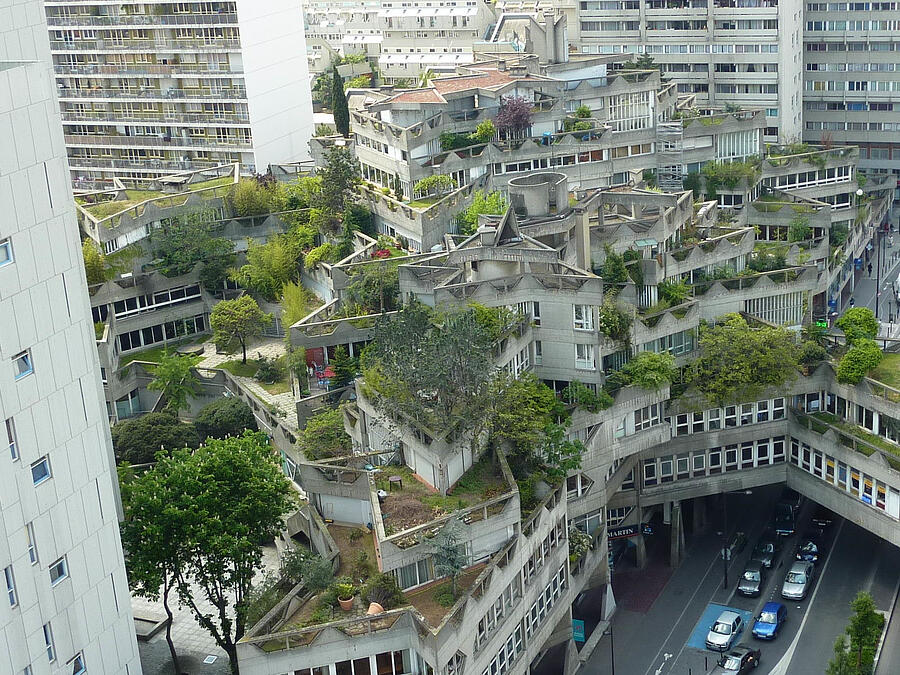 Jean Renaudie might have seen the future when designing French architecture to include beautiful green roofing, such as this famed project in Paris.

This outcome was not exactly what the environmental activists were hoping for, since they sought approval on plants for all residential and commercial buildings, but it’s a start since France is still behind other countries on its solar power use with only a reported 5 gigawatts of capacity.

A 2014 study by the European Photovoltaic Industry Association reports that, that the PV French market significantly decreased in 2013. According to the Institute of Electrical and Electronics Engineers, France had still been dependent on nuclear power for more than 80% percent of its power just a few years ago. Compare that to other countries, such as Germany, who uses more than 40 gigawatts of solar power.

According to the Natural Defenses Resources Council (NRDC), the plants on a green roof provide shade, thermal mass, and evaporative cooling that reduces temperatures on the roof surface and in the building interior below. Studies have found that green roofs can reduce the energy needed for building cooling on the floor below the roof by upwards of 50 percent.

Green roofs have many benefits, including retaining between 70% and 90% of water that falls on them, according to Green Roofs for Healthy Cities. In winter, they retain between 25-40%. They can also reduce the distribution of dust and particulate matter throughout the city as well as the production of smog, can capture airborne pollutants and atmospheric deposition and filter noxious gases. GB