"This is the first time we've assessed how freshwater availability is changing everywhere on Earth, using satellite observations"

For the past 14 years, a NASA-led research team working with the University of Maryland has been tracking freshwater availability in 34 regions of the world. The group published the results of their multi-year study in May 2018.
"This is the first time we've assessed how freshwater availability is changing everywhere on Earth, using satellite observations," said Matt Rodell, lead author of the paper and chief of the Hydrological Sciences Laboratory at NASA's Goddard Space Flight Center.
A key goal of the study “was to distinguish shifts in water storage caused by natural variability -- wet periods vs. dry periods – [as well as] from trends related to climate change or human impacts, like pumping groundwater out of an aquifer faster than it is replenished."
Freshwater is found in lakes, rivers, snow, groundwater, and glacial ice. It is the essential resource for drinking water and irrigation on earth. 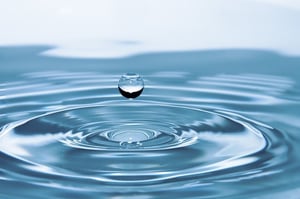 According to the researchers, what we are witnessing today is a significant change in freshwater availability.
"We see, for the first time, a distinctive pattern of the wetland areas of the world getting wetter, and the dry areas getting drier. [Further], embedded within the dry areas we see multiple hotspots, resulting from groundwater depletion,” said one of the NASA scientists.
This pattern of wet areas getting wetter and the dry regions getting dryer has been predicted for a while now, but the researchers suggest it is occurring faster than expected and so is the depletion of underground water. This refers to the drying up of aquifers, which is happening around the world.
In California, more than four gigatons of fresh water per year have been withdrawn from aquifers from 2007 to 2016 to address the state’s water needs. A gigaton of water would fill 400,000 Olympic swimming pools.
“Our only option is water efficiency, getting every mile we can get out of every drop of water we have,” says Klaus Reichardt, CEO and founder of Waterless Co, manufacturers of no-water urinals. “We have the technology to do this, we just need to use it in more areas of the world.”
###
About Waterless
Waterless Co. Inc. has established a well-respected reputation as being an innovative manufacturer of no-water urinal systems. Based in Vista, Ca, the 26 year-old company is the oldest manufacturer of waterless urinals in North America. The company’ manufacturers a full line of Waterless No-Flush urinals, cleaning liquids, and cost saving accessories. Visit: www.waterless.com
Share This Article