Vista, CA - For 30 consecutive days, three thousand volunteers in The Netherlands were asked to shower as they normally do, but finish their morning showers with a 30-, 60-, or 90-second blast of cold water.

The work attendance records of these volunteers were later analyzed. What was uncovered was that on average, the cold showering 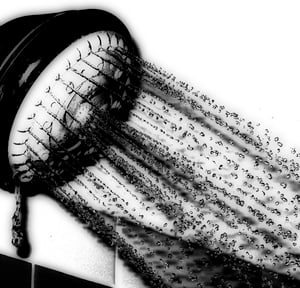 volunteers were absent nearly 30 percent less than people in a control group, who took their usual, warm morning showers.

Based on these findings, Dr. Geert A. Buijze, who headed the research team, concluded: Cold showers result in fewer sick days.

There did not seem to be any difference, however, whether the volunteers took 30, 60, or 90-second showers. The results were the same.

As to how cold is cold, the shower water was about 50 degrees Fahrenheit (F). In the U.S., the average shower water temperature is 106 degrees (F).

As to why the reduction in sick days, Buijze believes it was because the cold water made the volunteers feel more energetic. In fact, two-thirds of them felt so much better after taking cold showers, they continued to do so after the study was completed. * The cold water “triggers our fight-or-flight response, causing hormones to be released and our metabolism to go up,” said the doctor. But that’s not the end of the story, according to Klaus Reichardt, CEO, and founder of Waterless Co, makers of no-water urinal systems.

“Taking cold water showers can also promote sustainability. Studies report that if one person takes a [cold] shower at 65 degrees (F), they would pay $50 a year in energy costs. Someone else taking a [regular] hot water shower would pay more than $200.00 annually.” ** Reichardt’s advice: “Try finishing up a shower with cold water. You might feel better, be more energetic, save some money, and protect the environment, all at the same time.”

**Source: It Pays to Live Green

Waterless Co. Inc. has established a well-respected reputation as being an innovative manufacturer of no-water urinal systems. Based in Vista, Ca, the 26 year-old company is the oldest manufacturer of waterless urinals in North America. The company’ manufacturers a full line of Waterless No-Flush urinals, cleaning liquids, and cost saving accessories. Visit: www.waterless.com