Water purifiers used to be considered an after-the-sale amenity for homeowners. But with greater buyer awareness of water issues, your clients will appreciate a home with water quality in its bones. 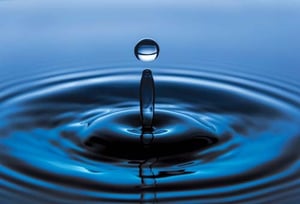 FOR CONSUMERS interested in clean, mineral-enriched drinking water, bottled water has been the traditional go-to solution. However, with growing interest in conserving resources, homeowners are increasingly considering alternatives such as point-of-use water filters and whole-house water purification systems.

Pointing your clients to these systems will help reduce waste and greenhouse gas emissions. In fact, 3M points to WebMD-published statistics stating that out of the 50 billion plastic water bottles purchased annually in the U.S., approximately one in four are recycled, leaving 2 million tons of bottles to populate the landfills.

These systems effectively save the oil, energy and waste disposal resources needed to produce bottles of water while addressing growing concerns about the healthfulness of all water sources, including municipal water, according to Matt Walloch, technical training and customer engagement manager, Pentair Water Purification, Milwaukee.

In general, water purification systems are either installed at the point of use (such as under a sink) or at the point where the water supply enters the house.

Knowing what system to recommend and install requires understanding the client’s priorities and the water supply’s particular issues. Sometimes there is a valid concern over a suite of possible contaminants; other times there is just one specific problem, such as too much iron. Sometimes it’s literally a matter of taste. The chart on page 53 shows the most common contaminants found in municipal and private water supplies. In any case, a water quality test is a good place to start.

The Genius of Reverse Osmosis Though simple in concept, reverse osmosis is effective at removing contaminants ranging from bacteria and viruses to inorganic substances such as nitrates. Pressure is applied to contaminated water, forcing it through a very fine membrane; the contaminants are left behind.

While water filter technologies will vary amongst manufacturers, activated carbon technology is a popular strategy for eliminating contaminants and improving taste. These filters utilize organic (carbon-based) material that has been thermally treated and broken into small particles, resulting in material with an extremely high surface-to-volume ratio. The large surface area provides sites to which various substances—such as chlorine—are adsorbed, or held.

Activated carbon filters are especially good at capturing organic compounds, including those that affect taste and odor; they are not as effective at removing salts and inorganic compounds.

In terms of dealing with total dissolved solids (TDS), such as fluoride, lead, selenium and copper, reverse osmosis (RO) systems effectively remove contaminants by mechanical means. The membrane then self-cleans with flushed water, explains White. RO systems are typically point-of-use units installed under sinks, where they can provide purified drinking and cooking water. One popular system, the RO-90 from Apec, retails for around $300 on Amazon.com and has earned stellar reviews. It can treat up to 90 gallons per day and removes nearly 100 percent of many common contaminants, including arsenic, fluoride and lead.

In addition, uranium can be treated with a reverse osmosis or water-softening ion exchange system. 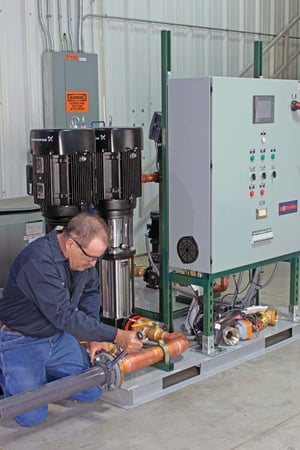 Treating Rainwater While still considered an extra green feature in many locales, residential rainwater harvesting is a very viable option in regions with limited or no access to groundwater, or in cases where the municipal water is of poor quality.

In order to bring the rainwater to non-potable or even potable levels, rainwater equipment sends the water through a number of filtration stages, starting with an inlet pre-filtration device.

“Then the water is filtered at various stages appropriate to the end use,” explains G. Edward Van Giesen, national sales manager for the BRAE product line, BRAE Rainwater Harvesting Systems/Watts Water Technologies, in Watkinsville, Ga. In fact, “understanding and applying the correct amount of filtration for the end-use is critical in designing a smart rainwater system.”

For example, if the water will be used for irrigation, then a 100 micron filter is usually sufficient. However, if ultraviolet light is used for disinfection, then the water must be filtered at 5 microns.

In addition, if the water is cloudy and turbidity levels are high, it must be filtered to remove not only suspended, but dissolved solids as well, using carbon block filters, he adds.

In terms of maintenance, Van Giesen explains that some systems have automatic self-cleaning feature while others require manual removal of a bag, screen or membrane.

For more information, the American Rainwater Catchment Systems Association is a good resource for builders and homeowners.

Meanwhile, water hardness is claimed to be the most prominent issue affecting owners in 85 percent of the country, according to Jim Suomi, national sales manager of new home construction at Watts Water Technologies, Tampa.

“Water containing hardness minerals, such as calcium and magnesium, creates issues throughout the home, including mineral build-up in the pipes and water heaters, scale formation on kitchen and bathroom fixtures and decreased efficiencies of water-using appliances,” he explains.

One strategy is water softeners, which are media-based systems utilizing ion exchange to remove these hardness minerals. The water flows through a bed of positively charged beads and the minerals are then “exchanged” for sodium ions. In order to regenerate the beads, water-softener salt is applied. However, it’s important to point out that the salt is not used in the actual softening process, which is a common misperception, according to Suomi.

One other approach is media-based systems that do not remove the hardness materials, but rather transform them into harmless, inactive microscopic crystal particles.

“Through a process called ‘template-assisted crystallization,’ the hardness minerals are transformed into crystals that stay suspended in the water, passing through the plumbing with a greatly reduced ability to react negatively with pipes and plumbing fixtures,” Suomi explains. “As an added benefit, there are no chemicals or salts used in this process. Also, there is no additional water used for a regeneration or backwash cycle.”

“A completely unique product, homeowners are impressed with the design and functionality of GROHE Blue Chilled & Sparkling and love the possibility of having sparkling water straight from their faucet,” relates Jana Seeger, trade marketing manager at GROHE America, New York.

In addition to above-mentioned TDS substances and minerals, a number of other contaminants may need to be dealt with, particularly with private wells.

For example, iron—both clear water iron, which emerges clear from the tap but then turns rusty, and red water iron—need to be filtered through an oxidative media, which effectively oxidizes and holds the iron, explains Suomi.

Another issue is acidity, or water with a low pH, which can cause blue-green staining. “This happens as a corrosive reaction occurs as acidic water passes through copper pipes,” he says. “In addition to creating cleaning issues, this reaction eventually causes leaks to develop in the pipes.”

“Acidic water can be passed through some type of calcium-based media in order to raise the pH and eliminate the corrosion issues,” he continues. “These systems also commonly require backwashing in order to eliminate any sediment or iron build-up that occurs in the tank.”

Although not as common, hydrogen sulfide, commonly identified by its rotten egg smell, can be treated with a carbon or aeration process.

It’s important to point out that whole-house reduction of all these contaminants cannot be accomplished with one piece of equipment. Therefore, it’s important to consult with a water treatment expert to determine what type of water filtration systems may be required in a given setting. In addition, White recommends NSF International as a good resource for understanding the assorted certifications which water filtration systems may carry.

With a variety of water filtration products on the market, filter replacement frequency will vary based on the system. For smaller, simpler units, cartridges can be swapped out by the homeowner, at least once a year, or when the flow rate starts to diminish.

Filters can contribute significantly to the overall cost of the system. For example, the cartridge on the Pentair H-300 costs between $50 and $100 (depending on where you shop) and needs replacing annually. The cartridge in the salt-free Nuvo Home System costs $70 but needs replacing every six months. The Apec RO-90 is a five-stage system. The first three filters require changing annually (the set costs $40). The RO membrane and carbon filter (stages 4 and 5) need changing every three to five years; a full set costs $120.

Some filters will “tell” the user when they need changing.

“The GROHE Blue Chilled & Sparkling water system measures the remaining filter capacity as well as the remaining time, and will indicate when to replace the filter,” explains Seeger.

Generally speaking, this filter requires changing at least once year, and bi-annual cleaning with a GROHE Blue cleaning cartridge is recommended to maintain optimal system operation.

However, with more robust systems, trained professionals should be brought in to perform media replacements, which can be anywhere from one to five years, depending on the system, says Suomi.

In the grand scheme of things, consumers are more aware of what’s in their water and the impact that consumption has on the environment than ever before, states Walloch.

This being the case, “the demand for more efficient products, salt-free softening and full-flow filtration products will continue to advance the water treatment technologies,” he predicts.

Although the EPA regulates over 80 chemicals and compounds that can make their way into drinking water, municipal supplies sometimes exceed acceptable levels for one or more of these. In addition, many substances are currently unregulated. Pharmaceutical residues are a growing concern; traces of antidepressants, antibiotics and steroids have been found in drinking water. The hydraulic fracking boom is prompting growing concern over contamination of water supplies with chemicals ranging from methane to formaldehyde. This chart shows only a few of the most common possible contaminants. To learn more, visit the EPA website: http://water.epa.gov/drink/contaminants/ or visit the Environmental Working Group’s National Drinking Water database: http://www.ewg.org/tap-water/chemical-contaminants/.