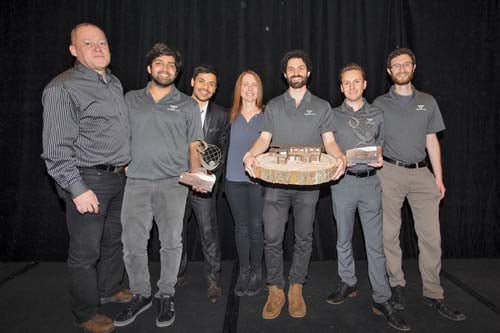 Virginia Tech team members were all smiles after being named winners of the Solar Decathlon Design Challenge.

The Virginia Tech team was named grand winner at the U.S. Department of Energy Solar Decathlon Design Challenge in April. Virginia Tech beat out 44 other finalist teams nationwide including 37 colleges.

The U.S. Department of Energy Solar Decathlon is a collegiate competition that challenges student teams to design and build highly efficient and innovative buildings powered by renewable energy. The winners are those teams that best blend architectural and engineering excellence with innovation, market potential, building efficiency and smart energy production, according to a DESD release.