BATTERY POWER COULD be thought of as the most important yet least considered element of power tool operation. Great battery power, runtime and longevity are expected. But a lot of technology and brainpower goes into the ongoing march toward greater productivity. Here’s what the landscape looks like today. The Advantages of Lithium-Ion Technology

Lithium-ion batteries make ultra-compact and heavy-duty tools the norm, not an exception. And the three inherent benefits—more power, runtime increase and no weight penalty—are the basic building blocks behind the technology.

Lithium-ion cells can either hold more power in the same-size package (as tools change) or maintain the same power in a smaller package. The reason can be found at the basic chemistry level: A single lithium-ion cell can hold and use up to 3.6 volts, but weighs less than its predecessor NiCad cell. As a result, a 36-volt lithium-ion battery offers twice the voltage capacity of previous technologies, even as it weighs about the same.

Any increase in voltage will increase runtime; consequently, users inherently benefit with a runtime increase along with the power advantages of increased voltage.

How a manufacturer preserves its battery products’ battery lives is important. Similar to any engine or machinery, extensive heat resulting from high amp-draw applications can cause damage to battery cells and drastically shorten their lives. Only by engineering the battery and its cells to resist these conditions are manufacturers able to bring a lithium-ion battery with acceptable life to the professional market and not cost end users significant investment and continual battery replacement. Charging the battery while it’s on the tool eliminates the need for multiple batteries and saves pros from the hassle of dead batteries.

There are three design steps that protect and extend a lithium-ion battery’s battery life, especially in heavy-duty applications:

Lithium-ion technology allows manufacturers to develop higher amp-draw tools, but also powerful compact tools. At the lower end of the voltage spectrum, manufacturers can offer an impressive step up in power in the smallest packages. For example, most of today’s drill/drivers far exceed the level of torque users need for common everyday tasks, such as driving fasteners and drilling pilot holes. But without a powerful ultra-compact solution, most users would be forced to carry around heavier overpowered tools. With lithium-ion, compact drill/drivers can accomplish the majority of the day’s work. These tools generally come in a 12-V size and will even fit into a smaller storage case. They can also take on unique configurations to fit into hard-to-reach areas. The Bosch Wireless Charging System allows pros to charge power tools virtually anywhere, including while in a moving vehicle or between jobs.

For applications where a heavy-duty tool is required, lithium-ion power makes tools such as a one-inch rotary hammer with chipping capability, a hand-held band saw, heavy-duty reciprocating saws and other high-power, robust products possible.

In the ongoing effort to increase productivity by eliminating downtime, a new versatile, dependable power tool battery system has emerged. Bosch has taken a lead position in this effort with its introduction of a wireless power tool charging system. This system ensures tools are always power ready—anytime, anyplace. The Bosch Wireless Charging System allows pros to charge power tools virtually anywhere—in a moving vehicle, between jobs, with the battery on the tool or off—eliminating the need for multiple batteries and saving pros from the hassle of dead batteries. The wireless charger and battery feature an innovative charging system that ensures more resistance against water, dust and dirt for better overall durability and longer battery life.

This power advancement is based on contactless energy transfer, also known as inductive charging. When the charger is plugged in and a compatible battery is placed on it, the charger begins wirelessly transmitting an alternating magnetic field. The battery, featuring an internal copper coil, acts as a receiver. As the alternating magnetic field penetrates the coil, voltage is induced and a charging current flows to the cells until full. Similar to conventional charging, the battery and charger are in constant communication during the charge process to ensure proper charge and a long battery life.

Most trade professionals run their businesses with 18-V lithium-ion power because it’s reliable and readily available. But users continue to pursue options that give them an edge: speed, performance, ease of use or runtime. The nature of the job at hand always dictates power tool requirements in the construction trades. It’s certain that increased 12V, 18V and 36V battery power that’s more powerful, lasts longer and delivers maximum runtime will continue to drive demand. 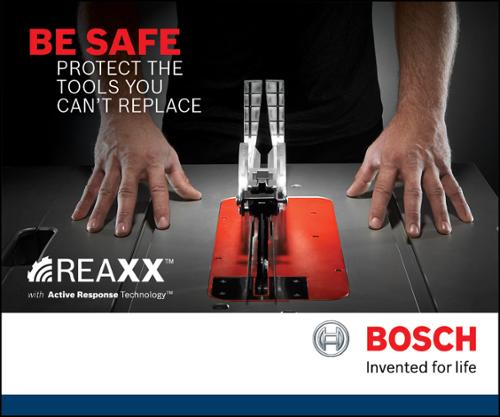