Welcome to Green Builder Media’s Webinar Series. Launched in 2011, this series taps forward-thinking, innovative speakers for lively online interviews and interactive Q&As. These webinars will help you stay on top of trends and will give you new ideas and best practices to bring back to your business (not to mention, they are entertaining—and free!)

The Sharing Economy for a Sustainable Future 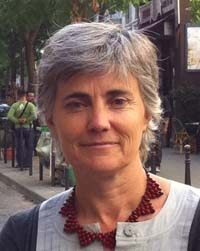 Robin Chase, Founder of ride sharing services Zipcar and Buzzcar, understands that the Sharing Economy - in which participants use the web to sell, rent, or swap everything from cars to baby clothes to remodeling services—is essential for a sustainable future. Join Green Builder Media as we interview Chase about the sharing economy, which is expected to grow to approximately $26 billion by 2016, and how this new approach will affect the building industry.

Chase is the Founder and former CEO of Zipcar (a service that brings together car owners and drivers in a carsharing marketplace), the Founder and current CEO of Buzzcar (which empowers individuals to take control of their mobility), and the Founder of GoLoco (an online ridesharing community.) She is on the Board of the World Resources Institute, the National Advisory Council for Innovation & Entrepreneurship for the US Department of Commerce, and the OECD’s International Transport Forum Advisory Board. She also served on the Intelligent Transportations Systems Program Advisory Committee for the US Department of Transportation, the Massachusetts Governor’s Transportation Transition Working Group, and Boston Mayor’s Wireless Task Force. Robin lectures widely, has been frequently featured in the major media, and has received many awards in the areas of innovation, design, and environment, including Time 100 Most Influential People, Fast Company Fast 50 Innovators, and BusinessWeek Top 10 Designers. Robin graduated from Wellesley College and MIT's Sloan School of Management, and was a Harvard University Loeb Fellow.

Visit our archive of thinkers, innovators, and world changers.