If you're considering an ionizing air purifier for your home, the safest bet may be to use a model that produces negative ions, not the more common positive ion generators.

IONIZING AIR CLEANERS OR AIR PURIFIERS claim to release ions that electrify and attract particles in the air - thus cleaning the air in your home. They run the gamut of price from low (you can get one from Bell + Howell for $32 after shipping and handling online) to exorbitant (the Airpura P600 retails at $1,200).

Ionizing air cleaners work by creating ions - positively or negatively charged molecules. Air in your home goes into the air purifier, and passes through an electric field. This field either tears away or adds an electron from any particles passing through the field. It works because many particles found in the air (such as dust or pollen) are larger enough to be easily broken apart. Once the particles pass through the field, there are either positively or negatively charged plates that attract the particles.

According to the Pima County Department of Environmental Quality in Arizona, air particles lead to asthma, lung damage, respiratory diseases, coughing, emphysema and even lung cancer. With so many negative risks, removing particles from home air is important - no doubt making ionizing air cleaners appear even more appealing on the surface.

There is a caveat, however. Ozone interacts with many products found in home construction, thus leading to higher ozone levels. And high levels ozone can cause problems, including, lung damage, coughing, chest pain and can worsen respiratory diseases - essentially leading to the same issues the air purifier was purchased to rectify.

For instance, one study found that if the air cleaner is used as recommended (24/7/365), amounts of ozone in the areas around the air cleaner increase substantially—to output 5 times as much ozone after a week of operation. And maintenance maters. Regular bi-weekly cleaning of an ionizing cleaner can reduce ozone creation, but never fully eliminates it. Additionally, another study found that only 20% of users clean their air purifier as often as recommended—and discovered that failure to do so leads to a build up of ozone emission in the home.

What should you choose instead?

Air purification is necessary in your home to remove allergens or particulates and reduce respiratory problems.  Fortunately, there are other options besides ozone-producing ion filters. Perhaps the best option to remove particles from the air is a high-efficiency particulate air (HEPA) filter. These filters are tested and 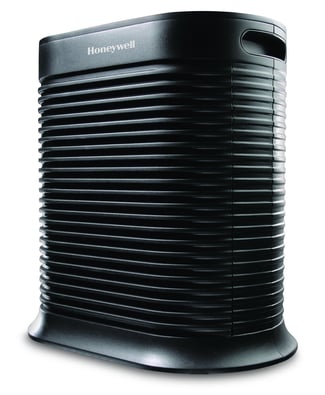 proved - the American Lung Association recommends them as the most efficient mechanical filter to remove particles from the air.

Another option is a non-ozone producing negative ion air purifier. These air purifiers not only clear particles from the air but may also help treat Seasonal Affective Disorder and depression. Be sure to choose a product that clearly states wif and how much ozone it emits. One such air purifier is the Wein VI-2500 High-Density Ionic Air Purifier.

Rising sea levels will pose a huge risk to affordable housing by 2050. Affordable housing along the...
1 min read
Sponsored Content It’s no overstatement to say that smart irrigation like this should be on the...
2 min read
Why be part of the problem? By making a few changes to your home or condo, you can take giant steps...
5 min read
The Walk offers residents an all-electric, sun-powered lifestyle and wins a Green Builder Home of...
4 min read
COVID has impacted nearly every industry in our economy, with travel and recreation on the top of...
3 min read