Emissions generated by transport in Europe are still on the rise, while electric vehicles are struggling to take off.

The main obstacles to the spread of e-mobility are the limited batteries on the market and the underdeveloped infrastructure.

Greenhouse gases decreased by 23% between 1990 and 2016, said the third report on the state of the “Energy Union”, which tracks the EU's transition to a low-carbon society. However, we cannot let our guard down, as the emissions from the transport sector continue to grow while electric vehicles still represent a niche market.

One of the most advanced European e-mobility plans is underway in Nottingham, UK, supported by the EU project REMOURBAN. Among the initiatives, the city has set up a fleet of 58 fully electric buses. Most of them are 9.2 metres long and can accommodate 43 people. The last 13 vehicles purchased are larger - 12 metres in length - have more autonomy and can travel for up to 18 consecutive hours.

More autonomy means heavier batteries. However, Richard Wellings, principal public transport officer at Nottingham City Council, explains “The heaviest buses of our fleet have the equivalent weight of traditional double-deckers that also operate around the city. So they do not cause any more damage to our road surfaces or local streets than these vehicles.”

The Spanish city of Valladolid, also working with the REMOURBAN project, has a small fleet of five hybrid buses (diesel and electric) of 12 metres operating on the electric route, which is 12 km long. Six other new hybrid vehicles will be delivered at the end of this year and will cover a different route.

The buses are fast charged during service at two points, at the beginning and at the end of the route,” says José Barriga, managing director of Vectia Mobility, the company that manufactured the vehicles. “The buses charge at 150 kW in 4 minutes”. 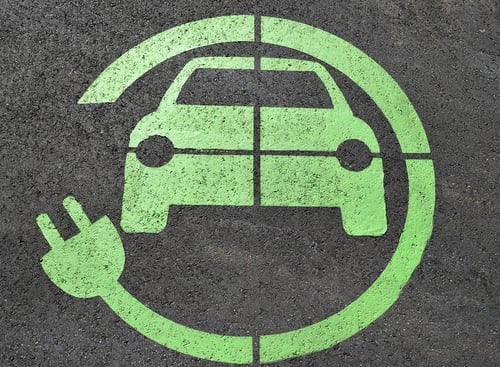 Of course they’re not zero-emission vehicles, but “this concept contributes to reducing the size of the battery and minimises the cost and load of the vehicles, while ensuring maximum passenger carrying capacity. The battery weight in our buses is around 400 kg, significantly lower than the 3-4 tonnes that are necessary for those with overnight charging solutions”.

A successful electrification of private transport is even more challenging. Firstly because of the high prices of electric cars. Actually, the number of e-drivers is growing in countries whose governments have backed them with generous incentives and tax breaks. The best example is Norway where, in 2017, zero-emission cars accounted for more than 50% of new-car sales, a world record.

The expert collaborated with the project Unit-e, which aimed at linking existing national networks to improve cross-border electric vehicle driving in Europe. A basic need of users is what Capocaccia defines as “EU-wide interoperability”: the possibility to recharge a vehicle using a common framework, with the same characteristics across Europe.

The research consortium implemented an electric network covering UK, France, Belgium and Italy through 38 multi-standard, interoperable stations, which allow a vehicle to be charged in less than 30 minutes. There’s an urgent need “to develop large projects, involving many European countries, which should be strictly integrated with the national initiatives,” Capocaccia concludes.