A unanimous ruling by the public utilities commission rolls back the incentives that are driving solar installations in the rest of New England. 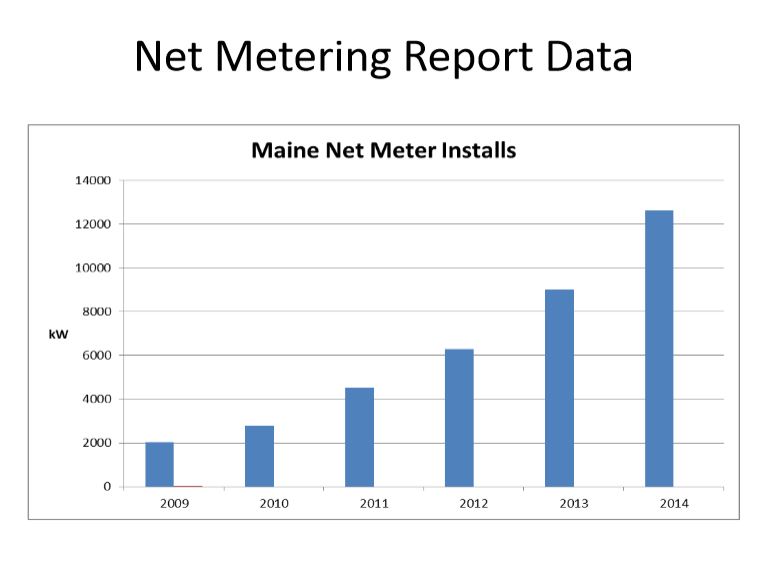 Have you ever had a friend who seems determined to undermine his own success? Sometimes I feel like that about my own State of Maine. We’re a stubborn bunch. We don’t like to play by Washington’s rules, and we especially don’t like to do what people “from away” are doing, even if it works.

The recent decision to phase out solar incentives is one of those moments. Apparently we don’t care what those shifty characters in Massachusetts are doing. Sure, they’ve installed ten times more solar than we have. Their economy is growing at a pace that puts them in the top 10 in the nation, and kids are not fleeing their state. But that’s TWO HOURS away! They’re practically foreigners, so CLEARLY, nothing they’re doing is replicable here in Maine. And that goes double for anything modern and high tech, like renewable energy.

Beyond the Cave Door

Led on by our “imbecile” governor Paul LePage, Maine’s solar foes like to cite popular myths about solar, notably one claiming that by weakening solar incentives, they are protecting “poor people” who might end up subsidizing solar for rich people. If this were truly the case, I’d be behind it 100 percent. But it’s not true. This myth has been thoroughly reviewed and discredited by numerous studies.

Also, Maine’s P.U.C. members say that because solar panels are cheaper, citizens don’t NEED incentives any more. That might be true if electricity were expensive in Maine, say $.17 kWh like it is in New Hampshire, but in Maine it’s 11 cents kWh. So without the incentive of electricity credits, buying solar looks like a debt you might never recover. Also, without grid-tied trade off of credits, you’re saddled with a new cost: a home battery system. That’s another $10,000 up front. No one but a rural homesteader is going to sign on for that deal

Finally, if you look at Maine PUC’s approach to solar overall, the white hat argument doesn’t stand up to the straight face test. One of their other provisions limits the size of solar farms in the state. Apparently the idea of more than 10 people at a time putting their money into clean energy sources has the utilities worried. Frankly, I think utilities they should stop trying to defend their turf as power producers and get out of the power making business completely—and become full-time energy managers. Let them manage and maintain the grid, and eventually we’ll become a nation of small, smart clean energy plants.

Aside from the missed opportunities for jobs, cleaner air, less pollution and more independence, Mainers do have some things to gain by crippling the solar industry in Maine. For one, we’ll have less traffic (no new people), fewer wild parties (no young people), and we’ll provide a short-term paradise for people from away who have lots of extra cash to spend (money they’re earning with solar in their states). Our kids won’t need education, so that will save money. They might as well start practicing the only job skills they will really need: “Can I get you anything else sir.” “Yes, ma’am, I cleaned them and folded them for you.” “Here’s your lobster bib. Enjoy!”

The solar industry nationally is more than doubling each year, leaving other forms of energy jobs in the dust. But why should Maine care? We have been promised “dismal” job growth through 2022 of 2.3 percent, as people flee the state, and older people stop working.

The point is, solar incentives, notably net metering, DRIVE solar growth. Without them, Maine might as well go back to making toothpicks and macaroni art, and call it good.