An award-winning journalist with more than 20 years experience covering the shelter industry, Christina resides in Tucson and is long-established active member of the National Association of Real Estate Editors.
Find me on: Solar shingles and an attractive rebate program are making net-zero homes from Addison Homes appeal to buyers in this South Carolina market.

Addison Homes is committed to making zero energy a mainstream option, modeling a vision of sustainable construction that’s attractive, affordable and attainable for homeowners. Its 2,700­-square-­foot InVision Zero SC is not only the first zero­-energy home in Greenville, S.C., it is also the first area’s first Active House.

END_OF_DOCUMENT_TOKEN_TO_BE_REPLACED Even the prettiest kitchen is often noisy and messy. As homes grow smaller, backlash is growing against the open kitchen.

Want to see if a design idea is trending? Check out broadcast commercials. One of the newest is for HomeGoods and features a young couple preparing food in a closed in kitchen and bringing it to a dining area to share with friends. See the link below to watch it.

END_OF_DOCUMENT_TOKEN_TO_BE_REPLACED

YOO "Vertical Village" Strives to Link Montreal's Past and Future 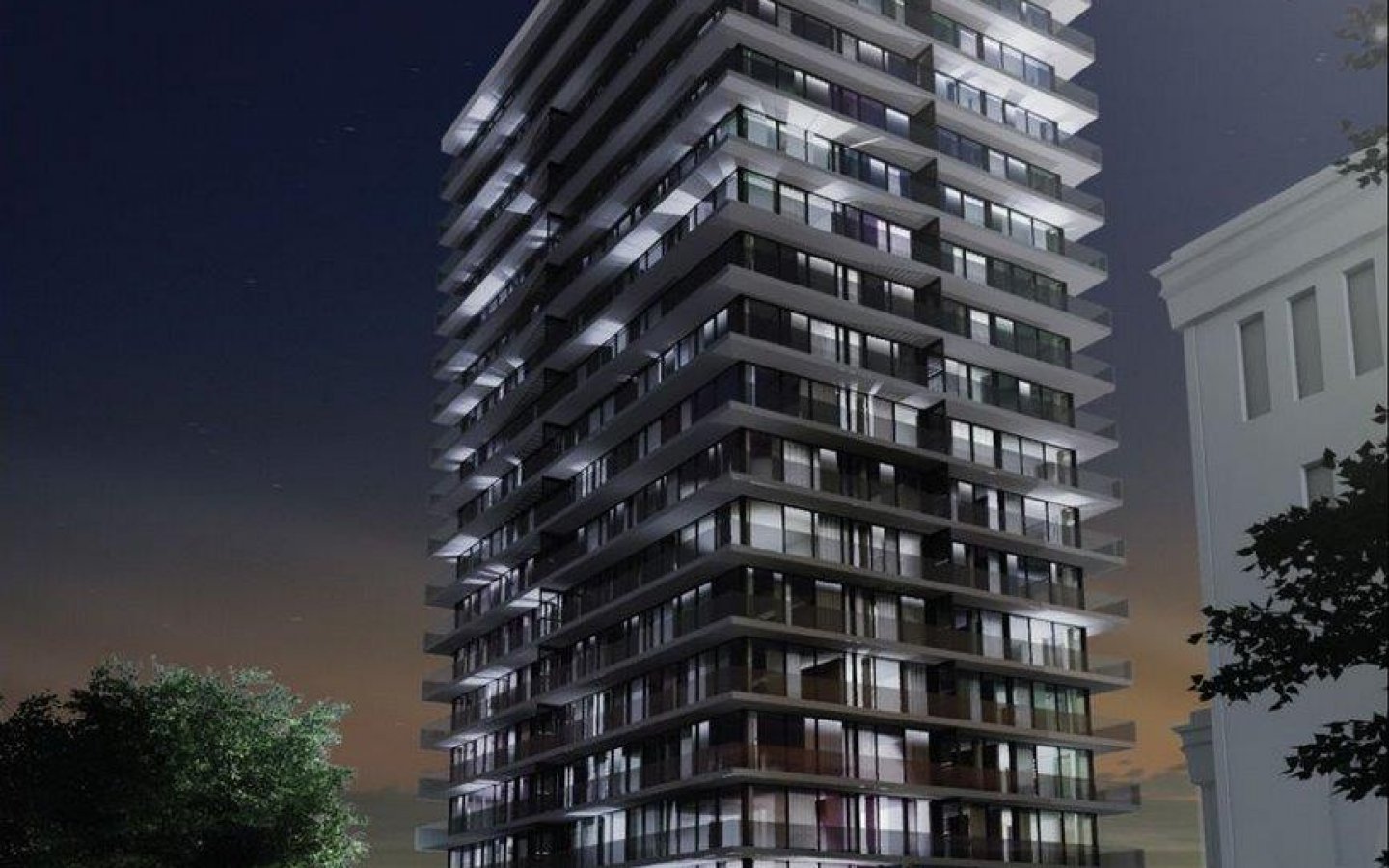 YOO's Montreal Vertical Village Is part of a historic renaissance that is morphing a former suburb and gritty industrial neighborhood into polished urban cool.

Famed designer Philippe Starck designed the 84-unit YOO Montreal project in conjunction with international property developer John Hitchcox. Under construction in the Montreal neighborhood Griffintown, Constructions Chapam, a Montreal firm headed by Maxime Lachance, is the builder and will be selling the 84 units.

Griffintown is now a Montreal neighborhood in southwest downtown. It started as a faubourg or suburb and has a rich history. The neighborhood was the home of Irish immigrants in the 1800s. Like many urban areas throughout North America, it went from tenements to industrial, was carved up by expressways and today is regaining an urban cool.

END_OF_DOCUMENT_TOKEN_TO_BE_REPLACED

Sunny Side: Kitchen with its south-facing windows.

“IT'S ABOUT BUILDING HOMES that I would live in with my own family,” says Sloan Ritchie of Cascade Built. He does live in his first passive home, the award-winning Park Passive.

END_OF_DOCUMENT_TOKEN_TO_BE_REPLACED

Energy-efficient design meeting Passive House standards is not an oxymoron when it comes to winning awards for housing design excellence.

AUTUMN HILL LANE HOUSE, as this project is called, just earned another accolade--as the cover house in Design New England magazine. In 2013 the house received the Energy Star Energy Efficiency Award and the People’s Choice Award for Best Overall Project from the Home Builders and Remodeler’s Association of Northern Vermont.  The house designed by brown + davis design, Jericho, Vt., received a 2014 Citation Award for Excellence in Architecture from AIA Vermont.