SAFE AND SUSTAINABLE CONSTRUCTION IS GAINING GROUND across the United States as more communities recognize the International Green Construction Code (IgCC) as a regulatory tool to increase energy efficiency and complement voluntary green building rating systems. Florida, North Carolina, Oregon and Scottsdale, Ariz., are the most recent jurisdictions to adopt the IgCC, according to the International Code Council. 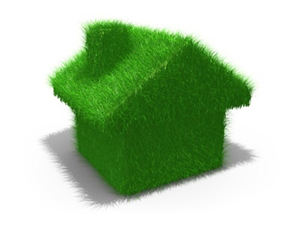 "The adoptions ICC is announcing are actually for earlier versions of the code as it made its way through the development process, so some of them are for Version 1 and others are for Version 2," explains Green Builder Media Co-founder Ron Jones.  "I have heard people from some of these adopting jurisdictions say that they are simply putting them in as place holders until the final version has been published by ICC." IgCC has not yet received final approval from the voting members of ICC or been published as an official code. That vote is scheduled for the final action hearings in Phoenix in early November and the code is scheduled for publication in the first quarter of 2012.

Florida has adopted the IgCC as an option for the retrofitting and new construction of all state-owned facilities. Previously, Florida law did not recognize any kind of green construction code, only voluntary rating systems. The legislation specifically allows the IgCC to be used by the Department of Management Services and encourages state agencies to adopt the IgCC as a model green building code that will apply to buildings financed by the state, including county, municipal, school districts, water management districts, state universities, community colleges and state court buildings. When economically feasible, the legislation recommends retrofitting existing state-owned buildings in order to maximize building efficiency. The legislation notes that Florida lawmakers expect the IgCC to serve as a model for private sector adoption of sustainable building measures.

The 2011 Oregon Commercial Reach Code features energy-related provisions of the IgCC Version 2.0 with amendments. The IgCC was flexible enough to adapt to Oregon’s needs and integrate with the existing I-Codes that the state currently uses. The State of Oregon Building Codes Division developed the optional “reach code” that includes construction methods and technology to increase energy efficiency. Builders across the state can now use this optional code to develop high-performance new construction projects as well as retrofits. The Commercial Reach Code, which also incorporates components of the 2012 International Energy Conservation Code (IECC), took effect July 1.