We May Not Be Cooking with Gas Much Longer

Attending last week’s International Builders Show put on by the National Association of Home Builders, followed by a day at the fourth annual Sustainability Symposium put on by Green Builder Media, I can report the gas wars are heating up. 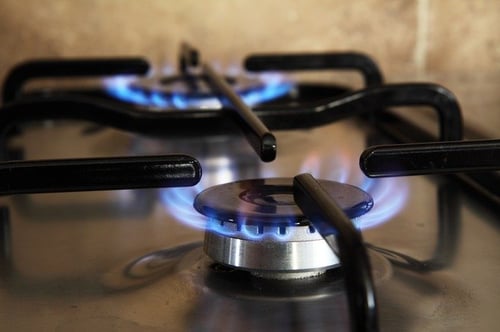 I’ll admit to former snobbery about cooking with gas. Fancying myself an accomplished home chef, I toed the party line. But moving into a home 10 years ago with an electric range, I had to adapt. Now I pride myself on expertly manipulating choices 1 to 10 on the dial. I’m pretty sure the pot of boiling pasta water doesn’t know the difference.

Attending last week’s International Builders Show put on by the National Association of Home Builders, followed by a day at the fourth annual Sustainability Symposium put on by Green Builder Media, I can report the gas wars are heating up.

As a member of NAHB’s Energy and Green Codes and Standards Subcommittee, we heard a representative of the Gas Technology Institute present pure propaganda on the benefits of gas in our homes. The city of Berkeley, Calif., woke them up and got them worried. As it should.

A few columns ago, it was noted Berkeley now bans gas for new homes. While it’s true that city issues very few new home permits, it has inspired other California communities to consider similar ordinances.

As electrical utility companies pursue paths to be 100 percent carbon free (PNM says it will be by 2045), our homes should become 100 percent electric. Santa Fe has pledged to be carbon neutral by 2040. But if we are still heating our homes, water and frying pans with gas, it will be much harder to get there.

At the Sustainability Symposium, the last speaker of the day was Santa Fe’s own Ed Mazria, founder of Architecture 2030 and the only person I have ever met who has literally changed the world.

In 2005, he issued a challenge to builders and architects, in which he asked them to commit to net-zero energy buildings by 2030. That has produced a leveling off of global greenhouse gas emissions from buildings even as billions of square feet have been built globally since 2005. That’s an undeniable impact, but leveling off is not enough. It must decline and soon.

All electric is the only way we get there. We know electric heat pumps and mini-split technology is superior and sufficient for tightly built and well-insulated homes. Mini-splits are the current rage because they supply both heating and cooling and can be powered by rooftop solar panels. But it’s not new technology. Every motel room you’ve ever been in has one under the front window. What’s new is their efficiency and unobtrusive designs.

Electric, wall-mounted hot water heaters take up less space in our mechanical rooms and supply endless hot water, even to homes full of teenagers. That leaves the kitchen range as the only holdout to the path to carbon neutrality.

One of the claims of the gas propagandist was that kitchen fires are more likely in homes with electric ranges. It is true that it’s hard to tell when my glass-topped electric range is on or off by looking at the burner and I confess to accidentally forgetting to turn it off on occasion, but with electric induction ranges, that worry is over.

Induction ranges only work with iron-based cookware since magnetic fields work the magic. One can literally be sitting on the range top with all burners on high and not feel a thing. But put a stainless-steel pot on the burner and it’s boiling within seconds.

Is Santa Fe ready to outlaw gas in new subdivisions? In a state so dependent on oil and gas revenues it won’t be easy, but it is time for the discussion.