Water Conservation: Leave It to Beavers?

Water should go—we all know—to those who tend it, who use it, who love it, who dance for it, and it should flow downhill from stream to river, and river to sea. – “Dancing for Water,” Stanley Crawford, 1990

LIKE ALL GUERILLA FIGHTERS, the beaver is most effective at night. The hours between dusk and dawn belong to him; under cover of darkness he is more than capable of overpowering our stubborn but feeble daytime efforts to keep the irrigation gate clear, the water flowing.

I don’t begrudge the beaver his fair share. Some ranchers and other water users downstream claim that he “steals” water that is rightfully theirs, due to increased evaporation and absorption in the series of mini-reservoirs he creates. But various folks on the scientific side dispute those claims, pointing out that deeper, stiller water evaporates more slowly to begin with. The beaver’s supporters sometimes go so far as to refer to the jewel-like strings of ponds as “water savings accounts” that allow for gradual, more prudent withdrawal during dry times. 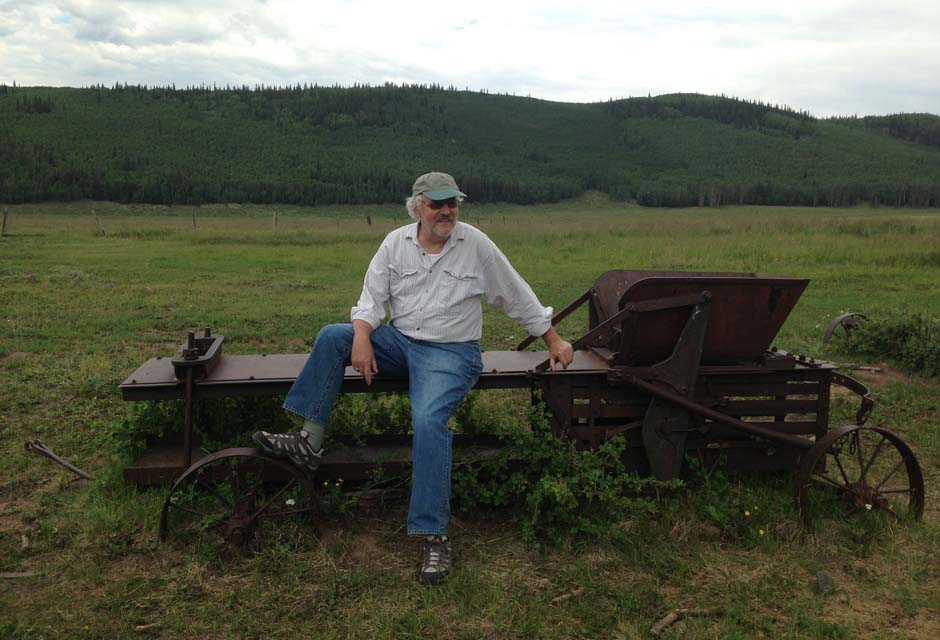 All I really want is my fairly allotted portion so I can allow it to meander, almost miraculously, to the grasses in the meadows where the elk and mule deer find it irresistible, where the moose frequently leave “crop circle-like” evidence that they have bedded there overnight, where the occasional interloping cattle—generally mama cows and calves—stray from the Forest Service grazing leases and push their way through the old fences to sample the sweet top grass.

In reality, like everybody else, I’m only borrowing the water, anyway. The runoff leaves the lower end of the meadows, where it rejoins the creek and then slips into a bolder flow—a measurably larger stream that in turn makes its way to join a real river and eventually, as part of that significant tributary, flow into the mighty Colorado. There it is reunited with the countless other drops of rain and flakes of snow that were carried aloft from the Pacific and Gulf, often by turbulent weather systems, to be deposited west of the Continental Divide, the first of many stops on the way back to the sea.

If I scoop a handful, sparkling cold, from the tiny headwater rivulets, high above even the beaver dams, it is not hard to be mentally transported along that timeless journey from ocean to snowpack and back again, though it is no longer a completely natural route or event, as the water is detained repeatedly along the way, not just by the beaver and insignificant little detours like our meadows, but by the mightier hand of man—the great dams, irrigation canals, aqueducts, municipal storage tanks and waste treatment plants that allow its use and reuse (I was recently told that a glass of tap water in a major southern California city has been cycled twelve times along the way), until virtually none is left to complete the round trip.

For now, the beaver and I will continue to regularly do battle, but I concede that in the end he will win out, because nature has simply made it so, and I cannot help taking some comfort there.