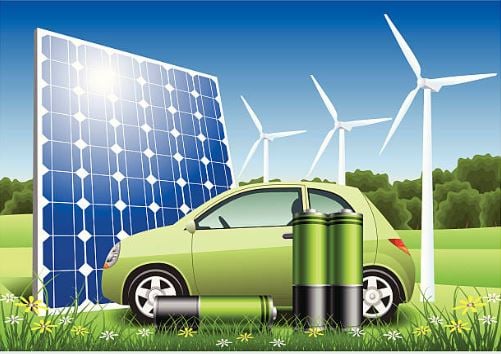 The simple answer in nearly every instance is “Yes.”

Not a Drain or Major Expense

To fully charge an electric vehicle to drive 100 miles using power from an electric utility will cost approximately $2.75. This is what it costs to run a central air conditioning system for roughly six hours.

The efficiency of all-electric cars and trucks is measured in Kilowatt hours per 100 miles. If your energy source is a utility company, the cost is probably around 11-cents per Kilowatt hour. If the vehicle consumers 34 Kilowatt hours to travel 100 miles, the cost per mile is around four cents. An online calculator can be used to determine your precise costs. If your home has a solar energy system like the ones that Cedar Creek Energy installs and maintains for customers, the cost per mile is considerably less in most cases. If it is a new solar energy system, the company designing and installing it can take this use into account as it determines how many panels are needed and whether a storage battery is a good idea. For an existing system, a simple analysis can determine if an additional panel may be required. 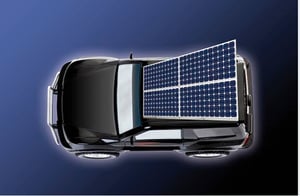 But for most homes using a normal amount of power, there is no reason why the solar energy system cannot also be used to keep the auto charged.

There are two levels for charging stations installed in the home. A basic Level 2 charger has standard safety features along with status lights. But the more sophisticated “smart” chargers include features such as data collection, a user interface system, additional displays, timers for charging and keypads.

Most people with an all-electric automobile charge it overnight when there is less demand in the home for power. Plug in the car before you get into bed and by morning it will be fully charged to run the kids to school, take you to work, or make it through your errand list.

As a result, it’s easy to have plenty of juice in the car for the next day.

Rob Appelhof is President and CEO at Cedar Creek Energy. CCE is a solar system company in Minnesota for Commercial and Residential solar solutions and other renewable energy solutions.