Use a Sensible, not Senseless Marketing Strategy

They say it may be the most overused cliché of all. You know it well: “The definition of insanity is doing the same thing over and over again and expecting a different result.” Although the quote is generally attributed to Albert Einstein, there is no proof that he really said it. But whether it indicates actual insanity or merely foolishness, the act itself makes little sense.

I’ll give you an example. I have long been confounded by the willingness of building product manufacturers who repeatedly swallow the notion—hook, line and sinker—that the golden fleece of success they’re pursuing is theirs for the taking if they can just get “access to builders.” This is a myth that is wickedly perpetuated by trade associations and a vast array of snake oil salesmen, each pandering their own secret sauce with promises that builders will find it irresistible. 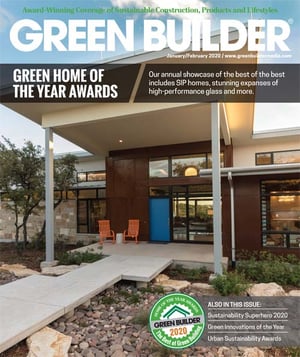 I can’t begin to remember all the gifts that were showered on me by salespeople and others representing various building product brands over the course of my decades-long building career in hopes I would be persuaded to purchase their goods. I have long since lost count of the nice work jackets, fleeces, shirts, caps and other workwear that I’ve donated to shelters and social services organizations in hopes that someone could find them valuable and useful.

Sorry to break the news, but I never made a specification or buying decision based on the swag somebody was handing out—no matter how nice it was—nor the free lunch or beer that flows at industry events and promos. But even if I had, and even if some builders do, you’re barking up the wrong tree to begin with. The truth is that as time goes by, more of the building product choices are being made, or at least heavily influenced, by other players in the transaction.

I think we can agree that the most-disruptive force in the building industry in the last few decades is the easy access consumers have to infinite information via the internet. Buyers are increasingly savvier than ever and are oftentimes armed with more and better facts than the builders they’re talking with. Additionally, the building business evolves at such a breakneck pace with new technologies, systems, products and building science that builders can’t possibly keep up with all the new developments. They have been forced to depend on their suppliers and subcontractors to provide critical assistance in decision making and selections, just to attempt to keep up.

Yet, it’s amazing how many marketing departments and outside agencies still swallow the Kool-Aid and believe that the Holy Grail is within reach if they can only outflank the competition by capturing the attention and imagination of their elusive traditional quarry. They’ll try almost anything to differentiate their offering, but sadly, there is very little originality—just the same old tired exercises that haven’t been working up to now.

Think about who your true customer is. Who is ultimately going to use whatever it is you have to offer? Hint: It’s not some mythical, one-size-fits-all character out of the previous century.

Not sure who said it, but “hope is not a strategy.” You can’t repeat the same ineffective messages and employ worn out techniques if you realistically expect to change the outcome. It doesn’t take Einstein to figure that out.