To Keystone or Not to Keystone?

The Keystone XL Pipeline drama continues—on Tuesday, President Obama vetoed a bill proposed by Congress to approve construction of the $8 billion project. In a succinct rejection statement, Obama stated that the legislation would “circumvent longstanding and proven processes” for evaluating a project like this one.

This issue has become one of hottest potatoes on the Hill, and certainly one of the most politically polarizing debates in our current national dialogue. There is a wide swath of vested interests and all hands are on deck supporting their side of the tug of war, from corporations to tribal nations to celebrities. So, what’s really at stake and why are both sides so vigorously putting their foot down on this particular issue?

Advocates suggest that the pipeline will create 42,000 jobs; increase national energy security; provide a reliable source of oil (at a time when there are still 250 million gas-pumping vehicles on the road); and stimulate the American economy.

Critics point out that fewer than 50 permanent jobs will be created; that the domestic accessibility of the oil is questionable (it is expected that most of the oil would be transported abroad); that any economic benefit will go directly to the oil companies (not to the American people); and that the environmental risks are far greater than any potential rewards.

The State Department’s 11-volume environmental impact review seems to side with the project’s critics, claiming with no uncertainty that the pipeline would carry some of the world’s dirtiest oil through some of our most fertile land (below which lies one of our most precious aquifers) to be refined on the already environmentally impaired Gulf Coast into fuel that would mostly be shipped abroad, with very little economic benefit to the U.S.

As with any debate, there are two sides of the issue, with the truth resting somewhere in the middle. In reality, the Keystone XL pipeline has been over-glorified. It will neither be the savior of the American economy nor “game over” for the planet. 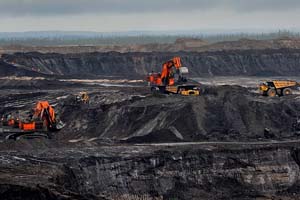 But the importance of the Keystone saga has less to do with this pipeline itself and more to do with taking a stand. The pipeline has become symbolic for the raging energy debate, with environmentalists using the Keystone to increase awareness about clean energy and climate change, and conservatives equating it to financial progress and patriotism.

After six years of growing polarization, America seems more confused than ever about our energy future. At the end of the day, the issue boils down to one question: which side of history are we going to stand on?

Considering that tar sands oil generates 17% more carbon pollution that conventional oil, it seems that we’d be taking a step backwards by supporting the Keystone XL pipeline, rather than moving towards a sustainable future. And I can’t help but wonder: will our addiction to polluting fossil fuel profits prevent us from playing a meaningful role in the clean energy revolution?

In the murkiness of the Keystone dispute, one thing is certain—the end is far from near. Congress has promised to either override the President’s veto or force approval through with other legislation, such as spending bills funding federal agencies (making a veto much riskier for Obama.)

For now, the President is standing firm on the other side of the issue, even though he has not yet officially rejected the pipeline. Some experts say that a final decision may be closer than we think, as many of the requested environmental assessment reports are reaching conclusion.

While the Keystone is only a pawn in a much larger political chess game (and, ultimately, the Keystone pipeline verdict will be driven more by oil prices than by environmental activism), the decisions that we make today will point us in a decisive direction one way or another—either as leader or laggard.