Hypocritical (adjective):  the contrivance of a false appearance of virtue or goodness, while concealing real character or inclinations…

Hardly a week goes by when I don’t receive multiple communications from the National Association of Home Builders (NAHB) beating the drum for housing affordability and blaming any lack of same on a revolving list of outside forces, namely; regulations, safety and performance requirements, the scarcity of buildable lots, escalating costs of materials and labor, tightened lending rules, unfavorable interest rates, and housing policy in general. 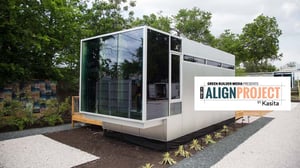 These are all legitimate concerns for builders, home buyers and renters alike.  One indicator is the constant adjustment in the size of the typical new single-family home, which shrunk slightly in the last reporting period to something less than 2400 square feet.  In a way, this reflects the fickle nature of the American consumer, the same folks whose car buying choices are oftentimes predicated on the current price of gasoline, rather than any long-term cost of operation.  But it demonstrates that size really does matter, especially when it comes to what a family can afford.

NAHB does a masterful job of manipulating its messaging to simultaneously position itself as the leading advocate for the homebuying public and as an indispensable ally protecting its industry members.  In doing so, the organization seeks not only to claim the loftiest pinnacles of industry knowledge, but also the moral high ground associated with home ownership.

So, this brings me to the glaring contradiction that NAHB rolls out at the beginning of each new year through their official demonstration house, proudly called The New American Home (TNAH).  In this cycle it takes the form of a spectacular show home in the foothills outside Las Vegas that embodies brilliant design, cutting edge technologies, all the imaginable bells and whistles, premium products and systems, impeccable workmanship, and, oh by the way, something a little north of 9000 square feet worth of the American dream.

We are not talking about an exception here, NAHB’s poster child for the epitome of American residential aspiration is almost always enormous in its proportions, bearing little resemblance to a dwelling that any regular working family could harbor hopes of owning.  In this case, we could fit almost four of those typical new homes into TNAH 2019.  I have called out NAHB on multiple past occasions regarding the scale of these projects and the message being conveyed, but their justification is that TNAH is a representation of what’s possible, not what’s practical, responsible or achievable.

Let me be clear, my purpose here is not to condemn the builder, nor the eventual buyer, of this home.  If there is a market to be served for buyers in search of homes of this scale, and it is obvious that there is, then it is certainly the purview of luxury home builders to meet that demand.

It is that hypocritical message that I’m opposing.  If NAHB wants to claim the noble title of champion of the home building industry and protector of the American dream, why not choose to bring to life projects that exemplify the nexus of affordability, performance and resiliency?  Why not divide those 9000 square feet into three or four structures featuring realistic solutions to the challenges shared by home builders and home buyers?

At the end of the day, I suspect the trade group would harvest just as much sponsorship revenue and media coverage out of their program.  Moreover, they could be providing valuable lessons of successful strategies to their members.

Heck, they might even finally do it with a straight face.