This is Why Enforcing Drastic Isolation Measures Is Important

When it comes to COVID-19, there are a lot of numbers floating around, but the math is easy.  Here are the important variables:

Let’s look at all of these for the US: 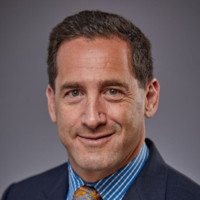 According to research from the WHO and CDC, and based on data from China and Italy, it appears that for every reported case, there are 20 – 100 unreported ones.  That makes sense, right?  Particularly here in the US, where there are very few tests available.  There are currently 4,491 reported cases in the US.  That means total (reported and unreported) cases are somewhere between 90,000 – 400,000.  Based on the data, I personally think that we are closer to the high end of this, but for the purpose of this exercise, let’s assume that right now we have approximately 100,000 cases of Coronavirus in the US.

Currently, like Italy and China before us, the number of Coronavirus cases is doubling every three days.  Based on what we’ve seen, absent intervention, that rate does not slow down.  This means, if left unchecked, in 30 days, there will be 1,024 more cases (2x2x2x2x2x2x2x2x2x2) then today.  If we have 100,000 cases right now, we would have 100 million cases in 30 days.  This represents approximately 29% of the US population.  That seems like a huge number, but is it?  Well, 70% of the US population lives in cities of 500,000 or greater, and we know how contagious the virus is.  Along these lines, Angela Merkel (Chancellor of Germany) recently said that she feared that 70 – 80% of Germans could become infected.  She was using this same math.

We will come back to this number, because we can slow this dramatically, and that can make all the difference.

Here’s some frightening news: we only have 900,000 hospital beds in the US.  And that is total, as in, for everything.  Someone has a heart attack, is critically injured, etc. – that person needs a bed.  Additionally, we only have approximately 115,000 ventilators, and that is what most critically ill Coronavirus patients need.

Let’s go back to our numbers.  If we assume that 2.5 million people will require hospital beds in 30 days, and many of them will need ventilators, we are dramatically underprepared.  We simply don’t have the space.

Currently, we have seen mortality rates as low as 1% (China) and as high as 8% (France).  Part of this variance is a function of accurate reporting (making sure we know the real number of cases that should be in the denominator) and a part of it is the adequacy of the health care system.  So let’s look at our example.  If we have 2.5 million critically ill people, and only 115,000 ventilators, we’re in trouble.  Let’s assume that 90% of all people on ventilators recover, but only 50% of people without ventilators do.  That means that we would see approximately 1.3 million deaths, or approximately 1.3% of the total cases.

And these are not worst-case numbers.  If we assume:

These are staggering numbers.

What we can do:

So the key is slowing the rate of increase.  If, instead of doubling every three days, new cases doubled every 10 days, we would have a whole new paradigm.  Observe:

Mortality rate: 1% [slightly lower due to availability of beds]

Unbelievable.  Yet - the math is the math.  By focusing on the important variables, it becomes immediately apparent that flattening the curve either makes or breaks us.

All of this is to say: take this seriously.  Each one of us can flatten the curve, or we can steepen it.  Each one of us can make a choice to fundamentally alter our behavior for the next several weeks.  Yes, it will be ridiculously hard.  But this is a make or break point for us as Americans, and really, as humans.

Steve Gutterman CEO and Board Member, General Cannabis Steve Gutterman brings more than two decades of success building and leading high growth businesses in highly regulated industries, with an extraordinary record of having increased annual revenue and market capitalization of the companies he has led by over $500 million and $2 billion, respectively. Most recently, Mr. Gutterman served as President of Harvest Health & Recreation (CSE:HARV), one of the largest cannabis multistate operators in US, where he was instrumental in taking the company public and led its global operations. Prior to that, he served as CEO of market research company Mobile Accord. The company developed a database of over 400 million users and served customers like Coca Cola, Unilever, P&G and the World Bank, the State Department and the CDC. Before that, Mr. Gutterman served as President and Managing Director of MBH Enterprises, a private equity company that specialized in infrastructure and financial services. Mr. Gutterman also served as Executive Vice President and Chief Operating Officer of E*TRADE Bank (NASDAQ: ETFC), a $35 billion federally regulated thrift. Mr. Gutterman holds a JD/MBA from Columbia University and BA in Political Science from Tufts University.